DANVILLE — Close to 200 Danville Area School District teachers walked off the job and onto the picket lines. The teachers have been working without a cont... 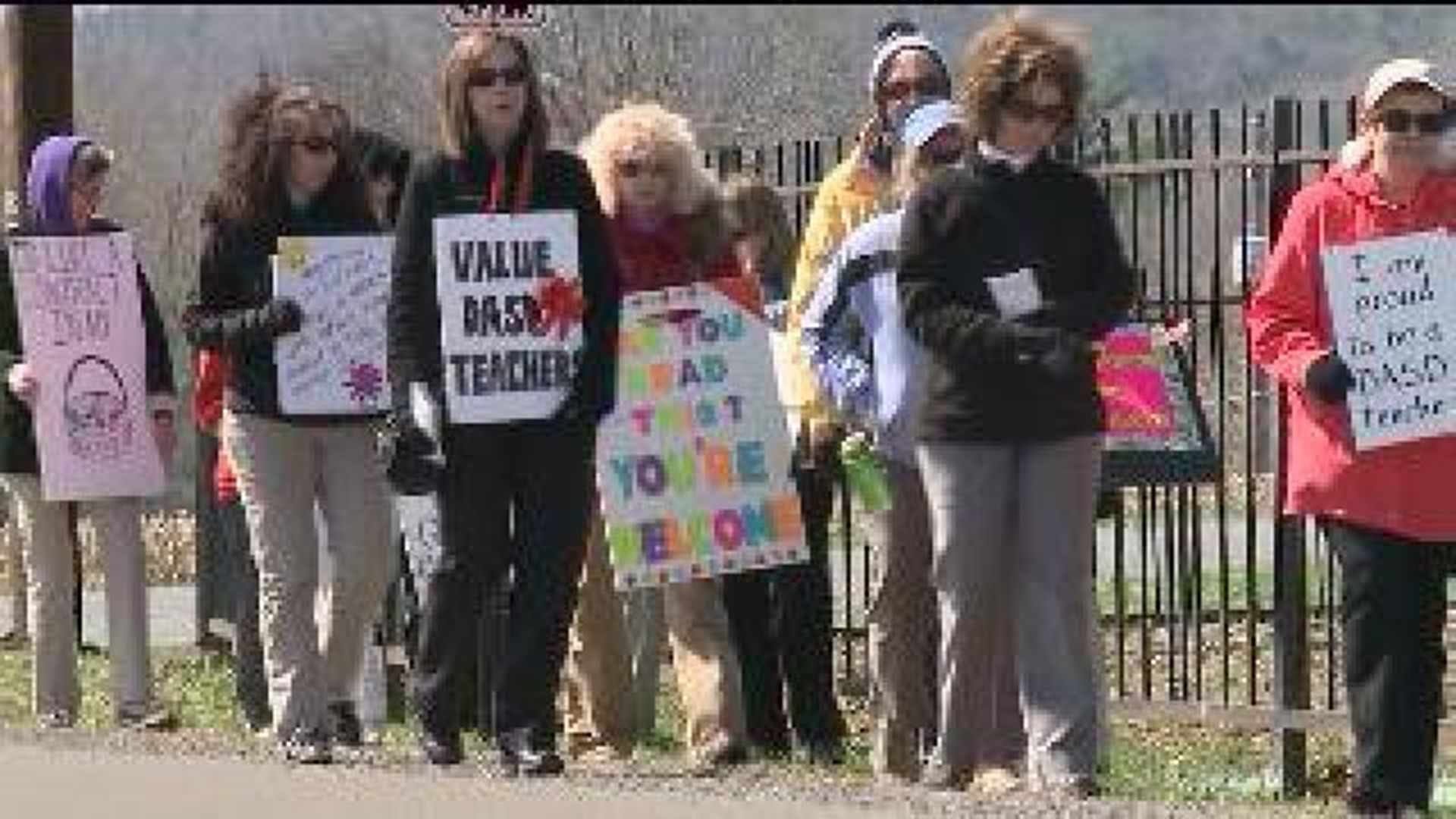 DANVILLE -- Close to 200 Danville Area School District teachers walked off the job and onto the picket lines. The teachers have been working without a contract since 2012.

After a last-minute negotiation session ended Wednesday night without an agreement, the strike began at 7:30 a.m. Thursday.

"If we did not feel we were doing the right thing, we would not be out here," Dave Fortunato said.

"Out of the 17 districts in the IU, we are ranked 9th on the average salary. We're number one on every other category educationally," Fortunato said.

The president of the state's education association calls the teachers' strike a last resort.

After failing to come up with an agreement last night, this is what the president of the Danville Area School Board had to say:

"All contracts are eventually settled we would hope it would be sooner than later and I have no prediction," Allan Schappart said.

Some parents say they agree with the strike but many others say they are not happy about it and it's an inconvenience to their families.

"I personally have family vacation time planned for this summer that will most likely be cancelled now for the entire family because of snow days and now the strike," Justin Ganson said.

The union president expects the teacher's strike to last five or six days, and the superintendent confirmed graduation will be postponed because of the strike, but the new date for graduation has not been set.

"Personally I think it's kind of ridiculous that they went out this late in the school year. They could have waited. That's my opinion," Estella Hower said.

Union officials say day two of the five or six day strike won't be until next Tuesday because Friday and Monday are already scheduled as spring break days off from school.

According to the union president, there are currently no other meetings scheduled between the teacher's union and the Danville Area School Board.

Wednesday night, union leaders met with Danville Area school officials in a closed door negotiation session for nearly four hours but could not come up with an agreement.

According to the state education association, in 2010 and 2011, the average salary of a middle and high school teacher in the Danville Area district was $51,990 which is lower than eight other school districts in the area.