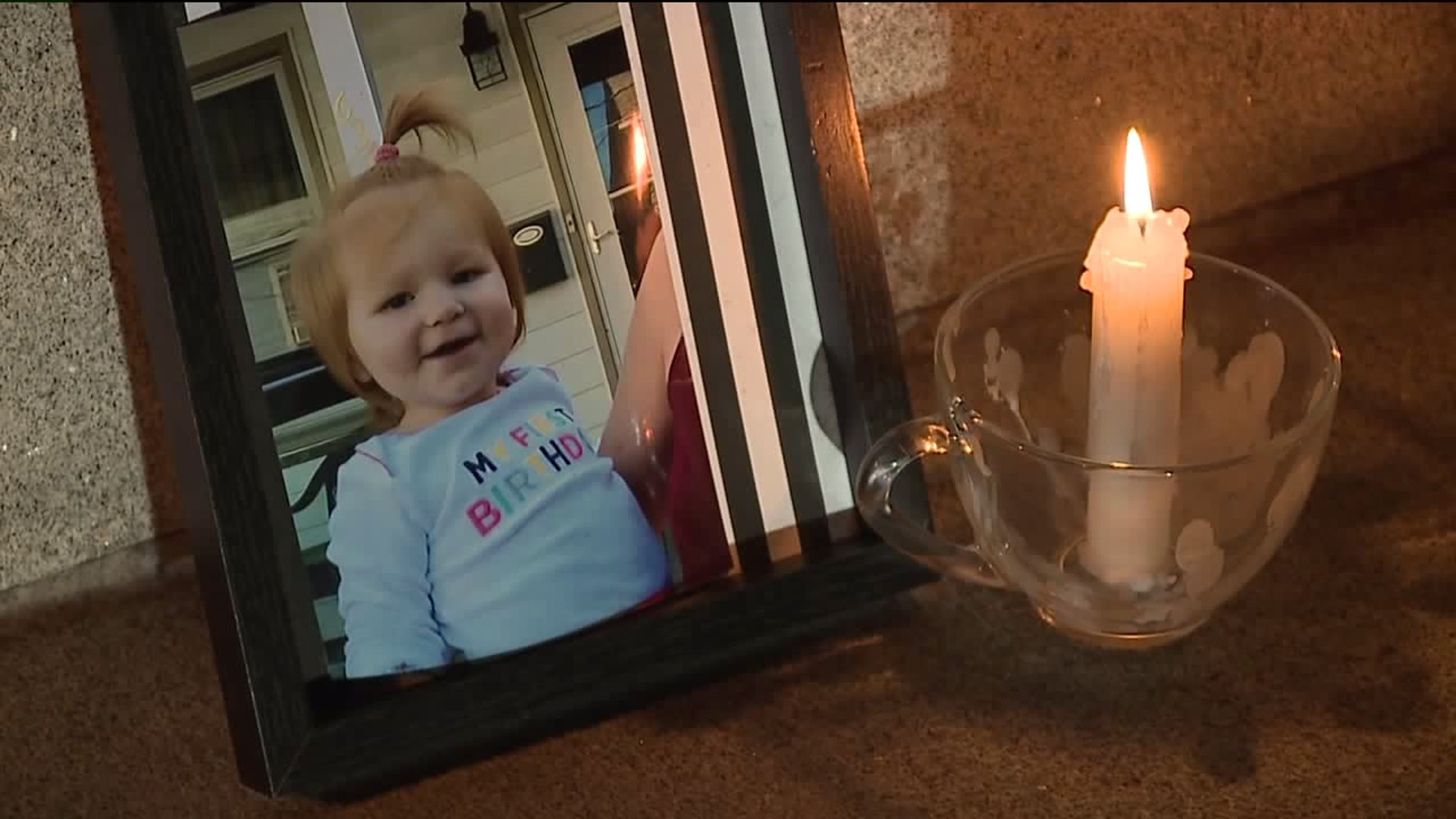 Arabella has been in critical condition at Geisinger Medical Center for more than a month.

State police say her mother's boyfriend, Jahrid Burgess, 19, brutally beat the child inside her home near Trevorton on October 10.

The candlelight vigil was to send prayers to Arabella as her family prepares to do the unthinkable.

“We're going to remove her from the breathing machine tomorrow and see if she makes it. If not, she's just going to go to heaven,” said her aunt, Mandy Kegler.

Kegler is Arabella's legal guardian since Arabella's mother, Samantha Delcamp, and her grandmother, Christy Willis, were also charged in this investigation.

They and Burgess remain locked up.

“It's very emotional. It's so hard. Never in a million years thought that we would ever have to deal with anything like this,” said Sarah Delcamp, Arabella’s other aunt.

“Please, please pray for this little girl, even after you go home, even if you don't believe in it, have someone do it for you. She really needs our help,” organizer Anna Maxwell told the crowd. “And there are blue ribbons over there. It is for child abuse awareness.”

Organizers here believe what happened to Arabella struck such a strong chord with people because, after they announced this vigil, other communities responded, saying they too would hold a vigil to support the little girl.

“Trevorton, we had Bloomsburg, New Columbia, we had some in the UK, all over the UK, yeah, they're everywhere, Florida,” said Maxwell.

Investigators say if Arabella does pass away, Jahrid Burgess will be charged with homicide. 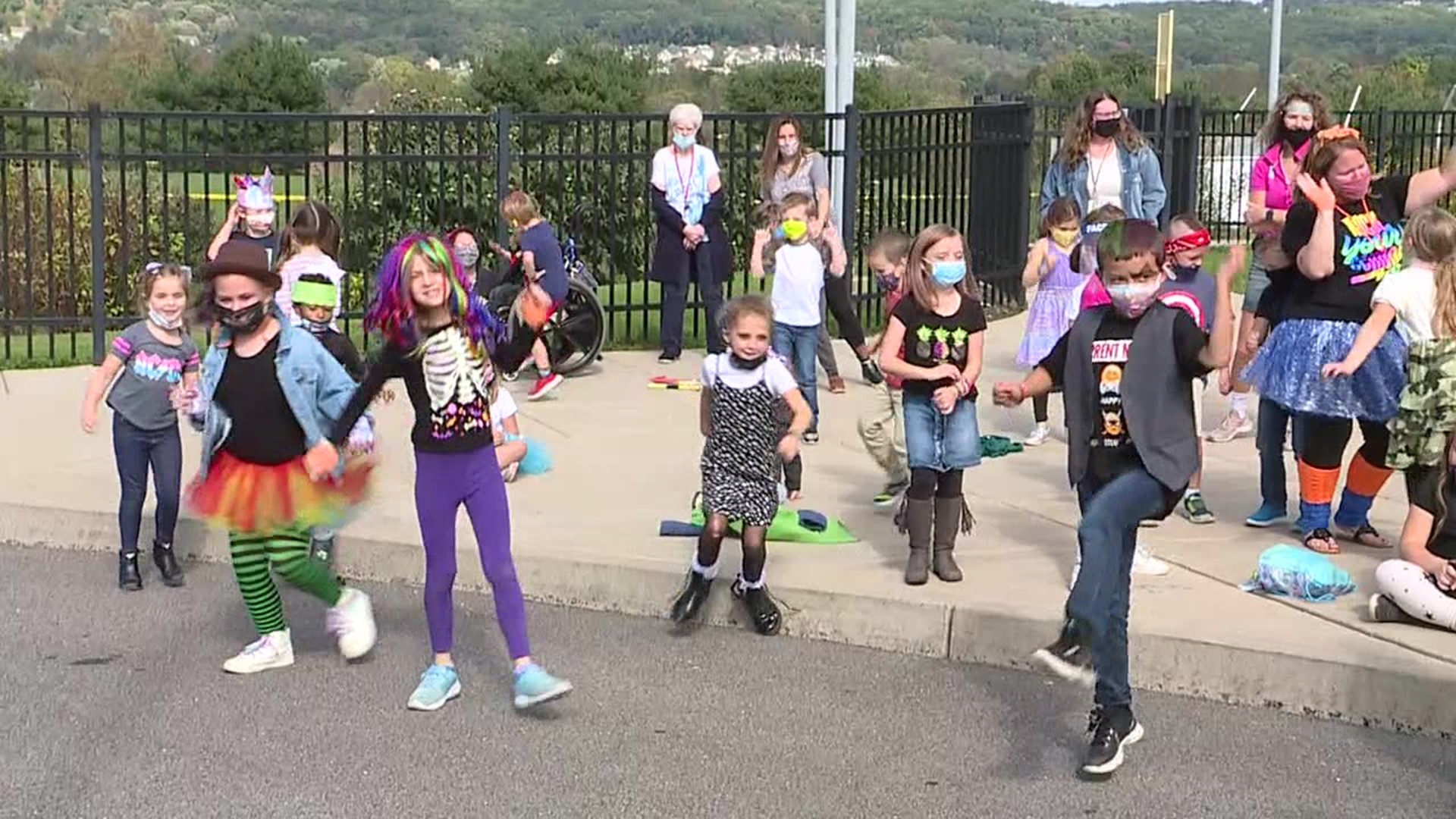