After Near-Fatal Fall, Outdoorsman and Doctor Recall Long Road Back to Adventure

GEISINGER MEDICAL CENTER — An avid outdoorsman wasn’t sure he’d get his active life back after a near-fatal fall left him with serious injurie... 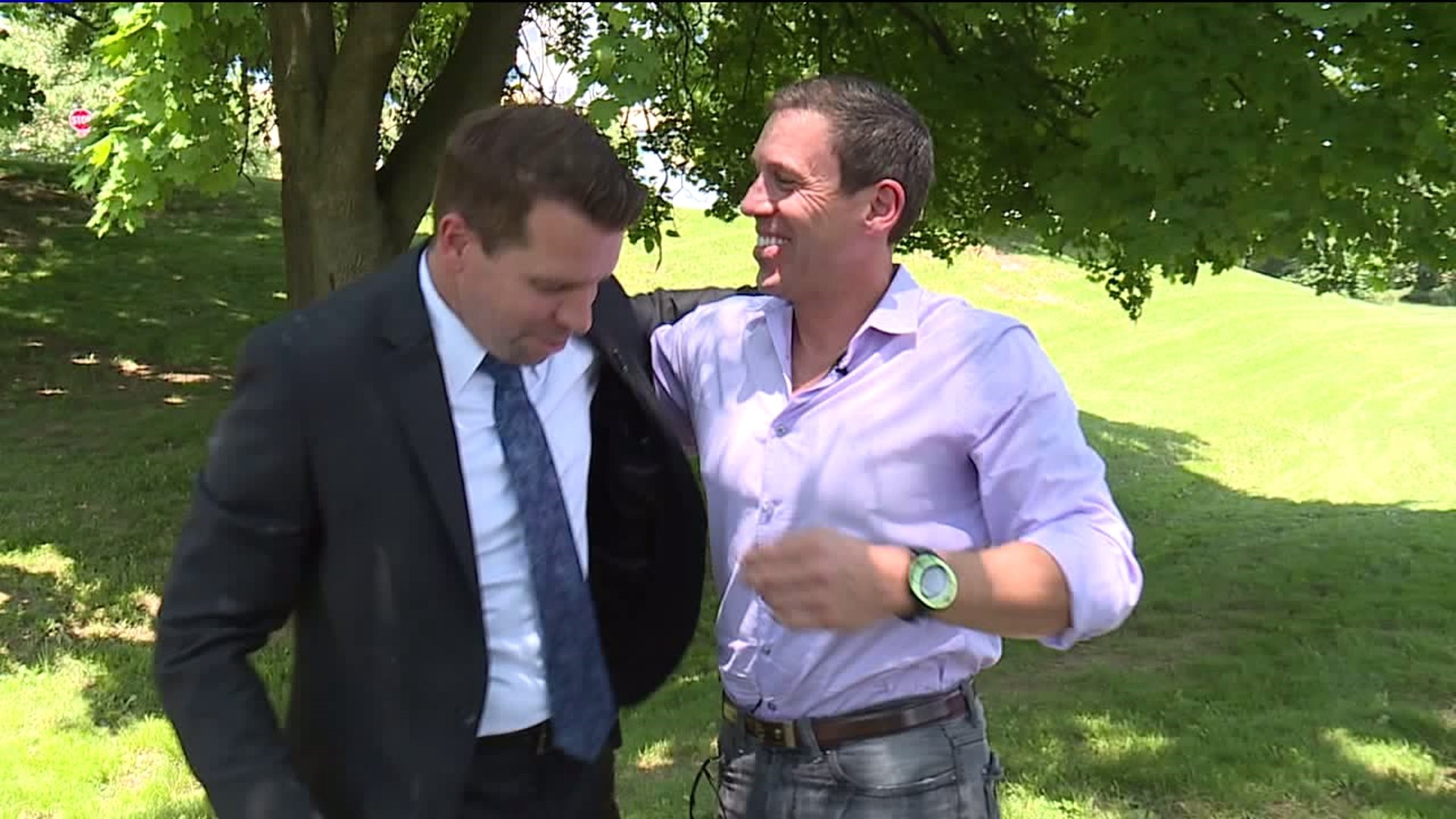 GEISINGER MEDICAL CENTER -- An avid outdoorsman wasn't sure he'd get his active life back after a near-fatal fall left him with serious injuries years ago.

But he says a kindred spirit -- his surgeon at Geisinger Medical Center -- gave him back not only his legs but his sense of adventure, too.

This was a reunion years in the making between Dr. Jim Widmaier, an orthopaedic trauma surgeon at Geisinger Medical Center and a patient of his -- engineer and businessman Carl Byington, who now lives in Georgia.

Carl is a hiker, a kayaker, scuba master, and many-time marathoner. He was exploring the outdoors, climbing in West Virginia with a buddy, when he took a terrifying fall.

"I had a piece of protection that just pulled out. I jumped away, my protection pulled, and I fell 70 feet, pancake, onto a rock outcropping," Byington recalled.

At the last second, the rope jerked him upright saving his life, but slamming both his legs into rock.

He was taken to a hospital, but because he'd lived in State College he requested to be flown to Geisinger.

This, recalls Dr. Widmaier, was just before the hospital switched to digital medical records.

"In Carl's case, I did not have an outside image. I had somebody's description of what it was without images. It's like opening a Christmas gift and accepting it in one of these round-robin tournaments, you just don't know what you're getting," said Dr. Widmaier.

Carl had substantial injuries, multiple compound fractures that required five surgeries and a bone graft. Losing a leg or foot was possible.

"The number one goal when you have someone with an injury to an extremity is you want to prevent them from losing it. Number two would be to function later. But in his case, his demands were exceptional," recalled Dr. Widmaier.

And so are his accomplishments since being treated at Geisinger. Carl has run seven marathons since then, all over the world.

Dr. Widmaier credits Carl's determination for his healing. Carl says his surgeon made the difference.

"It was really an emotional time to regain that independence, for me and for my family. That's the gift Dr. Widmaier gave me."