POCONO RACEWAY — We may have a new world record set at Pocono Raceway on Wednesday, but not the kind of racing record you might be thinking; one for the l... 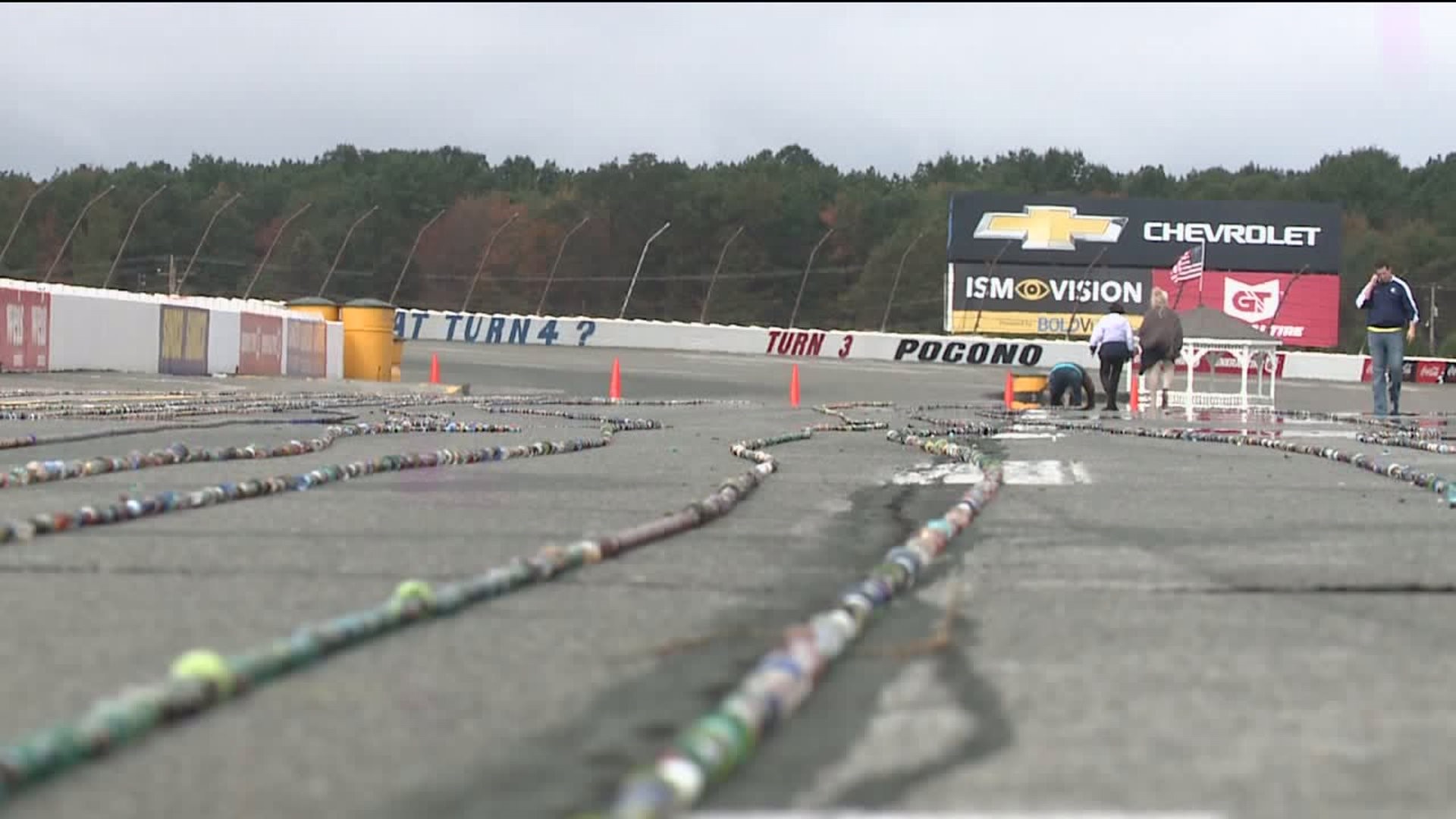 POCONO RACEWAY -- We may have a new world record set at Pocono Raceway on Wednesday, but not the kind of racing record you might be thinking; one for the longest necklace ever made.

The marching band from Honesdale High School made its way onto pit road at Pocono Raceway, part of a big celebration for what could end up being a world record breaker.

Skycam 16 flew over the strands of beaded necklace miles long -- the handiwork of many students who were on hand to take part in the big day.

"I think I put on about 50 or so. A bunch of my friends and I worked on it during lunch," said Forest City senior Katie Nguyen.

"I thought it was cool. Our school was going to be part of something in the World Guinness records," said Forest City seventh grader Sydney Hodges.

This is the result of months of planning and beading, a labor of love from Maryann Corey who runs a cancer retreat called Lonakana.

"Every age group, we had from 5 years old up to a nursing home that helped us," Corey said.

After storms messed with the necklace Tuesday night, a survey crew came in to officially measure it back and forth end to end.

"That didn't help. Once they laid it down, I think movement was made, but we got it back in order," said Bob Mendola of Mendola Surveying.

Then, the moment of truth. The final measurement was in: nearly six and a half miles long, enough to go around the racetrack twice.

More than six miles of beaded necklace on Pocono Raceway -- it didn't happen overnight. There were tons of kids at summer camps in Wayne County, at schools throughout Pike, Wayne, and Susquehanna Counties working to put bead by bead here to beat the world record.

"That's how we should be in the world. Everybody do a little bit, and it gets done," said Corey.

Now, the necklace will be cut up to make much smaller necklaces for sale to help pay for the free retreat for cancer patients.