Wintry Weather Knocks Out Power in the Poconos

MIDDLE SMITHFIELD TOWNSHIP, Pa. — The lights have been out for thousands after Sunday’s winter storm left quite a mess in the Poconos. A parade of p... 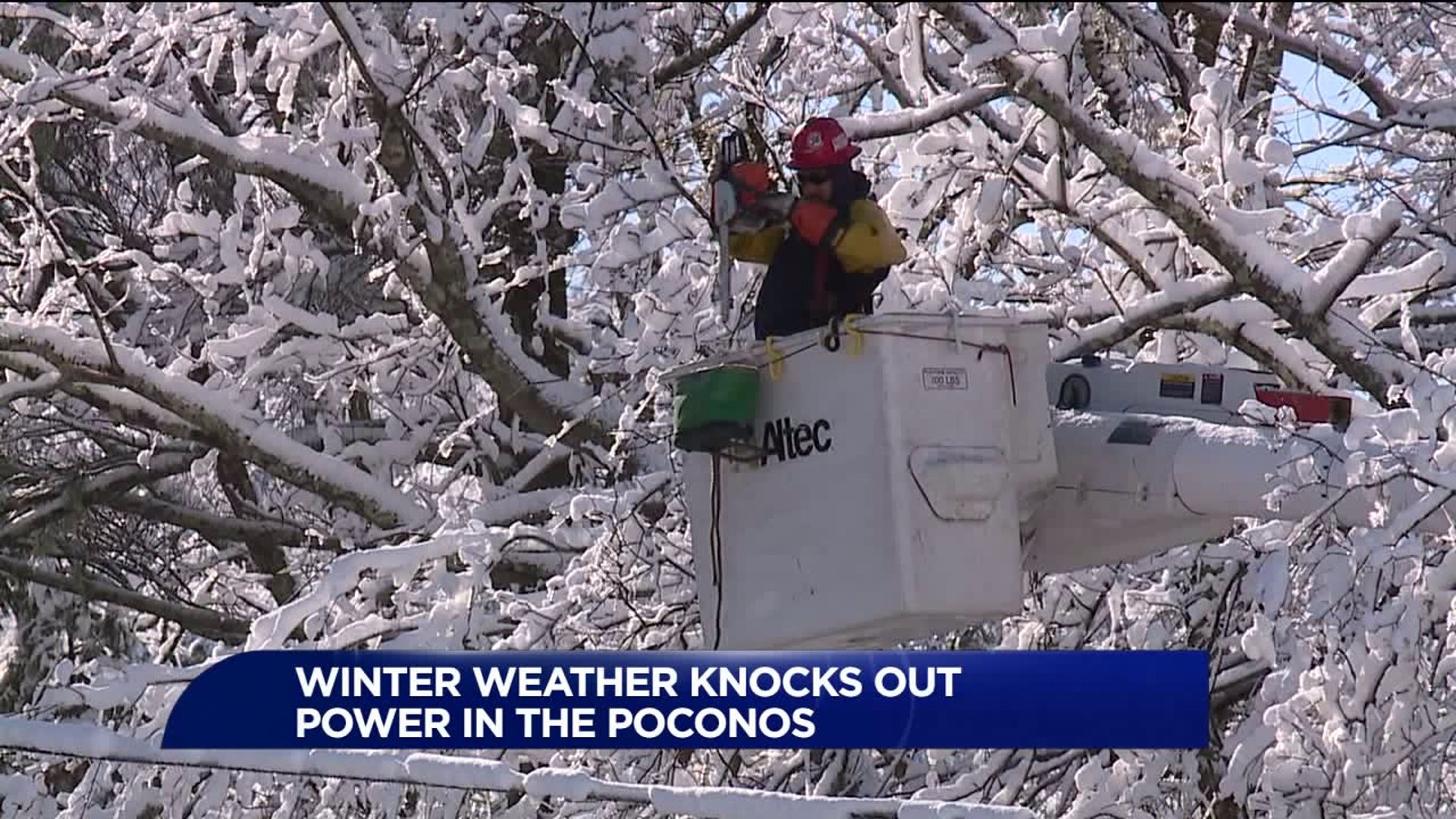 MIDDLE SMITHFIELD TOWNSHIP, Pa. -- The lights have been out for thousands after Sunday's winter storm left quite a mess in the Poconos.

A parade of power crews could be seen driving down Interstate 80 on Tuesday in Monroe County.

Some others were spotted fixing power lines near Marshalls Creek.

The winter storm knocked out the lights for more than 5,000 homes and businesses in Monroe County.

"This is I think day two, like two and a half days somewhere around there. Supposedly tonight, they will have it back on again. I hope so," said Karl Lohmann, Middle Smithfield Township.

In Middle Smithfield Township, plenty of people were dealing with no power.

Michael Welten joked that it was warmer outside than it was inside his home.

"Kind of used to it, but it's not fun. It's not like second nature type thing. It's like, 'Oh, not again,' you know what I mean? You go with the flow," said Welten.

People who live in this area tell Newswatch 16, a big problem is that they are surrounded by a bunch of trees. When we do get a heavy snowstorm, sometimes the trees come toppling down, just like the one behind me, and hits power lines.

"That's the whole problem, it's why we lose our power, the trees. They cut them all back last year, back off the lines but still out," said Frank DeNora, Middle Smithfield Township.

Frank DeNora was dressed for summer. That's because he learned his lesson from previous storms.

"I got a generator. I got the whole house going, so we are doing OK," said DeNora.

According to outage maps, some homes and businesses may not have the power turned back on until Wednesday afternoon.

Links below provide the latest power outage information for your area.