MONROE COUNTY — Snow and heavy winds led to crashes all over and trapped travelers. Many people were sitting on interstates, like Interstate 380 in the Po... 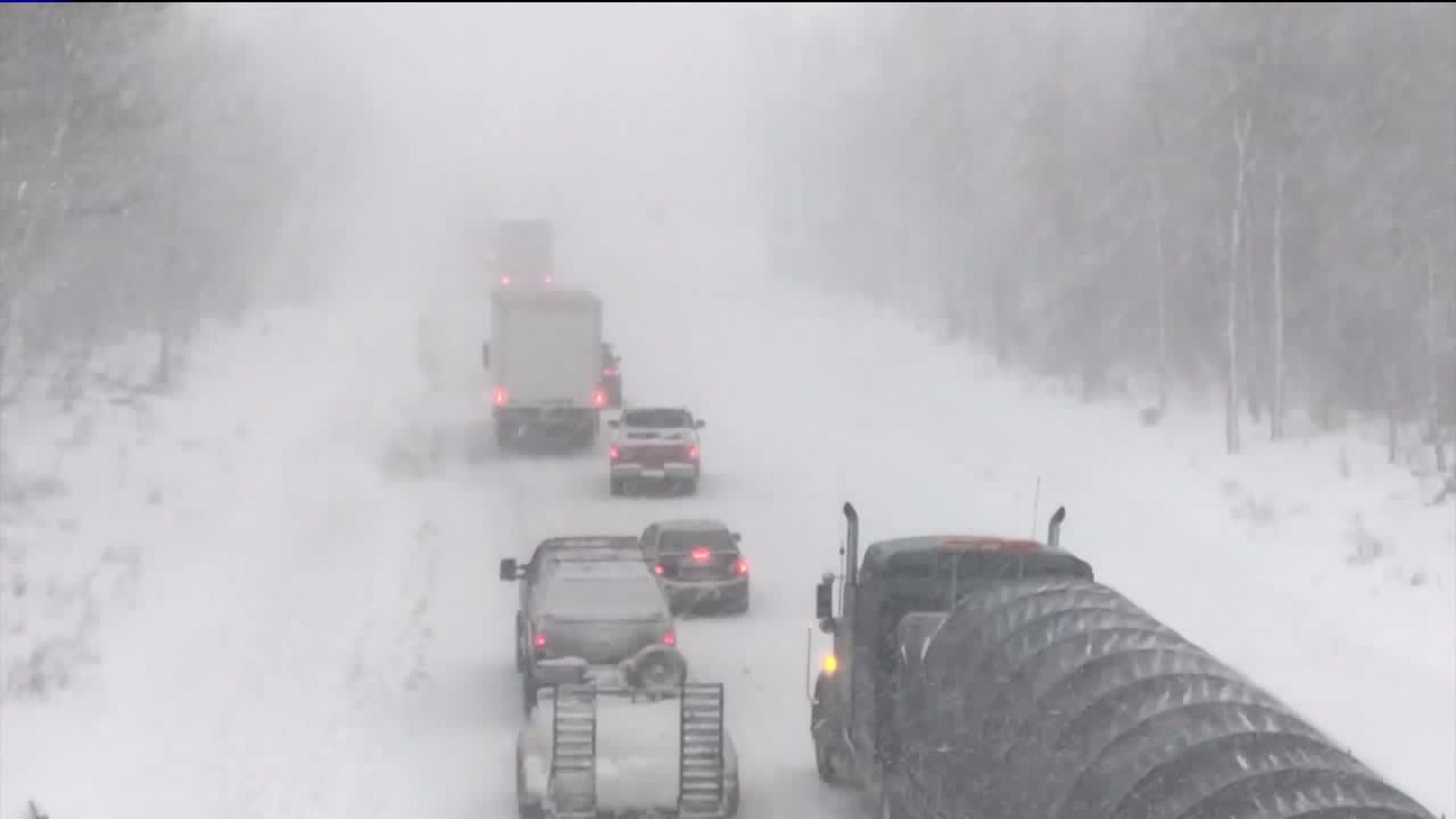 MONROE COUNTY -- Snow and heavy winds led to crashes all over and trapped travelers.

Many people were sitting on interstates, like Interstate 380 in the Poconos for hours on end, running low on fuel and patience.

"Tried to go the back way since 380 was closed, and the roads were really bad. I kind of peeled off to the side, got stuck for maybe an hour. Luckily, a fellow Tobyhanna employee helped me out,” said Bryan Ranallo of Scranton.

A service plaza near Gouldsboro was packed with weary drivers and their families.

Burger King ran out of burgers because of the crowd.

Many folks camped out for hours when they got word Interstate 380 was closed in both directions.

"It took me about maybe two hours from Scranton to get down here, and when we received a notice, we got off at the next exit and been stuck here ever since,” said Alina King of Kunkletown.

"It's been horrible. I was stuck on the side of the road since 9:30. My insurance company wasn't able to send me tow trucks. I called state troopers, and they never sent anybody, and around 2 o'clock somebody finally was able to pull over and pull me out of my ditch, and now I'm stuck here because the highway is closed,” said LaToya of Scranton.

Travelers who tried to find detours around those closed interstates often found other problems on side roads, like downed trees blocking roadways, stranded and stuck vehicles, too.

"We've been here since 11 o'clock. That's right. The man gave us terrible directions. This is no place to take a semi-trucks. We were on the safe haven right on the interstate. We could have just stayed there. There was no reason to divert us onto this road. We're here so long the brakes froze up on the trucks. That's what we're doing now,” said trucker Bruce Brooks of Scranton.