Veterans Park in East Stroudsburg has been spruced up and the work was showcased on Veterans Day. 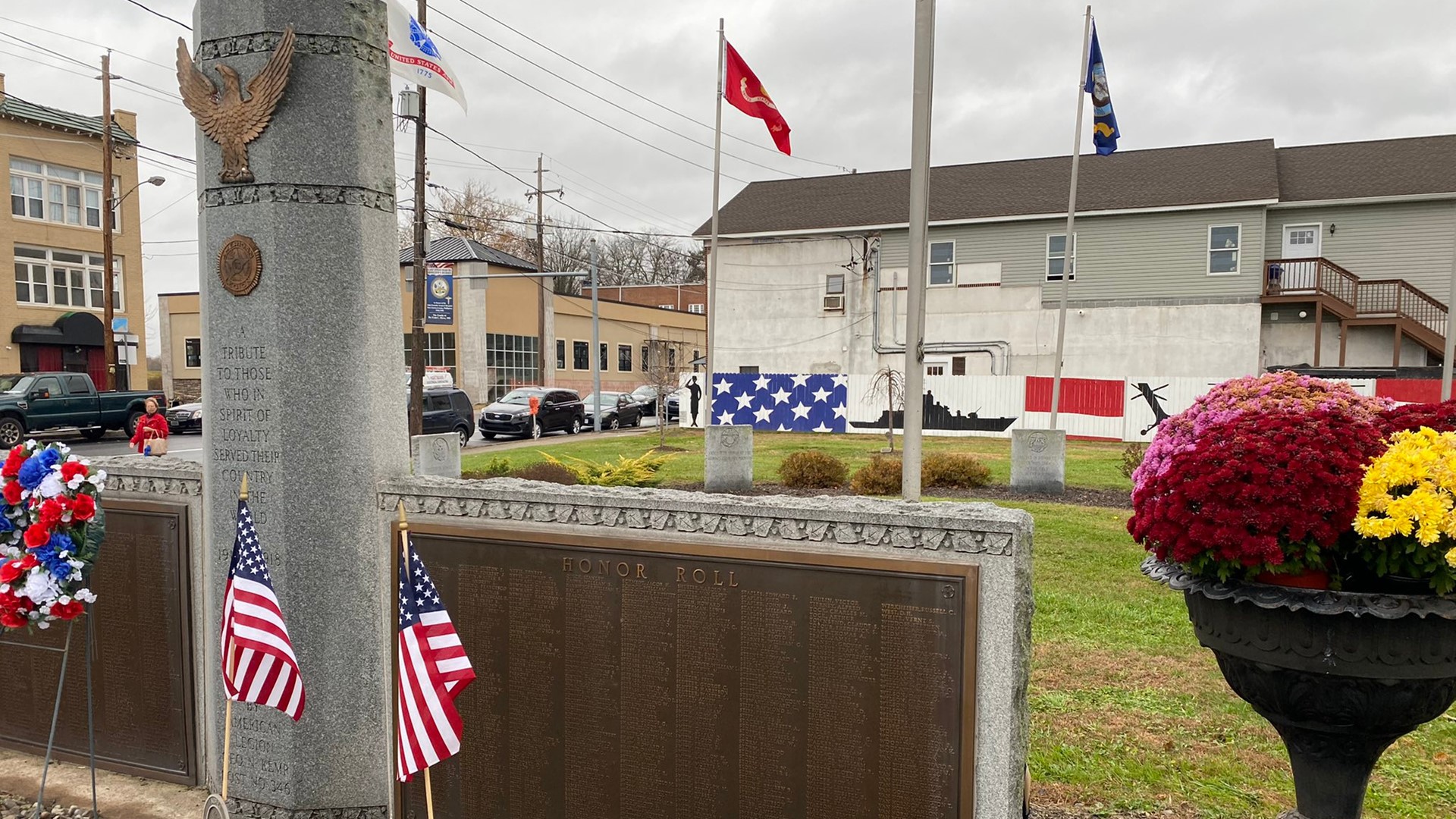 At the entrance to the borough, just past Veterans Memorial Bridge, is Veterans Park.

Borough officials have been working to spruce it up and wanted to unveil the work on 11/11.

"We planted new things, fixed some stuff up, new flags, etcetera. A lot of old trees were taken out, bushes, etcetera. We thought it was time to do this, get it done and especially on 11/11, Armistice Day or Veterans Day, to honor our veterans," said Bill Reese, the president of the East Stroudsburg borough council.

Some other work includes newly painted panels dedicated to branches of military service.

The painting was done by local artists.

"You'll see all stones here represent the different services, and all I can say is I am a proud American. I served my country, and that's about it. I'm thankful every day I came back alive," said Ross.

"I see they have the ship there. I saw that. So that's good, yeah," said Frank Lanterman, a U.S. Navy veteran.

There's still some work to be done at the park. A sidewalk will go along the artwork. Some local veterans also want to add some special touches.

"I see they don't have any benches. I must ask whoever is in charge if I can donate maybe a cement, something people can't steal, a cement bench, or something that they can put somewhere," said Lanterman.

Maury Molin is a member of the East Stroudsburg borough council. Refurbishing Veterans Park was a big project for him.

Stone tributes to different military branches also make up part of the park, as well as Hometown Hero banners.

Borough officials hope to continue adding to the park as the years go by.