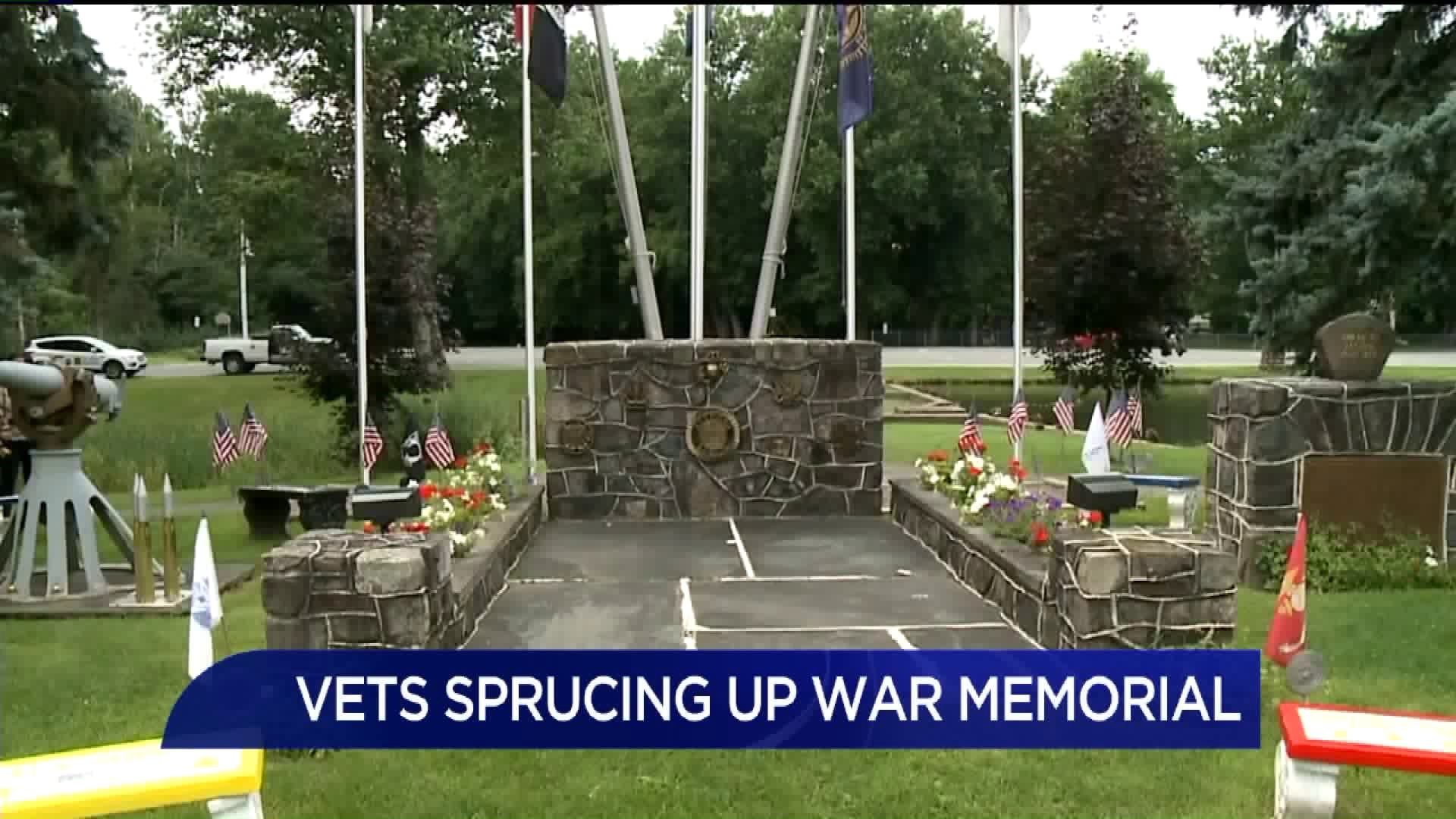 POCONO TOWNSHIP -- Commander Thomas Bowditch with the American Legion Post 903 has put a lot of work into making the Tannersville War Memorial look presentable for visitors.

This year, he's hoping to do a little more, but can use some help from the community.

"We've been trying to fix up and rebuild the war memorial for the last five years. We are a small group of 45 veterans. We don't have a post. We don't have a way to raise money except ask the community for help," said Commander Thomas Bowditch, American Legion Post 903.

Bowditch is hoping to raise $5,000 to repair the war memorial in Pocono Township. Money raised would be used to clean and fix all the cracks, as well as other odds and ends.

"If you look at the war memorial, there's a lot of cracks, broken molds, loose brick. That is part of what we want to get done this year. We want to put a walkway in the front so all the park benches are on a nice level walkway, and of course, it's the 100th anniversary that we entered World War I, so we are putting up a plaque also from everyone in Monroe County who died in World War I," said Commander Bowditch.

Besides repairing the wear and tear, the plan is to also expand this memorial, to make sure everyone from Monroe County who lost their lives serving their country will be remembered here.

Over the years, members of the Legion noticed more and more people coming to look at the names etched into the memorial.

Bowditch says he wants to make sure everyone is represented.

"Next year, we are hoping to start working on our World War II monument here, of course after that then Korea, then our War on Terrorism, especially for our young kids. It's going to be an ongoing project for at least the next five years," said Commander Bowditch.

If you would like to contribute to the repairs, you can send donations to: