Veteran from the Poconos Recalls D-Day

MOUNT POCONO, Pa. — It was 75 years ago when a man from the Poconos helped paratroopers who spearheaded the invasion of Normandy, France on D-Day. He̵... 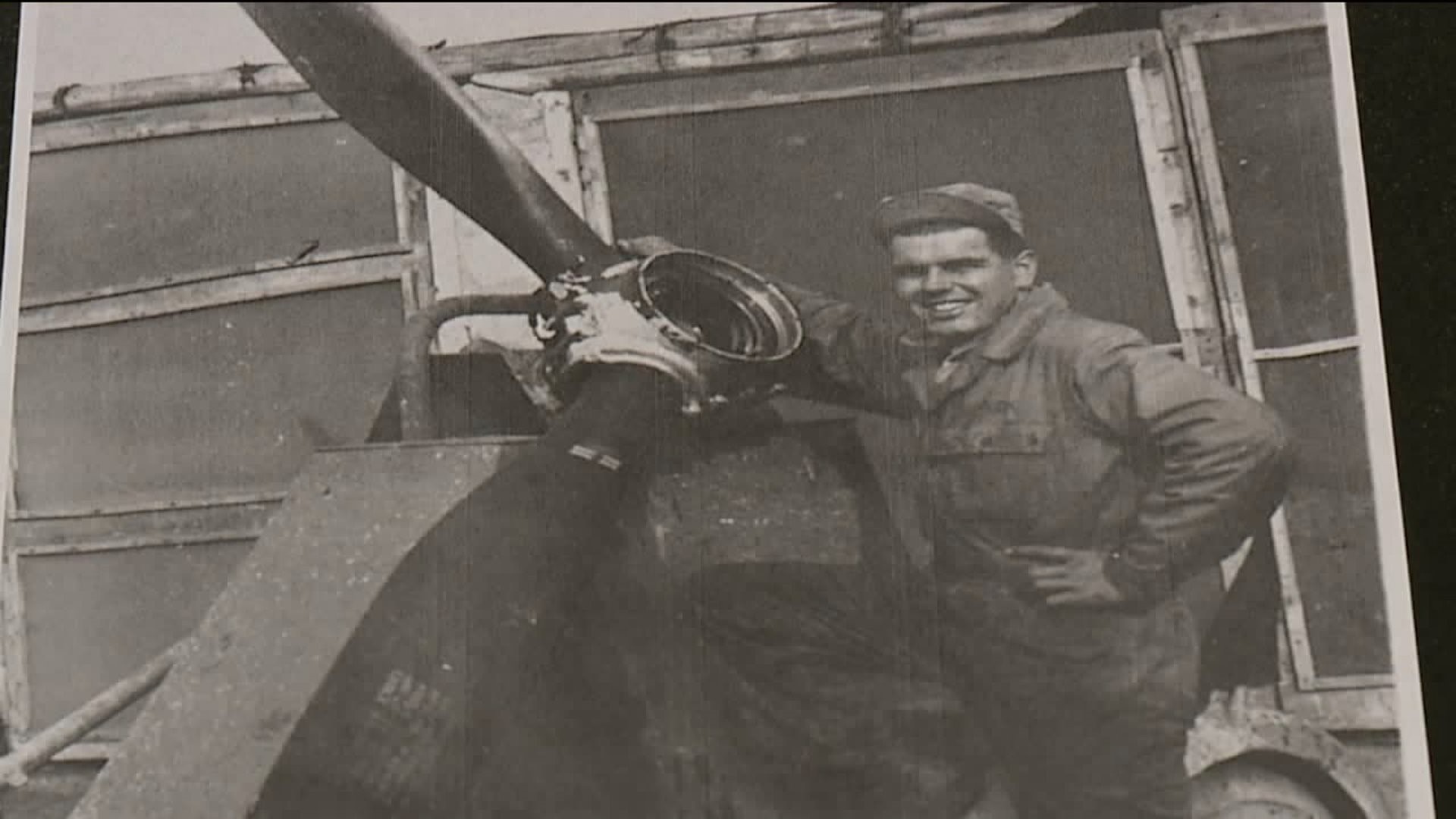 MOUNT POCONO, Pa. -- It was 75 years ago when a man from the Poconos helped paratroopers who spearheaded the invasion of Normandy, France on D-Day. He's just about to turn 100 years old, but his memories of D-Day are still fresh in his mind.

Davis was in his early 20s when history was made with the D-Day invasion in 1944.

"The big question was: are you going to survive?"

Jack, as he's known by family and friends in Mount Pocono, says even at age 99, images from that day are still with him.

"That day made a man out of you really big in a hurry. The big question was: are you going to survive?"

Jack didn't storm the beaches of Normandy on June 6, 1944. His job was in aviation, inspecting planes that carried the paratroopers to Normandy from an airfield in southern England.

"The one airplane came back and the pilot got killed. There were a couple airplanes that didn't come back for the same purpose," he recalled.

Jack has a lot of photos from his time at war. In the pile is one of the most iconic images from D-Day. When Gen. Dwight D. Eisenhower visited a group of paratroopers about to leave for the invasion, Jack was just steps away.

"This group in these cars, these fancy cars, well I moved aside and here comes Gen. Eisenhower, comes up to talk to these people and I was only about, I'd say 10, maybe, possibly 20 feet away from him. Right off his right shoulder, right there as if I was taking the picture. After Eisenhower, we didn't sleep much that night more out of anxiety than anything else."

Jack says with so many people from that era passing on, it's important to keep that part of history alive, never forget the invasion and the sacrifices that were made by so many.