Vandals Blow up Mailboxes in the Poconos

ROSS TOWNSHIP, Pa. — Someone is blowing up mailboxes in one part of the Poconos, and state police are trying to figure out who is responsible. This is all... 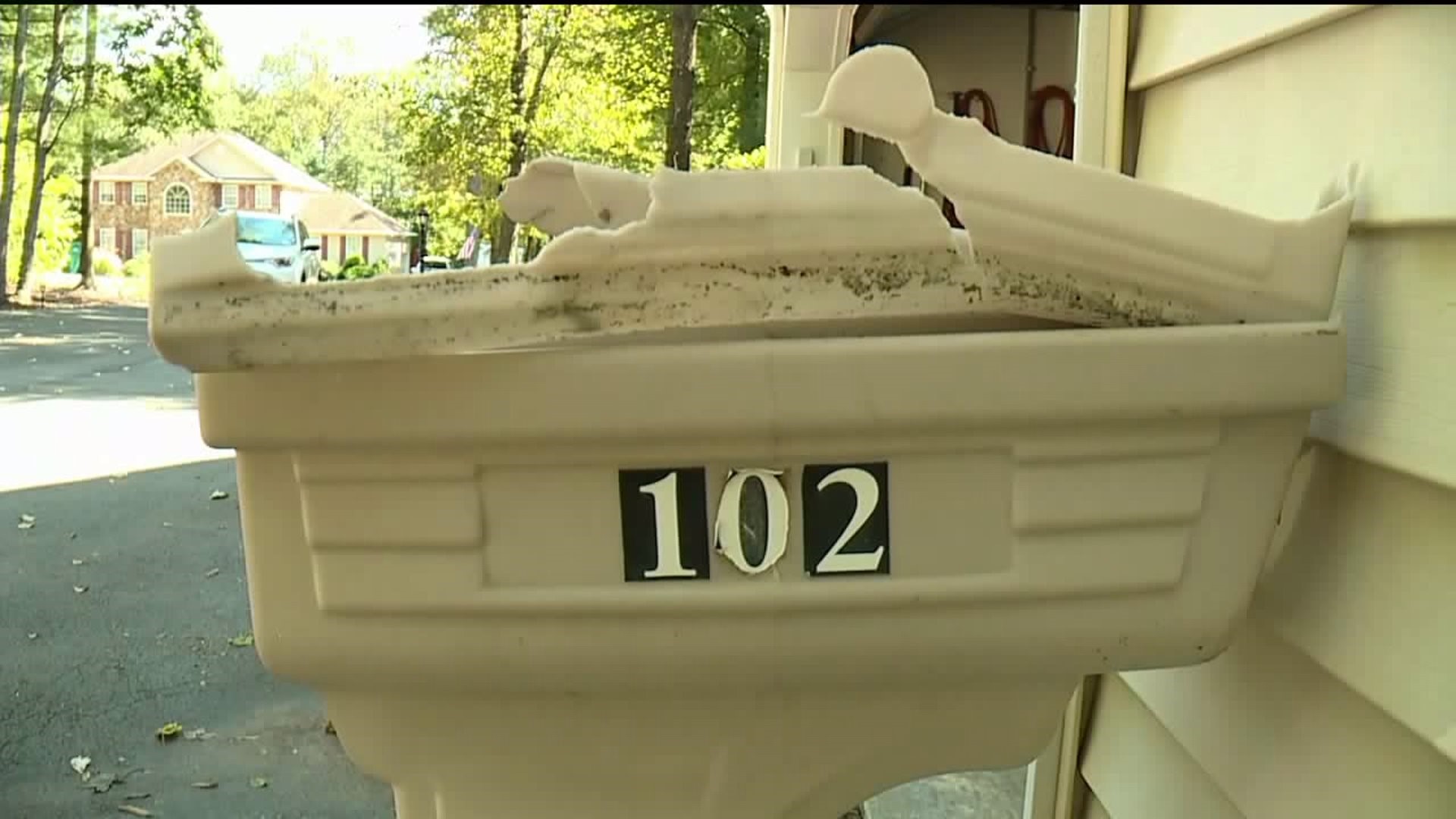 ROSS TOWNSHIP, Pa. -- Someone is blowing up mailboxes in one part of the Poconos, and state police are trying to figure out who is responsible.

This is all that's left of a mailbox that used to sit outside of this home.

A homeowner on Springhouse Drive near Kunkletown tells Newswatch 16 says someone blew up their mailbox on Tuesday night.

"We heard like a big boom. The windows shook, and my kids got a little scared. We thought it was fireworks, but it wasn't," said Magdalena Krzyzewska of Ross Township.

State police in Lehighton are trying to figure out who is responsible for the vandalism.

Another mailbox was reportedly blown up on the same night in Eldred Township on AFD Lane, about six miles away.

People who live in the area tell Newswatch 16 it is a quiet place, so when that big boom went off, it shook everyone.

"The next thing we heard was this huge explosion. It was pretty big and a white flash. Then my husband went running out," said Lisa Bien of Ross Township.

Bien lives right across the street from where the mailbox was blown up in Ross Township. She says she saw a car with its headlights off speed down the road.

"I did see a car go by with their headlights and I saw them slow down, but I thought they were just pulling into the driveway," Bein explained.

"It was a little scary for me and my kids," Krzyzewska added.

Neighbors hope home surveillance video will catch whoever is responsible.

Anyone with information on the vandalism should contact state police in Lehighton.