MIDDLE SMITHFIELD TOWNSHIP– A cellphone camera captured the disturbing sight along Route 209 near Marshall’s Creek. A car sitting by the side of the... 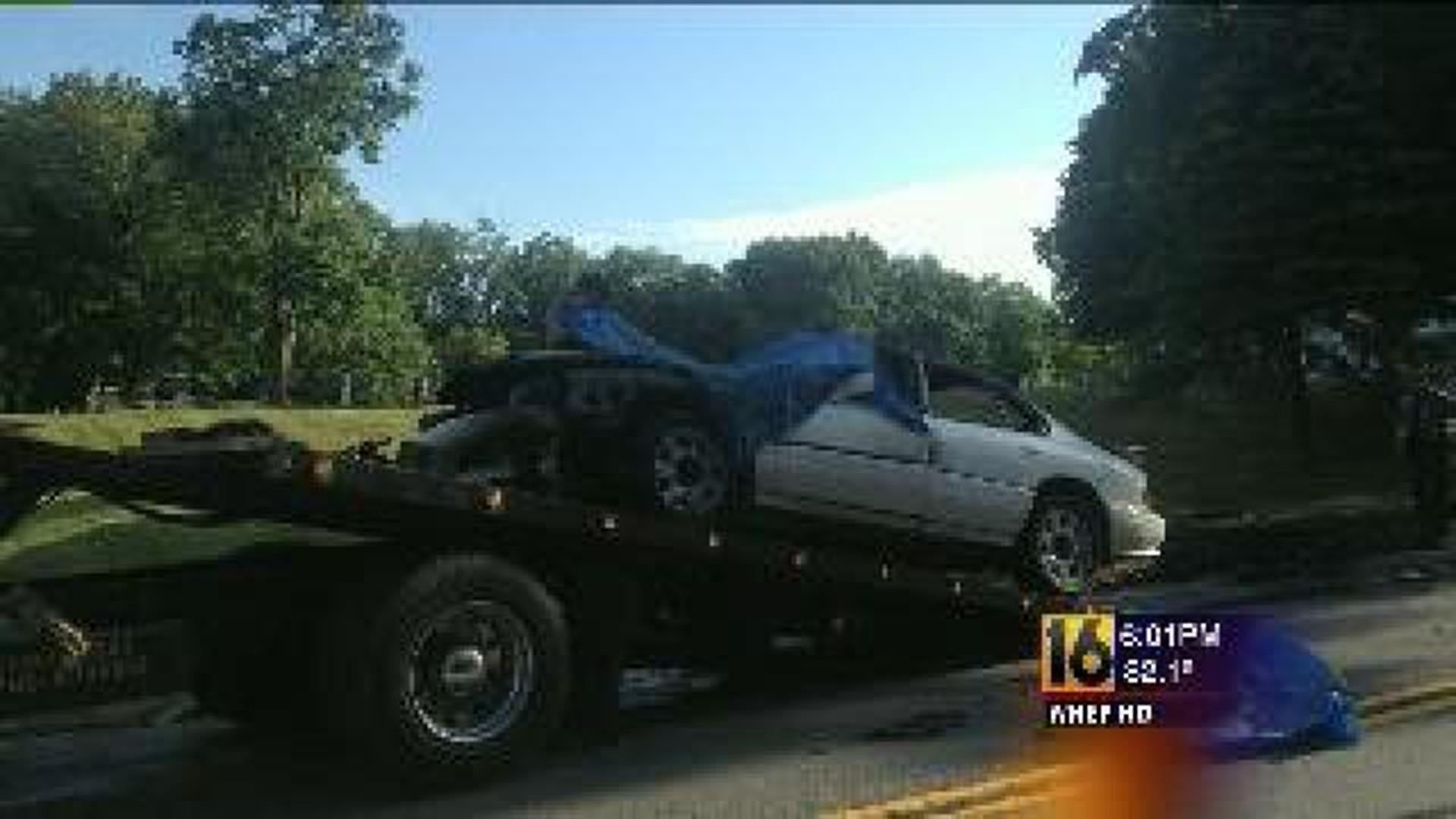 MIDDLE SMITHFIELD TOWNSHIP-- A cellphone camera captured the disturbing sight along Route 209 near Marshall's Creek. A car sitting by the side of the road fully engulfed in flames.

Police have not been able to identify the driver of the 1994 Pontiac Bonneveille, a woman who was pronounced dead at the scene.

The fire happened just a few yards from the parsonage of the Middle Smithfield Evangelical Presbyterian Church, but the pastor and his daughter say the flames were so intense that they didn't even realize there was a woman inside the car.

"I feel a little guilty for not having gone to check. I was a little bit afraid the gas tank might explode or something. I don't know what happens in these situations. It's just real tragic," Says Pastor Jeffrey Brower.

State Police closed the road for several hours after the accident.

Investigators continue to look for the cause of the fire and the identity of the victim.

Pastor Brower says he is praying they find the answers.

He says, "I just pray that her family, whoever they are, will recognize quickly that is was her and find them."

An autopsy is scheduled for Monday to determine the cause of death and information that could help identify the victim.