CRESCO — Eric Frein has not been caught as we enter the third week of the search for the suspected trooper killer. State police remain in Monroe County bu... 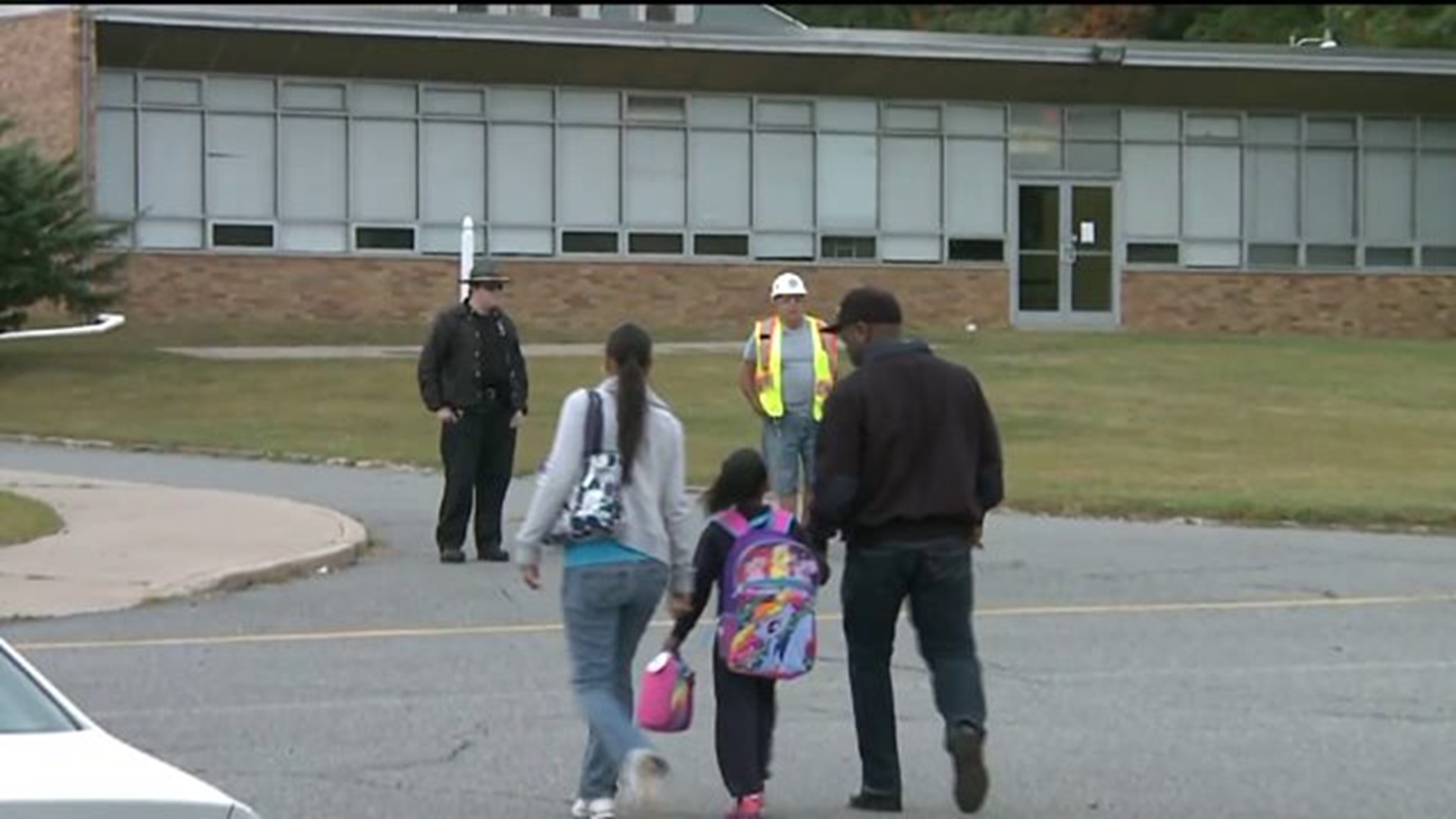 CRESCO -- Eric Frein has not been caught as we enter the third week of the search for the suspected trooper killer.

State police remain in Monroe County but some school districts that have been shut down since the beginning of the search returned to business as usual on Monday.

Msgr. McHugh Elementary in Cresco closed when the search for accused cop killer Eric Frein moved into this area. This is the first day of class here in more than a week.

Daisy and Errol Nicholas were there Monday morning to drop off their daughter Siana in the second grade.

"A little nervous, a little scary, hoping everything will be OK throughout the day. They took measures, checked the building," Daisy Nicholas said.

Nicholas said she'll be nervous at home, waiting for the school day to end, and for her daughter to come home.

By looking around the school, it's clear that administration officials at Msgr. McHugh have taken steps to make sure students are safe.

"I see they took measures and they got them a constable. They got the school secured and a plan in place," said Errol Nicholas.

It seems a lot of people are concerned about the search for Eric Frein but they also see the need to get back to a normal routine.

"Of course, you're worried. School is open. We love for them to get back to school and their room, but you're always going to be worried," said Arthur Nozad.

Nozad was at Msgr. McHugh to drop off his granddaughters. He says he's discussed the situation with them, saying it's important they know what's going on, in nearly their back yard.

Evergreen Charter School in Barrett Township also reopened. The director says she knows students will be safe but she understands if worry remains.

"Their absences would be excused if their families feel they don't need to be here. All of our assignments are on line. The curriculum is continuing but the majority of our kids want to be in school," said director Jill Shoesmith.

Evergreen was closed for the last eight school days.