Troopers: One Dead, One in Custody After Shooting at Township Building in Monroe County

PARADISE TOWNSHIP, Pa. — Troopers say one man is dead and another is in custody following a shooting at a township building in Monroe County. 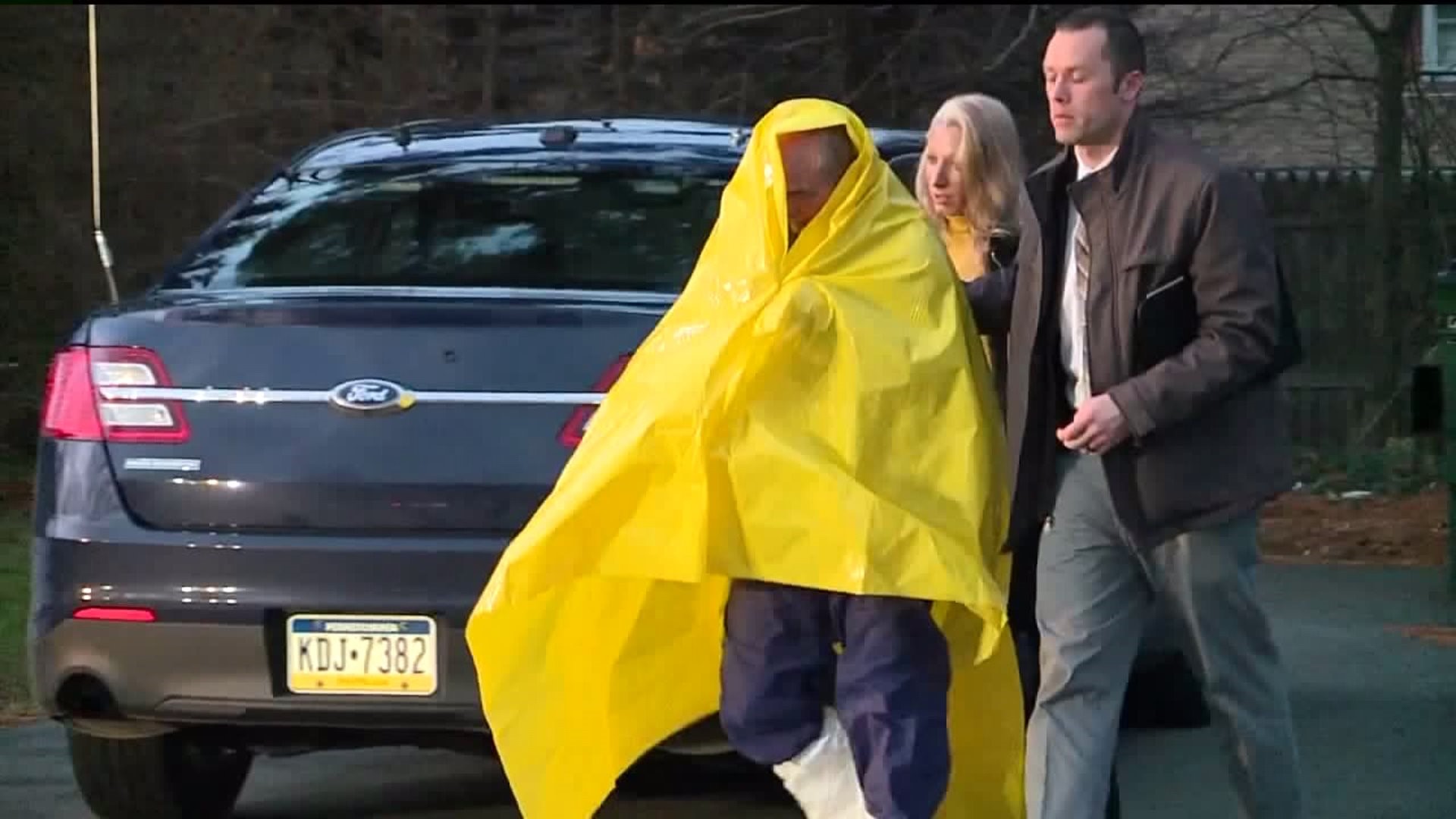 #BREAKING: State Police confirm they are responding to an active shooter situation at the Paradise Twp. Municipal Building. People are asked to avoid the area. @WNEP

PARADISE TOWNSHIP, Pa. -- One man is dead and another is in custody following a shooting at a township building in Monroe County.

It happened just before 8:30 a.m. Tuesday at the Paradise Township Municipal Building near Cresco.

"We made entry into the building. We took one male into custody. They located one deceased individual," said Tpr. David Peters.

Troopers identified the victim as Michael Tripus, 65, of Stroudsburg.

David Green, 72, of Swiftwater, was taken into custody and charged with homicide.

According to court papers, Green went to the Paradise Township Municipal Building and asked secretaries if he could talk to Tripus. Green said he had dealt with the victim before with home issues in another part of Monroe County. Investigators say Green walked into Tripus' office, exchanged a few words, and shot Tripus. Tripus was later found dead in the building.

After the shooting, Green did not leave the building, court papers say. Instead, he stood in the hallway with his head in his hands until police arrived.

State police said Green was arrested without incident. No one else was hurt.

Authorities say Green told them that Tripus was not aggressive toward him. He also confirmed that the victim did not have anything to do with current issues he's been dealing with. Green told police he was the one who pulled the trigger and says he is sorry.

People who live in the township say they can't believe what took place. Carol Latzanich lives in a development just behind the Paradise Township Municipal Building.

"Horrible what our world is coming to," said Latzanich. "You just can't walk out. Between Eric Frein a few years ago and this, you just don't know when you walk out of your front door what will happen to you."

People who live in Paradise Township say it's usually a very quiet place, so they weren't sure what to think when they saw so many police vehicles.

Jay Francis lives along Paradise Valley Road. He says he was at work for most of the morning but came home to all of the officers just a few feet from his home.

"It is still just so surprising with the fact that it's right there," Francis said.

The incident is contained - A MEDIA STAGING area will be at Paradise Valley Road and Rt 191 in the Crescent Lodge parking lot.

All Media should go to this location for information. pic.twitter.com/JTinZKVVjt

A viewer sent in these photos of the alleged shooter in Monroe County.

Troopers: One Dead, One in Custody After Shooting at Township Building in Monroe County