If you have a complaint about your trash not being picked up, after you report it to your waste hauler, township officials in one part of the Poconos want to know. 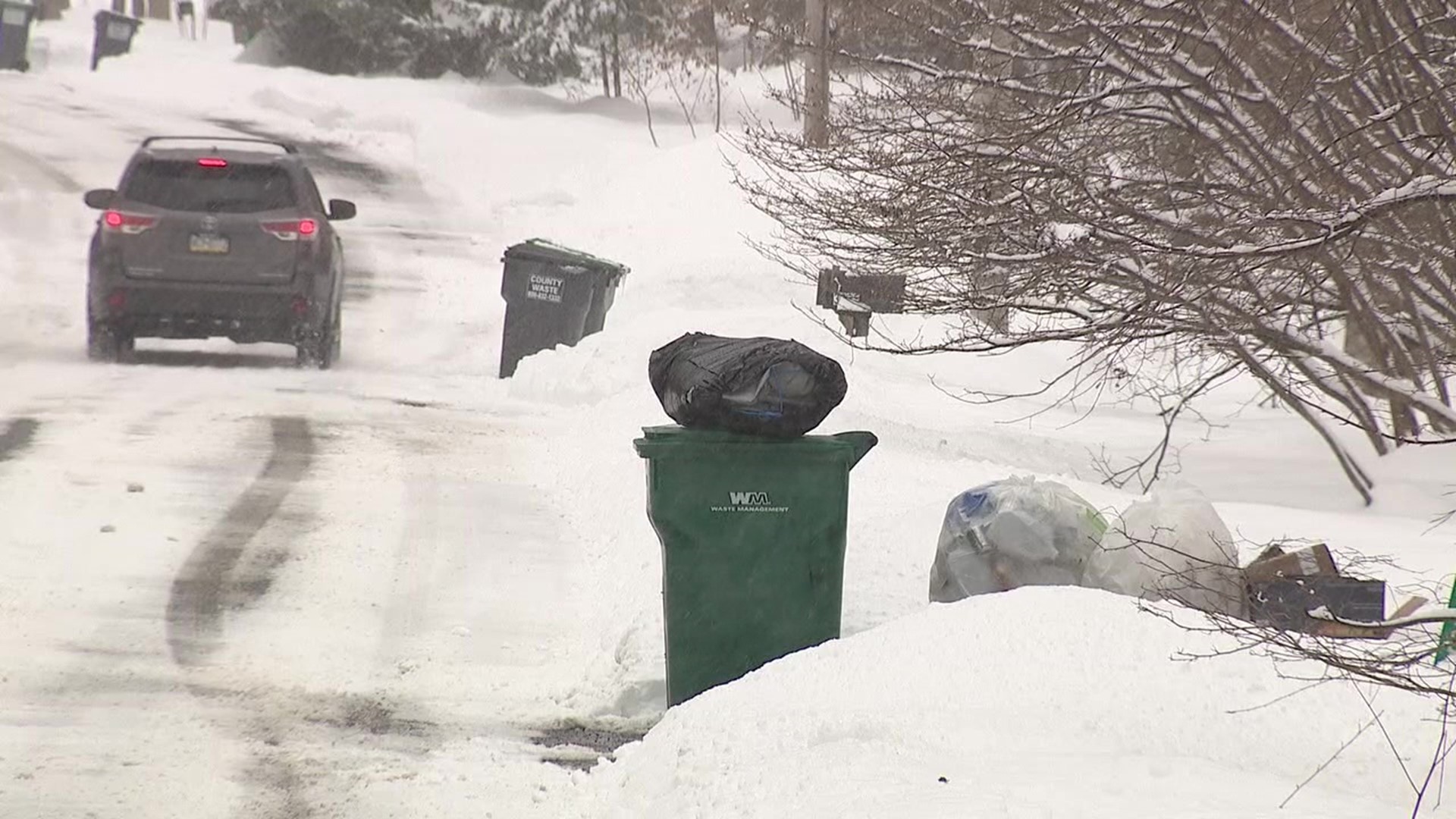 Robert Diffoot tells Newswatch 16 his waste hauler, Waste Management, didn't pick up trash for weeks after the blizzard earlier this month. His trash was finally picked up last week.

"It shouldn't be a month without garbage pickup and stuff like that. I mean, that's my thing. I mean, they clean, it's not like they are not cleaning the roads for them to come in, and we are making space. There are people here, a couple of houses, making space to put out the garbage to be available. They don't even need to come out of the truck," said Diffoot.

Newswatch 16 reached out to Waste Management, and officials say the weather has played a role in delays.

Township officials are aware of this issue, and now they are asking residents to send an email letting them know when and where there is an issue, and they are going to address it.

"Our ordinance states that if a waste hauler doesn't pick up your garbage and they somehow miss you if you complain to them and within 24 hours if they still haven't picked up your trash, you should submit your complaint in writing. That is what we are asking residents to do, and the mail being what it is these days, they are hoping we email us at info.mstownship.com. The township is collecting letters from folks," said Annette Atkinson, Middle Smithfield Township Supervisor.

Joe Smith uses County Waste. He says his garbage was delayed for one week but is not pointing fingers.

Middle Smithfield Township supervisors plan to meet with County Waste and Waste Management next month to prevent any further issues.