Tractor-Trailer Bans on Interstates in the Poconos

POCONO TOWNSHIP, Pa. — State police were out fully enforcing truck bans on the interstates on Wednesday. We found plenty of drivers who parked it and some... 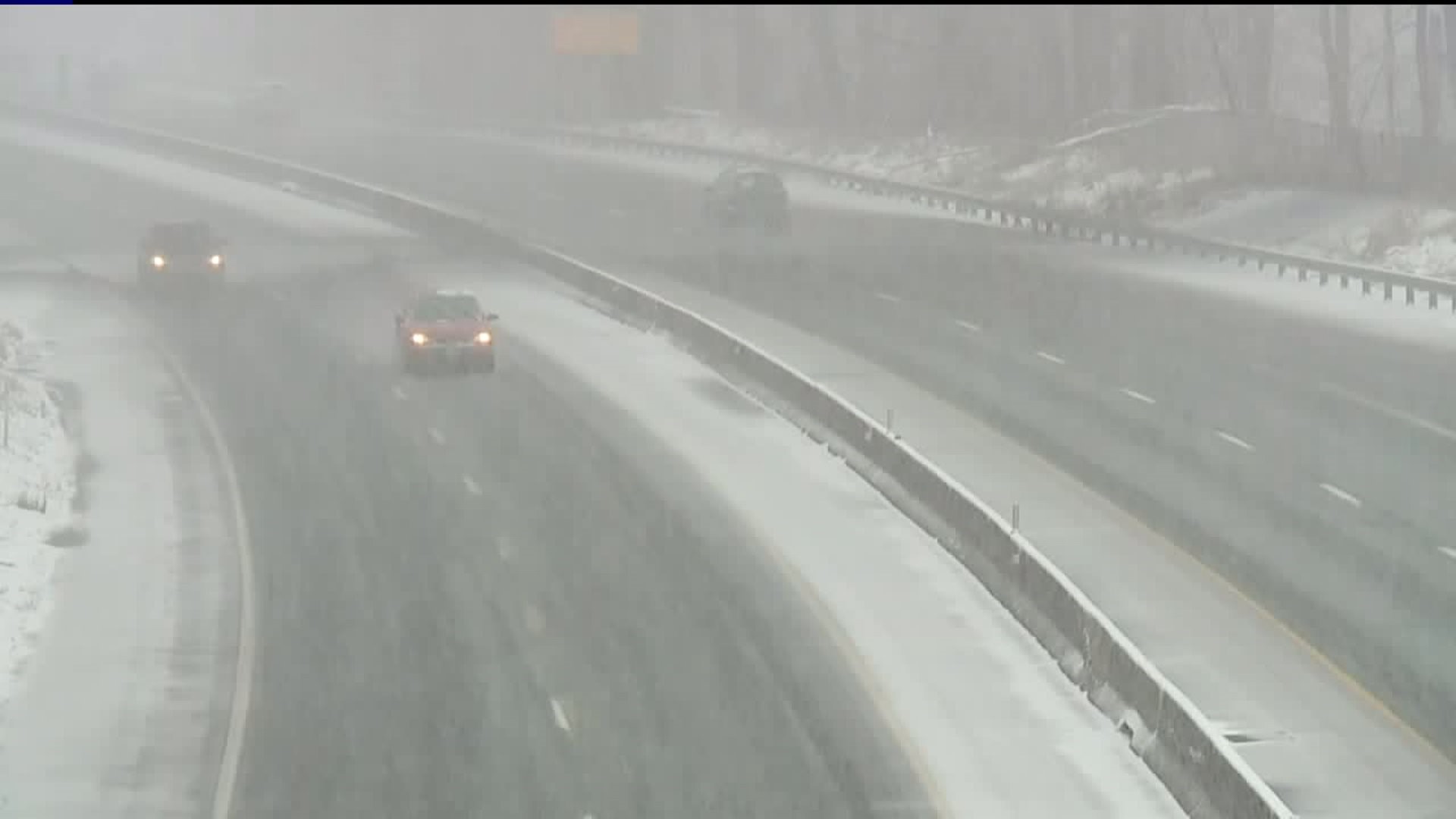 POCONO TOWNSHIP, Pa. -- State police were out fully enforcing truck bans on the interstates on Wednesday. We found plenty of drivers who parked it and some others who got pulled over.

"They put a ban on Interstate 80 for no empty trailers and they pulled me over," said driver Curtis Gardner.

Curtis Gardner from Easton was driving his empty tractor-trailer on Interstate 80 when he was pulled over and cited by troopers at the rest stop near Pocono Township.

This stretch of Interstate 80 has restrictions on certain commercial vehicles during the winter storm and Gardner was driving one of the vehicles on the list.

"The law is the law. You pay the ticket and you move on," said Gardner.

On Interstate 380, there is a full ban of commercial vehicles, so once again, a lot of these tractor-trailer drivers are finding themselves parked.

This is the second time this month PennDOT has put commercial vehicle bans and restrictions on interstates because of winter weather.

Driver Dave Maxwell says it's frustrating but he understands and is ready for better weather.

McAndrew Manhart is from Texas and parked himself at the truck stop in Gouldsboro until the ban is lifted.

"I have been doing this for 26 years and it's just a matter of being safe. If you can't do the job without sliding off the road and putting the public in danger, you stop," said  Manhart.

Manhart says he hopes this is the last winter storm he has to drive in.

"I'm going to find that groundhog and him and I are going to have a talk," said Manhart.