Toddler Recovering After Near-drowning in the Poconos

HAMILTON TOWNSHIP, Pa. — A baby boy in the Poconos is recovering after he was found face down in his grandparents’ pool. The near-death drowning exp... 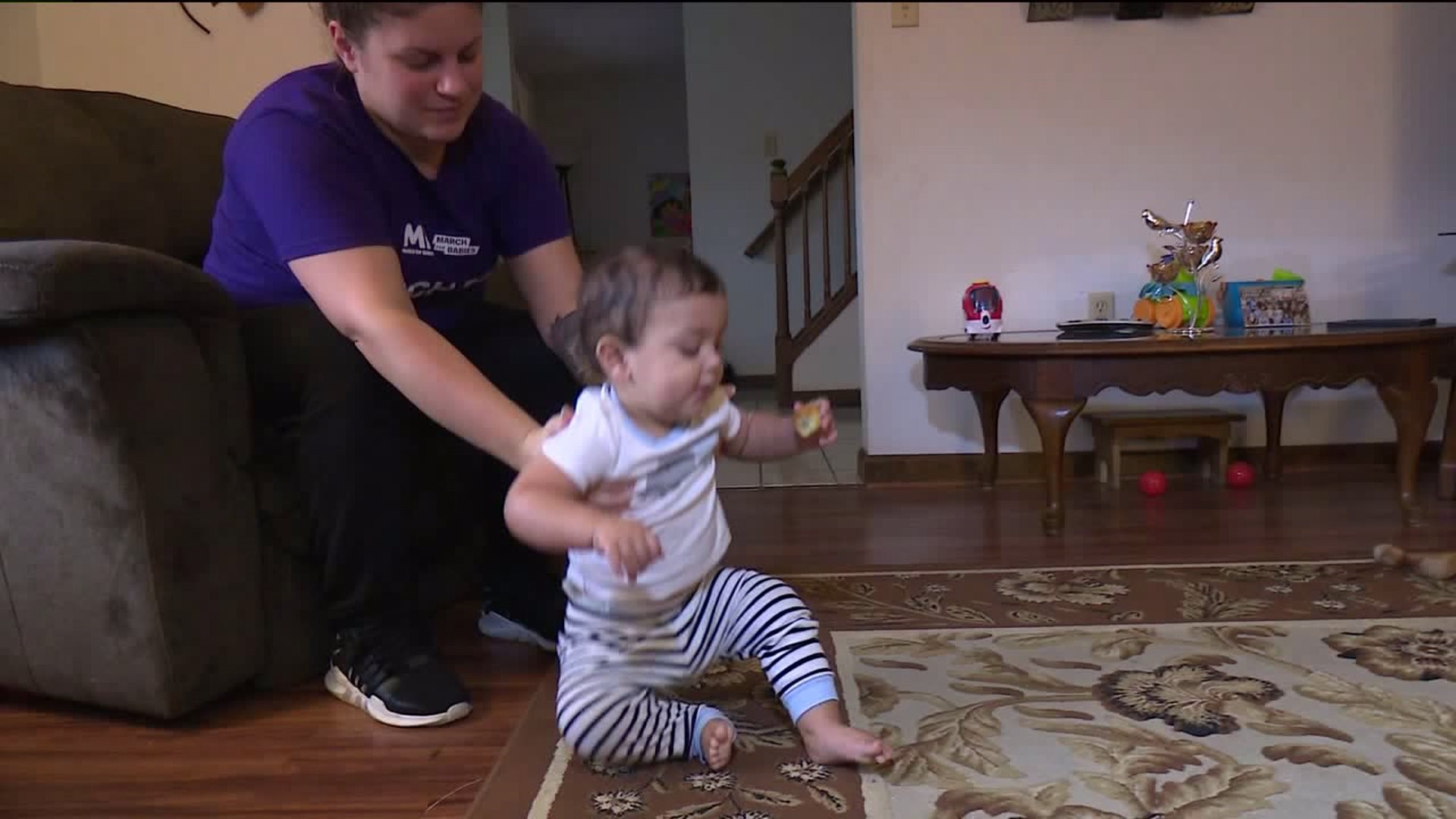 HAMILTON TOWNSHIP, Pa. -- A baby boy in the Poconos is recovering after he was found face down in his grandparents' pool.

The near-death drowning experience happened on Saturday at a home near Saylorsburg.

Curious 1-year-old A.J. found his way out to his grandparents' pool and fell in. His grandfather found him lifeless and immediately started CPR.

The boy recovered and now, his grandparents are not only thanking first responders but also sharing a lesson on the importance of pool safety.

"I always thought, 'This can never happen to me,' and yet here it happened. It can happen to anyone," John Greszczak said.

What happened to John Greszczak and his wife Nancy is something many people fear. On Saturday, these grandparents found their grandson A.J. floating lifeless in the backyard pool in Hamilton Township.

The gate was accidentally left open and A.J. found his way out.

"I couldn't believe this happened to me. How can this happen? I ran quickly and got him out of the pool. He was lifeless, passed out, not breathing, blue, and it seemed like 90 seconds earlier he was on my lap smiling and playing," Greszczak recalled.

They knew something was wrong when their lab Noah came inside without A.J. by his side.

Once John found A.J., he immediately started CPR. The baby was able to cough up a little bit of water. The boy was flown to a hospital. It was a few hours until he finally woke up.

The boy's mother Rebecca Messler says it was a true miracle he survived.

"I am normally the person wondering where the parents are when their kids drown. Now, I am one of the people whose kid drowned and it can happen at any time, any moment," Messler said.

The family says they learned a very important lesson and would like to thank all those who made it possible for A.J. to be here today, ready to take his first steps.

"From the hospital to the state police, first responders, they were here so fast. People, don't take for granted that this can't happen to you because it can, and I'm just grateful that that little boy is OK," Greszczak added.

The family tells Newswatch 16, they are working to round up all of the first responders who helped A.J. and hope to plan a reunion.