The infield is sold out after fans were barred from last year's races due to the pandemic. 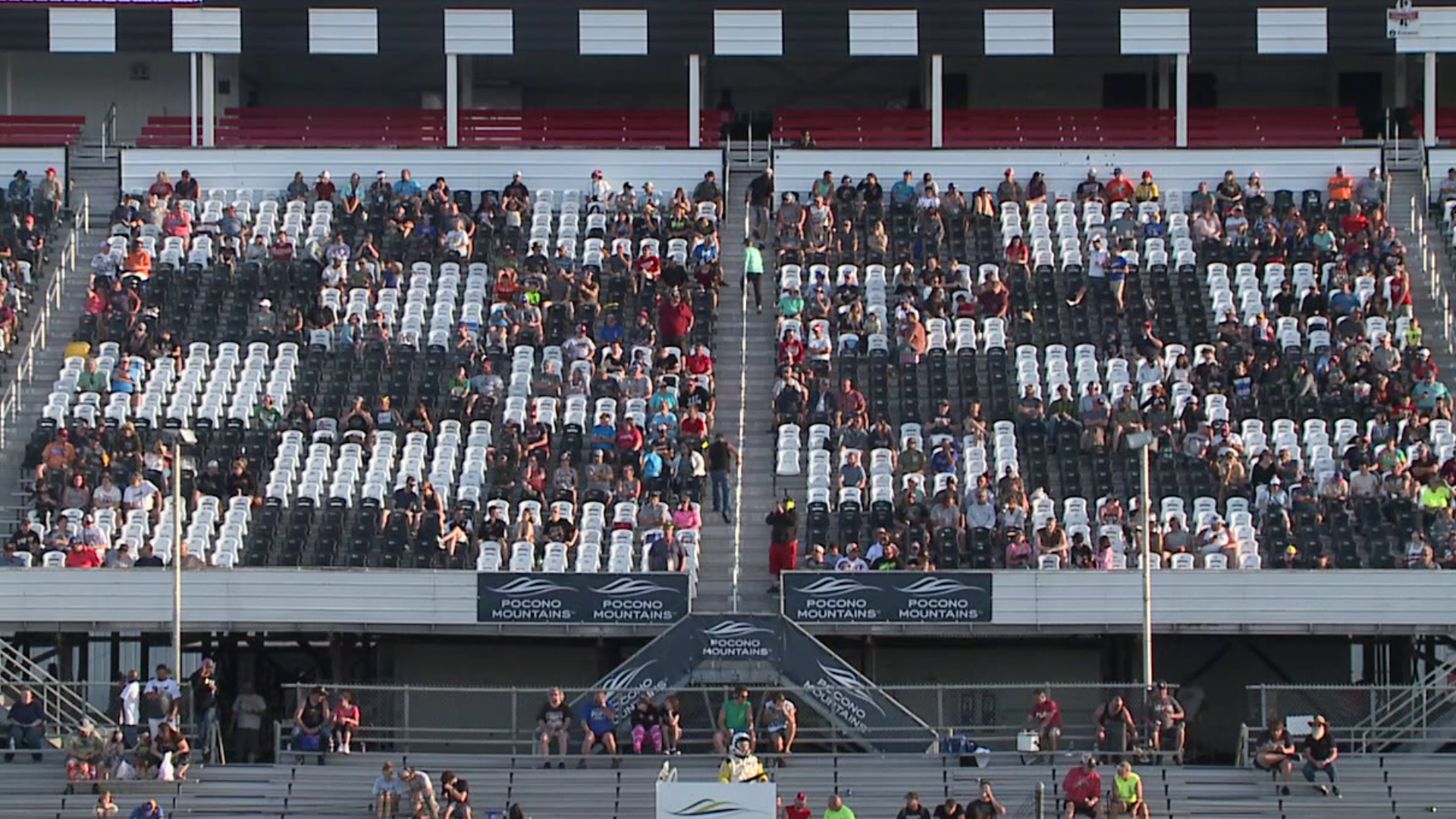 LONG POND, Pa. — With race cars screaming around the Tricky Triangle near Long Pond, it means NASCAR is back in the Poconos, with a doubleheader of races this weekend.

Even better, thousands of NASCAR fans have already arrived, eager to be there after being barred from last year's races because of the pandemic.

Those not hanging by their campers hit up their favorite watering holes.

At Murphy's Loft on Route 115, Pam Gintoff from Spring Brook Township says being here feels like things are truly getting better.

“I just said, it's so nice to being back to kind of normal. I said we've sitting at the bar. I'm amongst NASCAR, and I'm friends with the NASCAR officials, and they're coming to meet us here tonight,” said Gintoff.

Murphy's Loft manager John Braun was more than happy to welcome back familiar faces to his restaurant and hotel.

“It's great having everybody back. Last year was really weird. We have people that come and stay at our hotel for 30 some years. We missed them last year,” said Braun. “Now they're back. It's great having them back.”

“It's huge. That's what makes it around here, looking forward to the race every year. It's a really big thing that we prepare for. So we're happy that it's starting again this year,” said Berger.

And if it's any indication that fans truly missed their NASCAR races, Pocono Raceway says the infield is sold out.

The race track says 3,280 campers are registered here in the infield for the weekend. Already more than half of them have checked in.

RELATED: RV and tent spots sold out at Pocono Raceway

“The fans are back. They're driving local economy. That's what it's all about. We're thrilled, the fans back, the infield's sold out,” said Kevin Heaney with Pocono Raceway.

The NASCAR doubleheader will happen over the next two days. Saturday's race starts at 3 p.m., Sunday's race will begin at 3:30 p.m.