STROUDSBURG, Pa. –Three people accused of killing a pizza delivery man in December of 2017 in Monroe County are now on trial. Opening statements were hear... 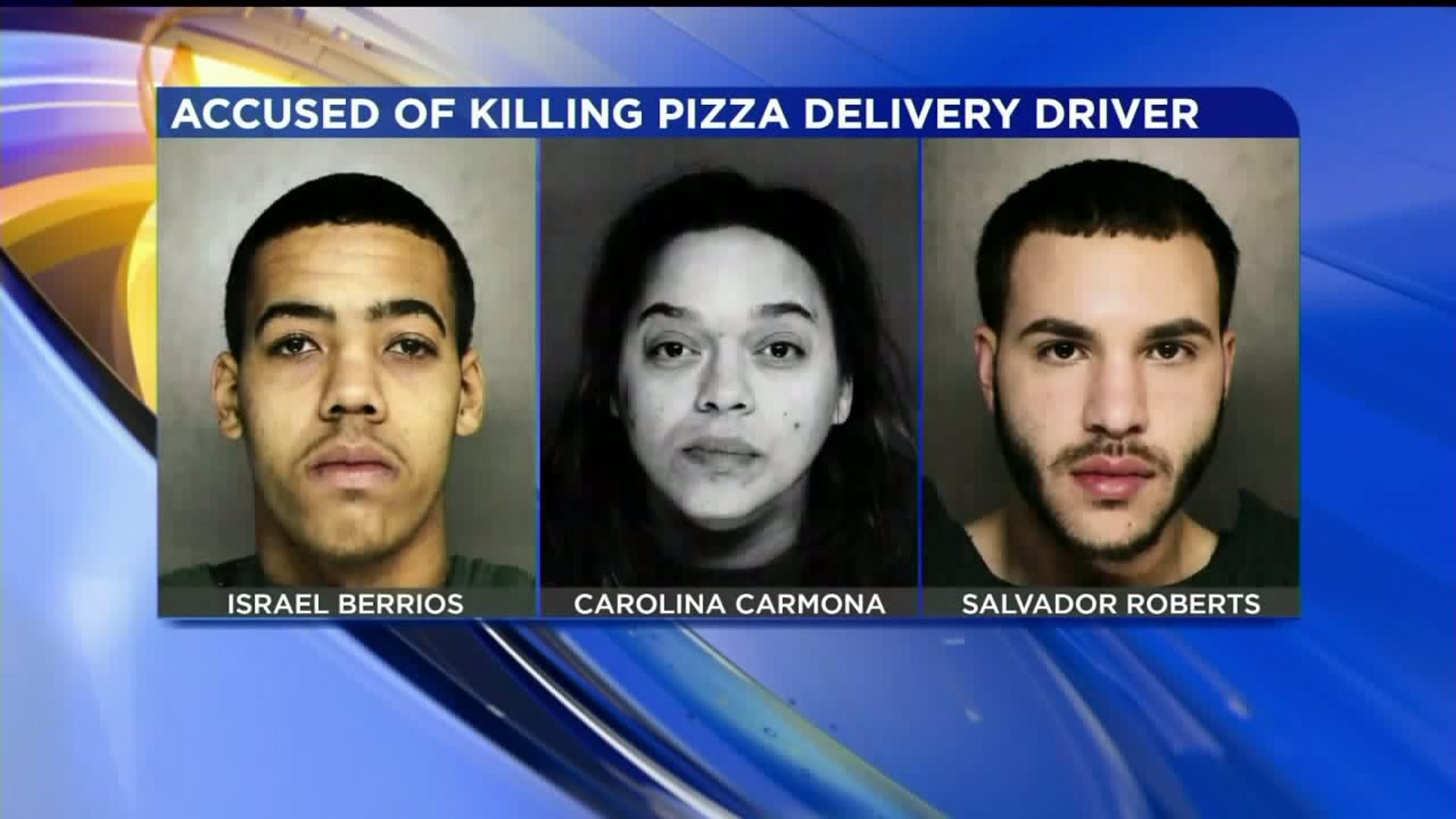 STROUDSBURG, Pa. --Three people accused of killing a pizza delivery man in December of 2017 in Monroe County are now on trial.

Opening statements were heard Wednesday morning, and then the prosecution started calling witnesses.

Israel Berrios, his girlfriend Carolina Carmona, and her brother Salvador Roberts are charged with murdering Richard Labar on the East Stroudsburg University campus in December of 2017.

Investigators say the trio placed a fake pizza delivery order to the campus of East Stroudsburg University in December of 2017. When Labar arrived, police say he was ambushed by Berrios and Carmona, who were hiding in a Bush.

Labar was shot in the face over $100.  He died a day after the attack.

During opening statements, prosecutors told the jury that during an interview with Berrios, he said Labar tried to grab the shotgun after he told the two he didn't have any money.

Berrios told police, "he wasn't hearing that," and that he, "wanted to pull the trigger," and "was trigger happy."

The three suspects are being represented by different attorneys.

Berrios' attorney told jurors to not focus on any one piece of evidence.

Carmona's lawyer asked the jurors to look at each defendant's story individually.

Roberts's attorney told jurors that his client was just the driver and didn't know there were any weapons.

The prosecution called a few witnesses to the stand, including local police, state troopers, an emergency room technician, and the Lehigh County coroner.

The victim's family was also in court. They do not want to talk until after the trial is over.

It's expected to last about two weeks.

Berrios pleaded guilty earlier this year to a series of assaults and robberies committed prior to the deadly attack. He was sentenced to 10 and a half to 22 years in prison for those crimes.