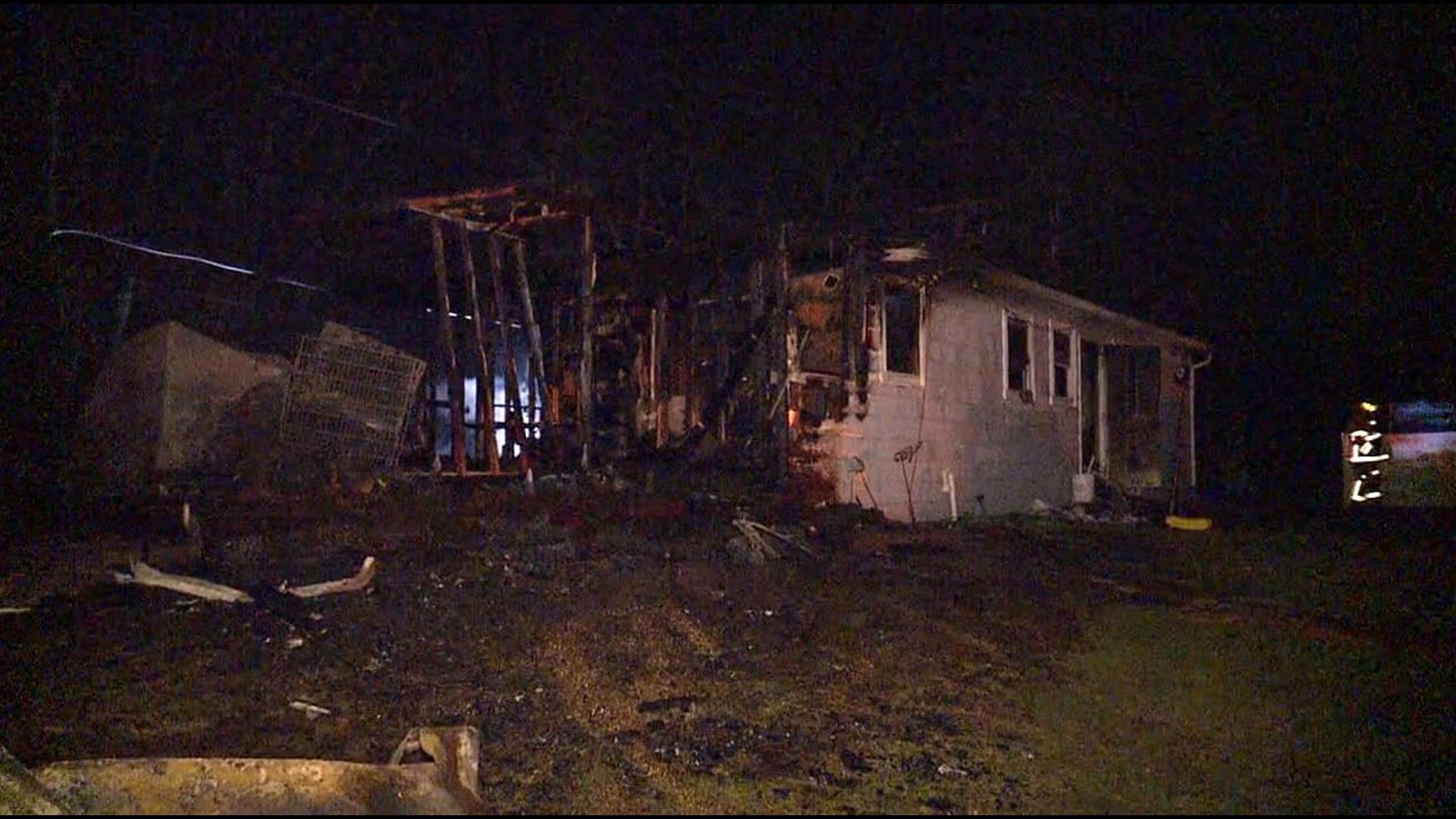 It took crews hours to knock down the fire.

"There was an explosion but other than that we don't know what from. That kind of says it might be propane I would think," said Gerri Papillon, Camp Papillon Animal Shelter.

Gerri Papillon is the director of the shelter. She says the building was heated by propane.

A total of ten cats and kittens died in the fire.

Four of the cats had been with the shelter since last year, after being rescued from a hoarding situation.

Papillon says while it's devastating, it could have been worse.

"Our dogs that were housed on the one side were fostered out just this week. We were trying to minimize for staff purposes because I am down staff members," said Papillon.

Fire officials say the building was old and don't believe it to be suspicious.

Shelter directors are now asking the community for some help.

"We are going to try and rebuild. If we got any special skills out there contractors, carpenters, electricians, plumbers anything to rebuild," said Papillon.

Camp Papillon Animal Shelter also relies on donations, so if you can't help with the rebuild, you can donate online.