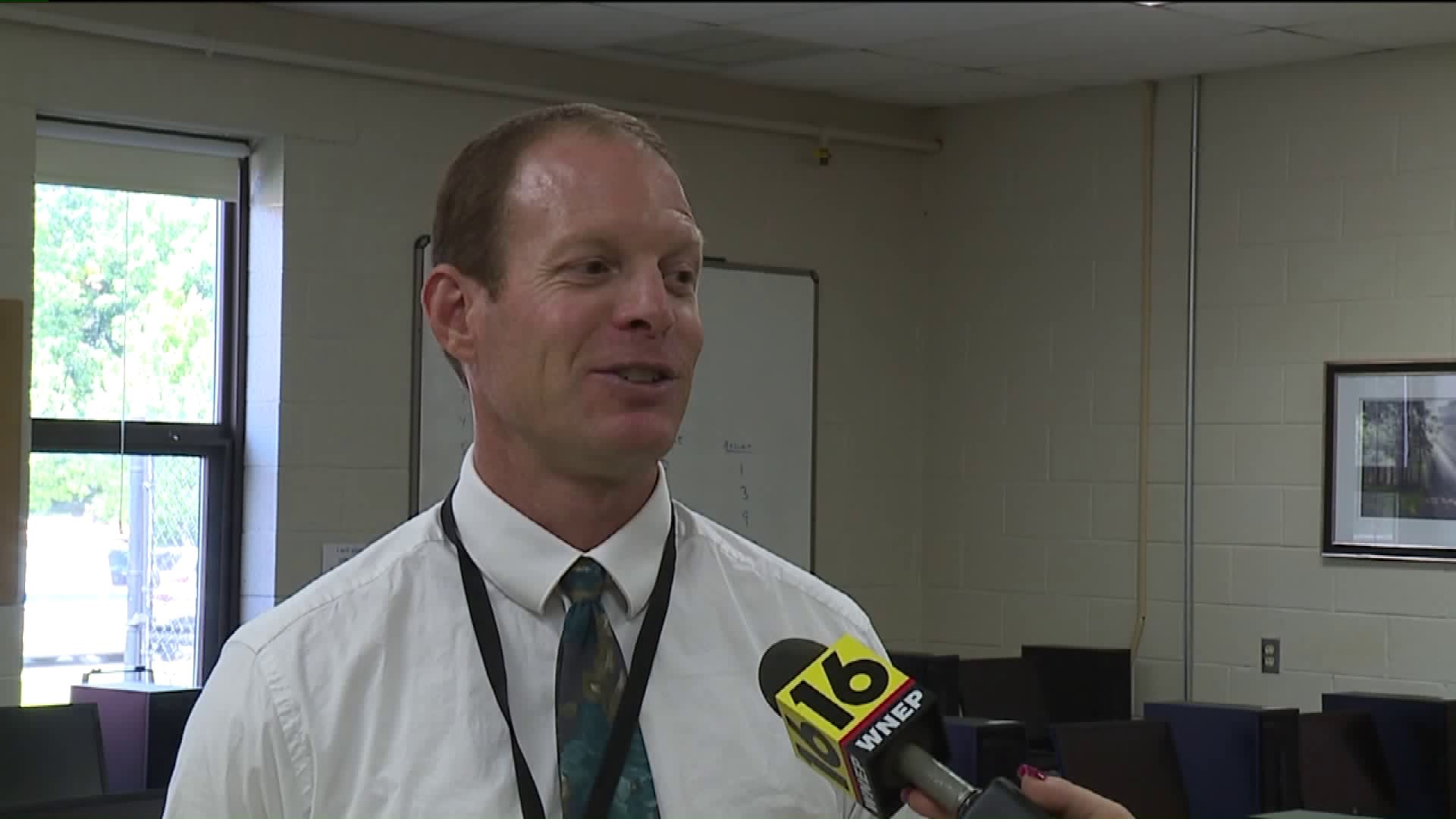 POCONO TOWNSHIP -- Computer Science teacher Robert Luciano spends his days in the lab at Pocono Mountain East High School near Swiftwater. But this year, he added a new title to his name: award winner.

"I was unbelievably excited to get the award, but the biggest thing I was happiest with is the recognition we got for our students and our school," said Luciano.

Luciano is one of only 10 kindergarten through 12th-grade teachers worldwide chosen to receive the prestigious award from the Association for Computing Machinery.  The award came with a cash prize of $10,000.

He says computer science is a growing industry and he's happy to teach it to his students.

"If we are just a nation of consumers of technology, the ones who buy smartphones but don't program them, our government realizes 20 years from now, we are in big, big trouble so that is the big reason. We have to be programming all these technologies because there is nothing that you do now that isn't driven by computers. There is just nothing," said Luciano.

Luciano tells Newswatch 16, he didn't get this award on his own. It came with a little help from a former student.

"I was recognized for some of the efforts I've made. Lots of people helped out doing this, but quite frankly I'll tell you why I won the award. A former student wrote me a letter of recommendation for this award. This former student wrote me just a knockout letter for all I've done here and the letter itself had to have won me the award because it was just fantastic," said Luciano.

Luciano says the hope is to continue exposing his students to the importance of computer science with the hope that some carry it on to higher education.