POLK TOWNSHIP, Pa. — A teacher in the Poconos got the surprise of a lifetime Friday morning. Jason Menghini was the lucky winner of a brand-new Jeep Wrang... 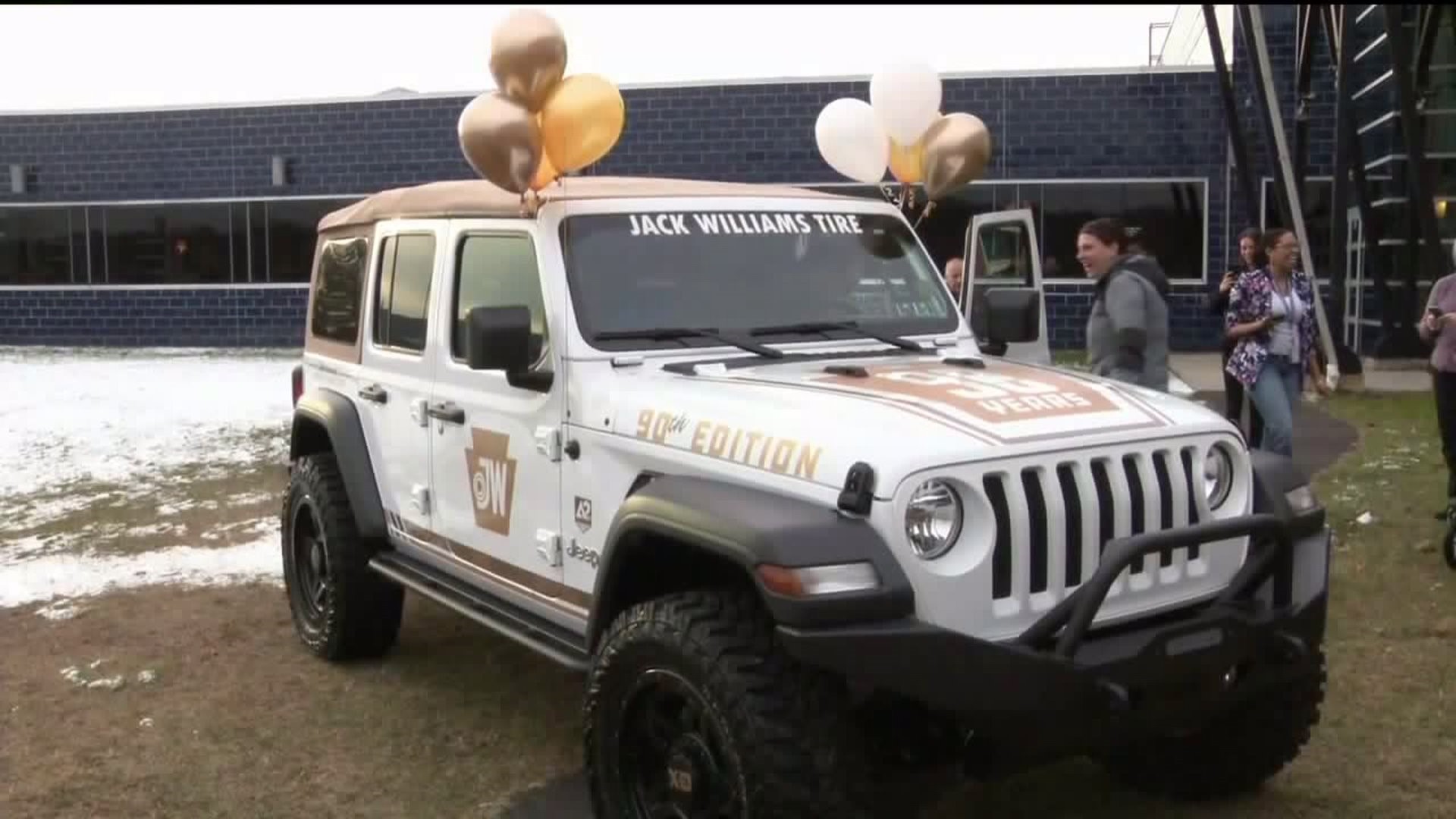 POLK TOWNSHIP, Pa. -- A teacher in the Poconos got the surprise of a lifetime Friday morning.

Jason Menghini was the lucky winner of a brand-new Jeep Wrangler in a giveaway hosted by Jack Williams Tire.

"I never win anything!"

That claim no longer applies to Jason Menghini, a fifth-grade teacher at Pleasant Valley Intermediate School. The man from Mountain Top was blown away when Jack Williams Tire and Auto announced him as the grand prize winner of a Jeep Wrangler.

"I was busting with one of my friends and said, 'I put my name in for that. That would be great if I won it,' but nah, there's no way. How would they have found out I'm a teacher here, that doesn't make sense. I don't know. I am still kind of in shock," Menghini said.

So how did the company know?  Jason's wife was the one who took the winning call and helped plan the big reveal during a fake teacher assembly at the school in Polk Township.

"I had to shut off the security cameras at home, so he didn't see me backing out of the driveway. I didn't use my credit card at Dunkin Donuts so he didn't see that I was charging a coffee at 7 a.m. and at home, I didn't tell the kids either because they would leak the surprise," explained Amanda Menghini.

But eventually, mom had to let the kids in on the secret.

The contest started in April, then, on December 1, out of 15,000 people, Jason's name was picked.

Jack Williams held the giveaway contest as part of the company's 90th-anniversary celebration.

After manager Jason Williams learned the winner was not only a teacher but also a volunteer firefighter and dad of three, he knew the prize was going to someone deserving.

"The best way to give it away is to surprise somebody, so we had a great event, totally caught him off guard, but I think we found the perfect winner for a Jeep," Williams said.

"I didn't even tell my wife I put in for it. I just thought that would be something really cool. It obviously is a huge plus to all of us to have a vehicle that is this nice, for sure, right?" Menghini added.

It's an early Christmas present this family won't soon forget.