CHESTNUTHILL TOWNSHIP, Pa. — Water woes for people in one part of the Poconos are over thanks to a new water system. For years, people who live in Sun Val... 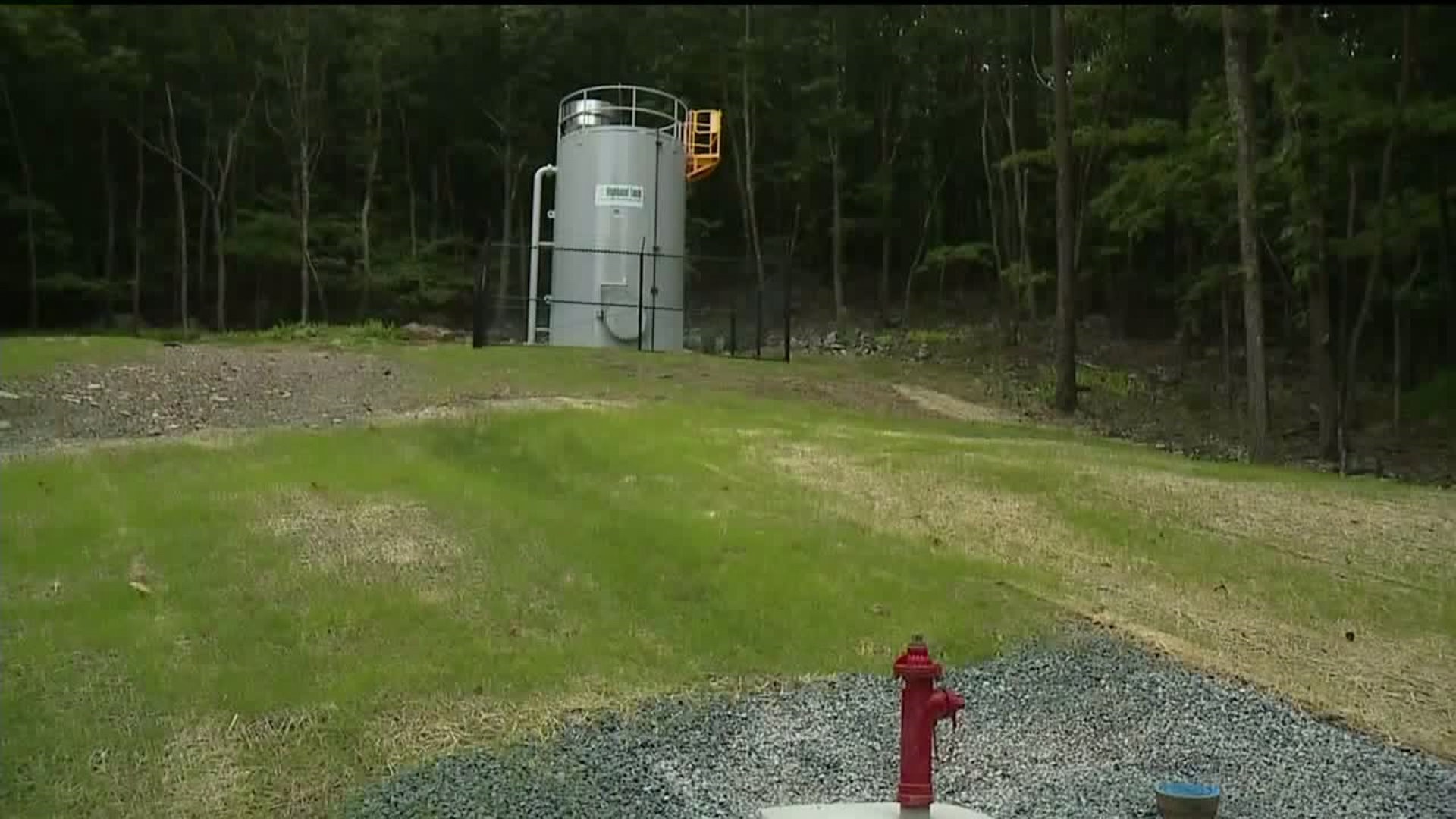 CHESTNUTHILL TOWNSHIP, Pa. -- Water woes for people in one part of the Poconos are over thanks to a new water system.

For years, people who live in Sun Valley near Effort have dealt with low or no water pressure.

A brand-new water tank sits at the top of a hill in the Sun Valley development near Effort as Aqua Pennsylvania showed off its new water system.

Big day for residents who live in Sun Valley near Brodheadsville. Aqua Pennsylvania showed off its newly constructed water system. Residents in this part of Chestnuthill Township have been waiting years for an updated system. @WNEP pic.twitter.com/f715bmCeio

For residents, it's been a long time coming.

For many years, some residents of Sun Valley experienced outages, low or no water pressure, and dirty water.

When Aqua first came in last year, crews were able to make some temporary fixes so that residents didn't have to boil their water. Before that, people who live here had to boil since 2015.

Loans and grants helped pay for the almost $3 million project.

"Typically, a municipality would be forced into taking a system like this over. This was huge to us. This would have put other road projects on hold just for the expense," said Chestnuthill Township board chairman Carl Gould.

"Now we all know where the lines are. The lines were not necessarily put to a particular plan prior to them. It's been a much more improved situation," said resident Marian Leonard.

Construction of the new water system started in the winter of 2018 and wrapped up this month.