COOLBAUGH TOWNSHIP, Pa. — Family members of students from an intermediate school near Tobyhanna were honored on Monday. One by one, fifth and sixth grade ... 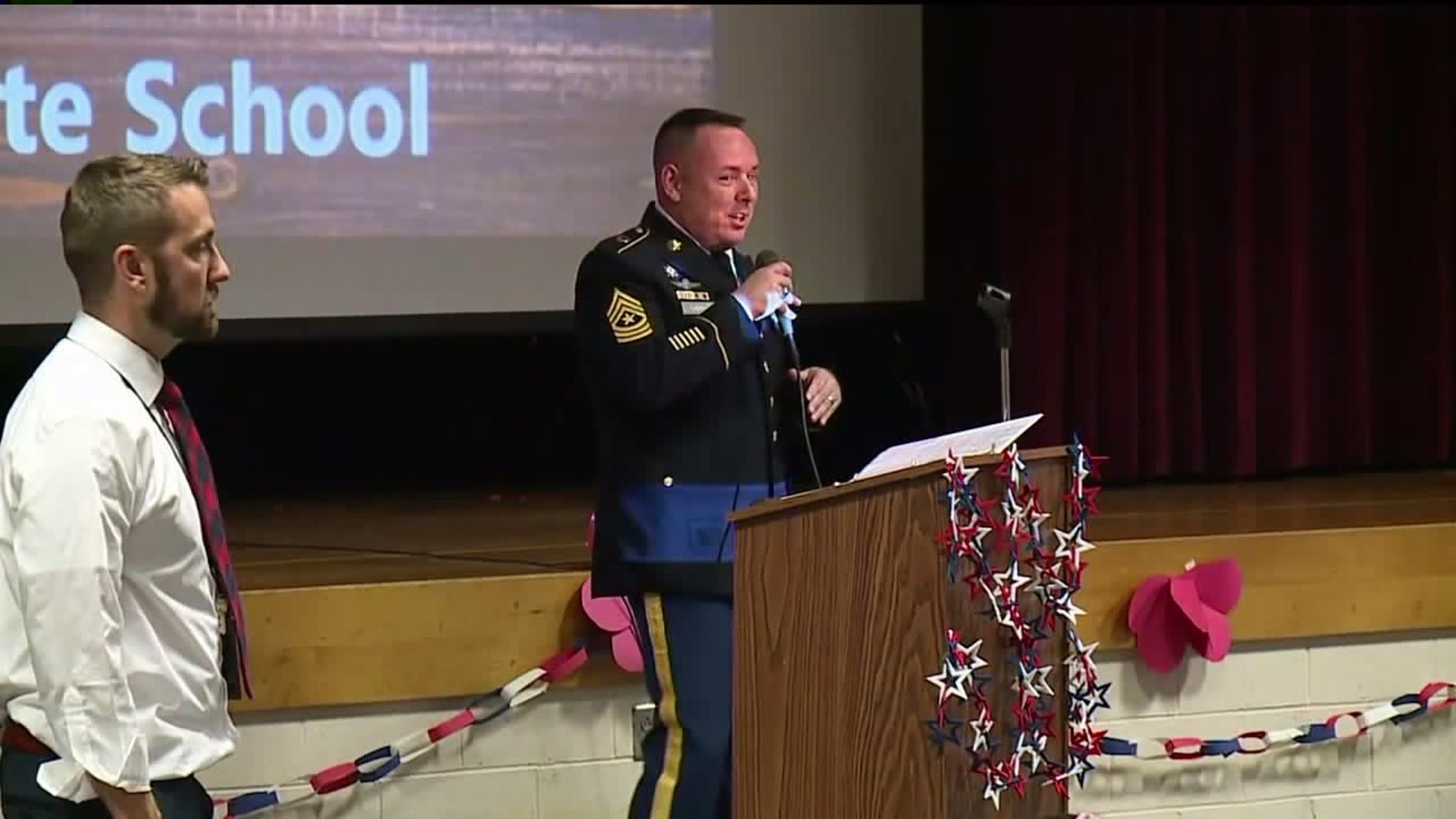 COOLBAUGH TOWNSHIP, Pa. -- Family members of students from an intermediate school near Tobyhanna were honored on Monday.

One by one, fifth and sixth grade students from Clear Run Intermediate School in Coolbaugh Township, walked into a crowded auditorium with a family member who is serving or served in the military.

It was all part of a Veterans Day assembly.

David McNeil served in the Army.

"Oh, it's really cool. I didn't expect all this. I am getting chills seeing all the veterans actually. I don't do this much, and if they have it next year, I'll do it," said David McNeil, Army veteran.

During the assembly, students read poems, and the band played "America the Beautiful."

Nicole McNeil is a fifth-grade student. She was proud to honor her dad.

"It's Veterans Day, and it's good to come. He fought in the Army and sacrificed a lot of things," said Nicole McNeil, a fifth-grade student.

Veterans who came to the ceremony tell Newswatch 16, they think it's great to see students getting involved and honoring those who served their country.

Sergeant Major Eric Cherry from the Tobyhanna Army Depot spoke to students about working in the military, Veterans Day, and answered some questions.

"I think it's good for the children to get involved because they usually have family members who are veterans, but the ones who don't, get a better understanding of the military and armed forces by asking questions," said Sergeant Major Eric Cherry, Tobyhanna Army Depot.

On Wednesday, Pocono Mountain East Junior High School students will be laying a wreath at the Tannersville War Memorial.