POCONO TOWNSHIP, Pa. — The sound of trumpets, flutes, and drums filled the air at the Tannersville War Memorial in Pocono Township. More than a dozen stud... 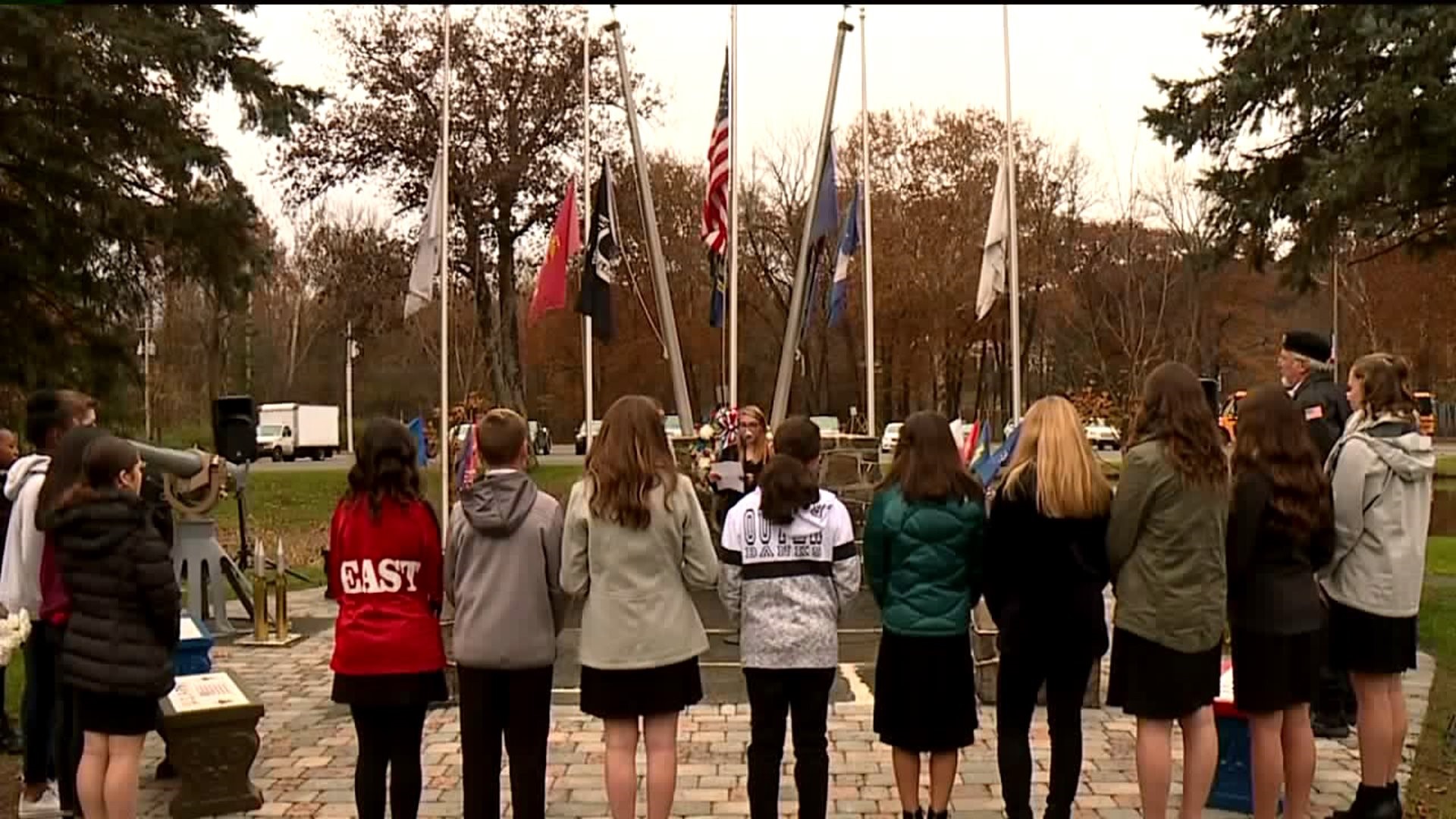 POCONO TOWNSHIP, Pa. -- The sound of trumpets, flutes, and drums filled the air at the Tannersville War Memorial in Pocono Township.

"It was very special and I think the veterans liked it a lot," said seventh grader Jacob Schnettlet.

Students released flowers into a nearby pond to pay tribute to service men and women who lost their lives at sea.

They also placed a wreath in the middle of the memorial walkway.

"It was good. I am glad everyone likes to support (veterans) because they did so much for us," said eighth grader Madison Rios.

"I think it's great and I think it's very important for the younger generation to remember what the veterans did before them in terms of patriotism and honoring those who fought for freedom for this country," said Commander Albert Compoli, Monroe County Honor Guard.

Charles Hamberger is the acting American Legion Post 903 Commander. He says it's always great to see the community come together to support veterans.

"It's impressive that a school system is back to what they should be doing which is teaching kids how to honor society and I think it's amazing," Commander Charles Hamberger, American Legion Post 903.

The public is invited to attend another Veterans Day ceremony at the Tannersville War Memorial on Sunday at 11a.m.