STROUDSBURG — Two days after the storm, some businesses in Stroudsburg were just beginning to dig out. Early Monday morning, Citizen’s Bank in Stroudsburg... 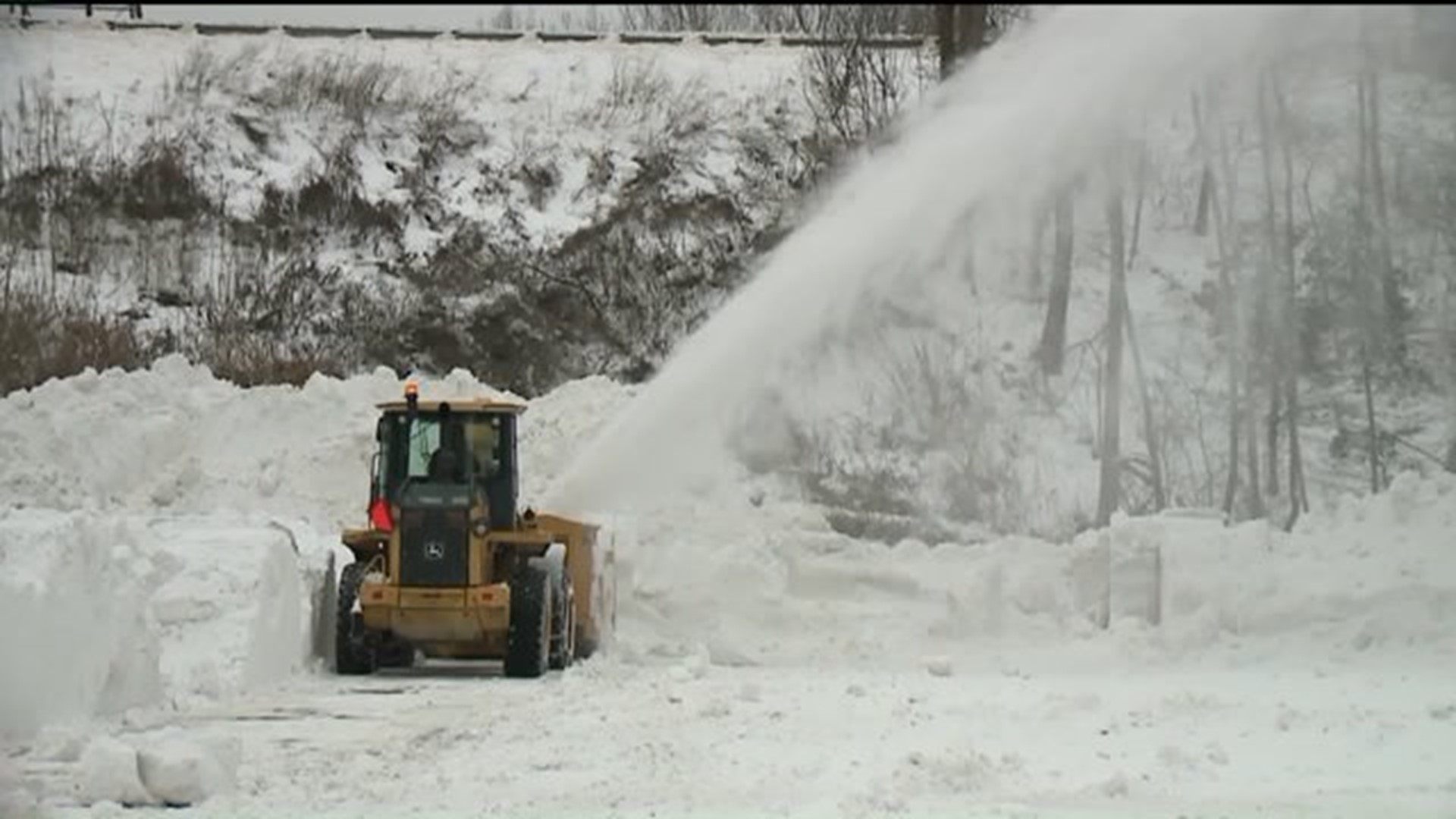 STROUDSBURG -- Two days after the storm, some businesses in Stroudsburg were just beginning to dig out.

A crew worked hard to clear the lot for customers using shovels, snow blowers, and even a Bobcat.

The borough is keeping busy, too.

"We were doing 16-hour shifts. Basically, it was good until all of the people started coming out and then we had a lot of traffic,” said Stroudsburg Public Works Director Brian Bond.

Now Stroudsburg is using their snow picker to clear their plow site off Collins Street to make more room for the snow.

It takes a couple of hours to clear the more than five-foot high piles of snow and blow them into the woods. Once it is all cleared, the process starts all over again.

Plow drivers say they’re having to double back over lots of side streets.

“A lot of people when they did their sidewalks on the secondary roadways, they blew their snow into the middle of the streets, so we've had to come back around and take care of that again,” said Bonds.

Some shovelers are still busy trying to clear what they can too, not knowing where to put all of the snow.

"They've got to dig their cars out and then the snow plow comes. They ain't got no place to put it and they didn't get to this street yet. They've been scooping it up,” said Lenny Milasch of Tannersville.

Many people Newswatch 16 spoke with are wishing for warmer days.

"Tired of it, I've seen enough snow in my time,” said Milasch.