Recycling centers are closed, but recyclables are piling up. Stroudsburg borough is picking up materials curbside during pandemic. 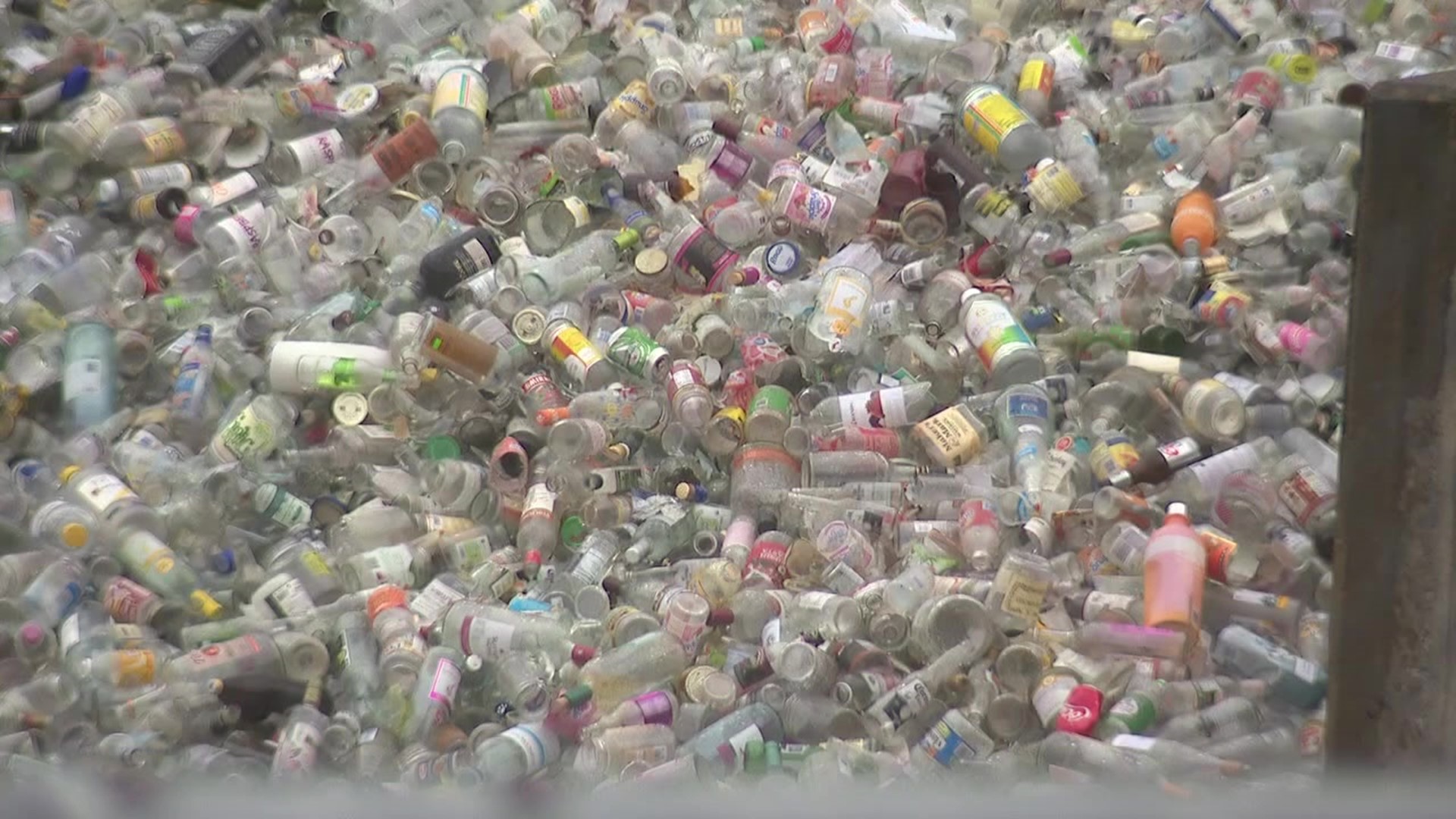 STROUDSBURG, Pa. — Recycling bins are back out on curbs in Stroudsburg.

Even though the recycling center is closed, the borough's public works department is still trying to help residents get rid of plastic, bottles, and cans.

"We understand that obviously people are home, cooking more and have a ton of recycling, so we are actually still doing our curbside pickup," said Stroudsburg Mayor Tarah Probst.

Recycling centers are considered non-essential because of coronavirus.  But that doesn't mean people have stopped using these materials. Mayor Tarah Probst says the idea came about after residents voiced concerns over recycling piling up at their homes.

"It's just something we are trying to do for our residents to kind of make things as normal as possible at home. I mean no one wants, I don't know about you, but my recycling was piling up. So the borough is just trying to do something nice for the residents," said Mayor Probst.

The borough started collecting recycling again at the beginning of the month.  This is a second go at the effort.

"We decided that this was an essential service to borough residents, and we wanted to provide it during the COVID-19 crisis. We are doing so safely. They guys are out picking up brush as well, and we have leaf pick up next week. We are still out there, we are being safe, and we hope everyone else is, too," said Brian Ace, Stroudsburg Borough Manager.

DPW workers are dropping off recycling at Twin Boroughs Recycling Center in East Stroudsburg. The center still remains closed to the public.