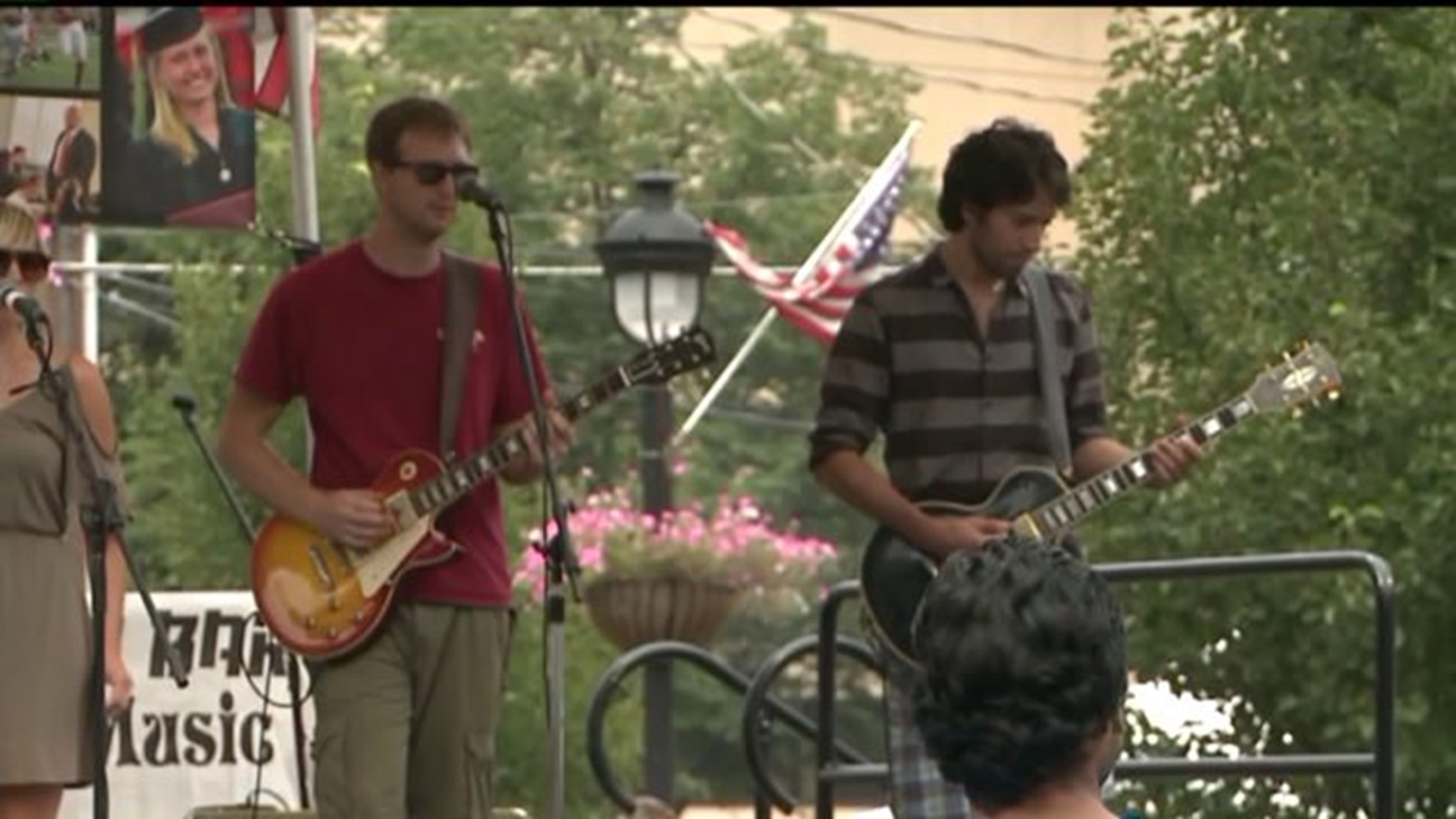 STROUDSBURG -- Music will fill the air in Stroudsburg beginning in early June.

Stroudsburg's Mayor Tarah Probst says the whole idea is to bring people together in the borough and give families something fun to look forward to.

Concerts in the park will take over the space by the Monroe County Courthouse in Stroudsburg for 10 weeks this summer.

New Mayor Tarah Probst says filling the air with music is just what the borough needs.

"There needs to be more to do for families, and there's not enough to do for kids, and I happen to agree," said Mayor Probst.

Probst teamed up with Erica McCabe to plan and promote the series of free concerts that begins June 2.

"I already have this image pictured in my head. You have a picnic on a Thursday evening, you know, no school the next day. You get to hear some live music from your neighbors and your friends throughout the borough," said public relations coordinator Erica McCabe.

The planning for these summer concerts is still in the early stages, but it's already creating a buzz in Stroudsburg.

Local art galleries and area businesses are jumping on board.

"I was thrilled, I have to say," said Origins Gallery director Jody Singer. "Our arts scene in the Stroudsburg and East Stroudsburg area is growing."

The annual Stroudfest downtown performances draw big crowds every year. Probst hopes the concert series in the park does, too.

So far two bands are booked: Zach Lawless and the Juggernut String Band.

"They want to, they're happy to help the community. It's a beautiful thing, honestly."

Concerts in the park will begin June 2 and run on Thursdays from 6 until 8 p.m.

Stroudsburg's mayor says you can stay updated on concerts in the park and other important events in the borough by visiting their Facebook page.