Staying Safe out on the Ice

COOLBAUGH TOWNSHIP, Pa. — Spending the day on a frozen lake is one of the winter perks for some people in the Poconos whether you’re going for a wal... 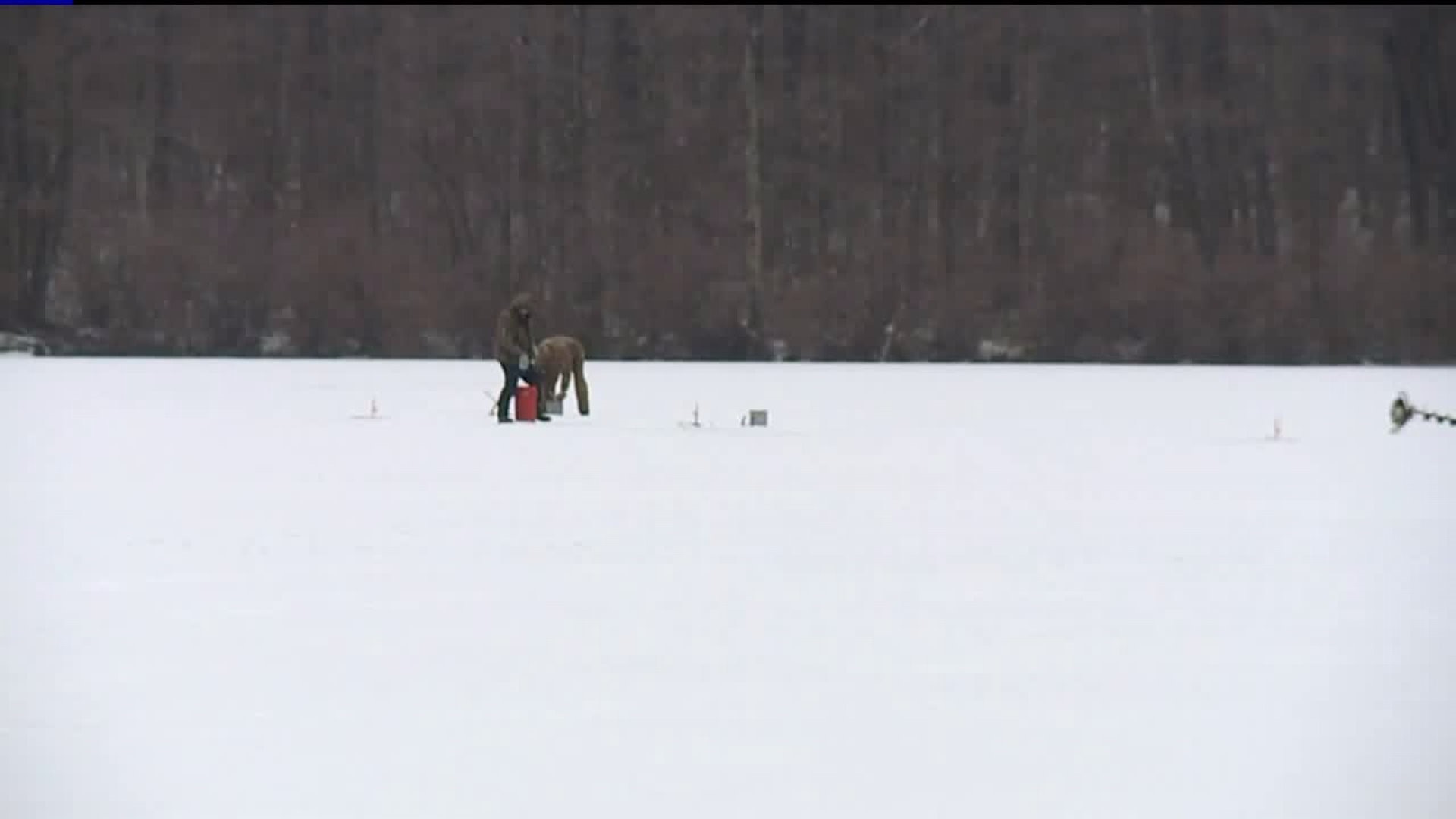 COOLBAUGH TOWNSHIP, Pa. -- Spending the day on a frozen lake is one of the winter perks for some people in the Poconos whether you're going for a walk with your dog or ice fishing.

But this year, that perk became dangerous on a few occasions.

Emergency crews have had to respond to several incidents where people or animals have gone through the ice.

"It is scary to hear. We've gone through a couple times. I mean nothing deep, a shallow area by our knees towards the edges, but it is scary because you never know what is going to happen," said Bob Smith, Old Forge.

The latest incident happened on Saturday when two Clydesdale horses escaped a farm and fell through the ice in the middle of a frozen lake near Stroudsburg.

Leon Clapper is the Blue Ridge Hook and Ladder Fire Chief and orchestrated the rescue.

"Well, it's been kind of a weird winter. It's been really warm, so you have to watch," said Clapper.

Some people who were out ice fishing say it's all about taking a good look at the ice before you head out.

Brian Smith and his brother Bob spent the day ice fishing at Tobyhanna State Park where the ice was several inches thick.

Brian says he looks for signs of dangerous conditions.

"I mean, if the shoreline is open, you're not going to go out there. If there is no snow on the ice and you see some black spots, don't go by them," said Brian Smith, Old Forge.

Emergency officials say if you are out on the ice, make sure you have proper safety equipment with you and remember there is safety in numbers.