CHESTNUTHILL TOWNSHIP, Pa. — Even before they got into the West End Fair in Monroe County, fairgoers felt the heat. Mid-August temperatures hit the 90s, m... 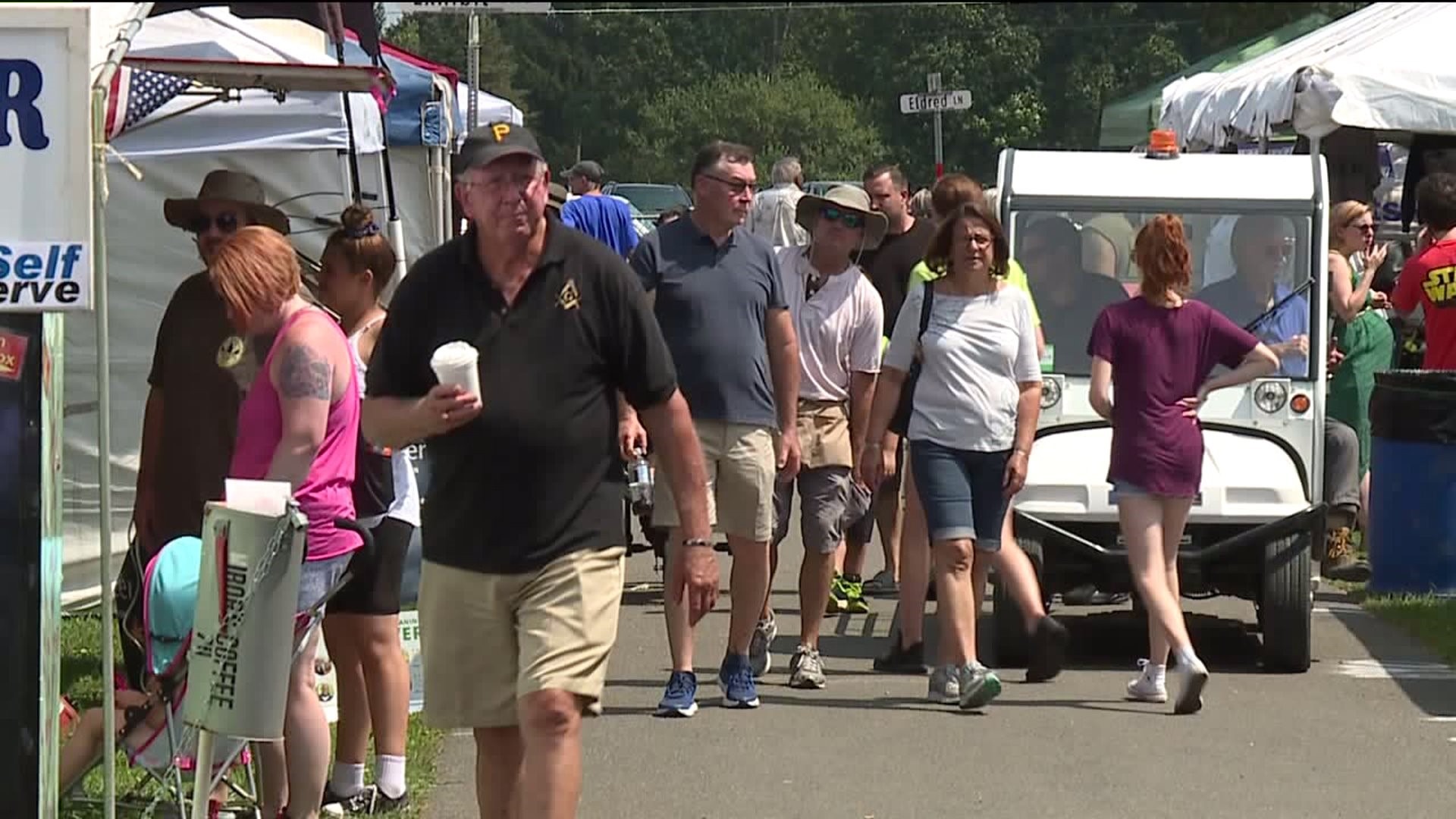 CHESTNUTHILL TOWNSHIP, Pa. -- Even before they got into the West End Fair in Monroe County, fairgoers felt the heat.

“I bought $700 worth of fans to put in that truck. Sometimes if my schedule allows, I will start carving later in the day and then carve into the night, maybe like 10 o'clock at night,” said Dennis Beach.

At one stand, Michelle Miller shook cups of lemonade made from an old family recipe. Thirsty fairgoers come back year after year.

“People look forward to it all year long just to come. It's a beautiful day out today. It's like 90 degrees. Nothing beats fresh-squeezed old-fashion lemonade,” said Miller.

While IndyCars tore up the raceway in Long Pond, a slower version of open-wheel racers and younger drivers in go-karts zoomed around the main arena. Some fans of the young drivers found shade to cheer the kids on.

“I always sit out in the sun other years, but I try to make it here every year when they have it because I like watching kids,” said Earl Singer.

Joyce Eisenhard came out to watch her great-granddaughter compete.

"I come out every race she has, no matter where it is," Eisenhard said.

Regulars at the West End Fair say the heat comes with the territory, so it is best to come prepared.

“Some years it's hotter, some years not so much, but you know you're going to sweat a little bit, but it's worth it. We come every single year,” said Seanna Moro.

The fair continues through Friday. People at the fair say be prepared for the heat.