Doctors at St. Luke's Monroe Campus had a large number of cases over the weekend. Those numbers have started to slow down over the last few days. 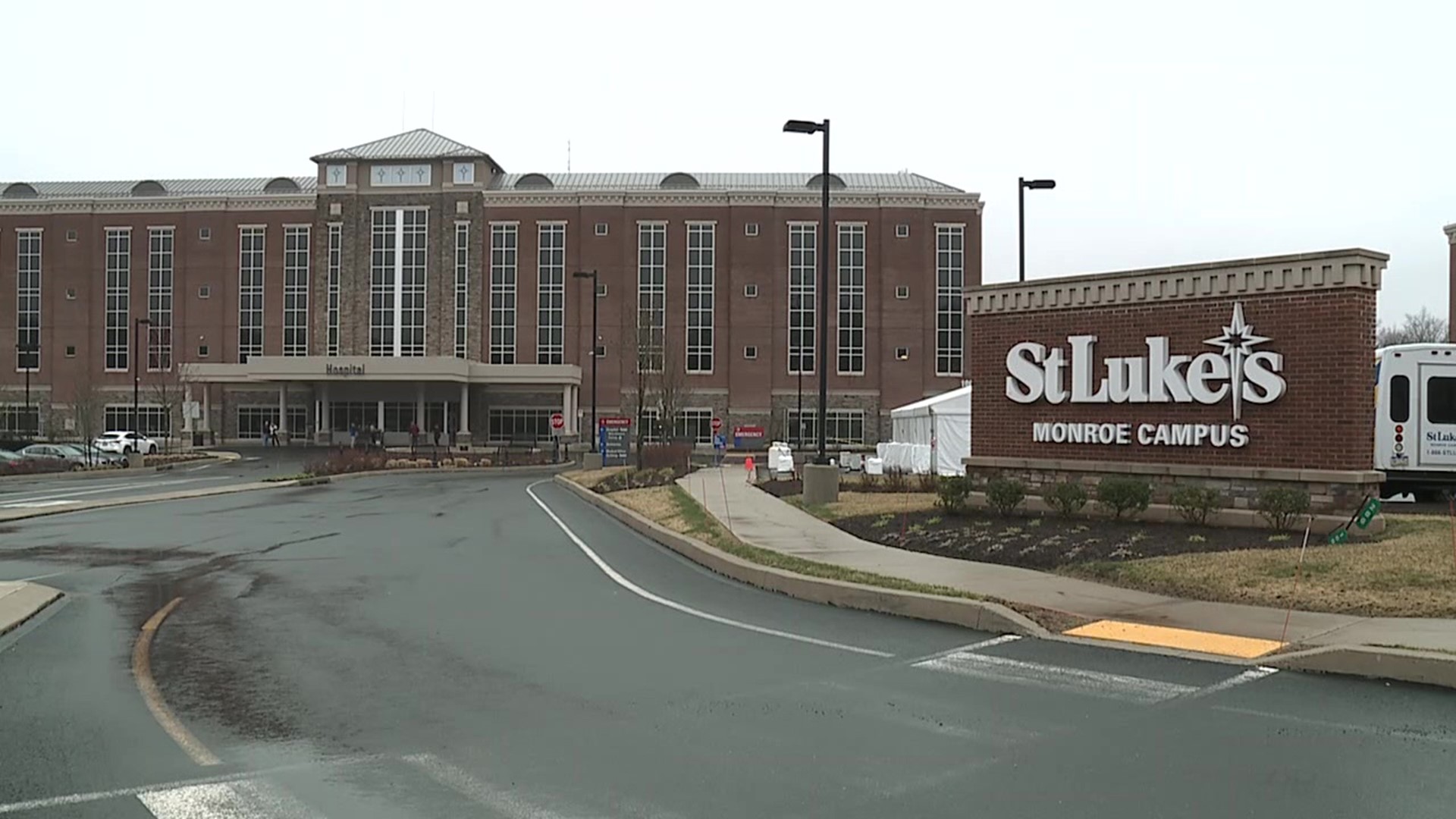 Newswatch 16 checked in with doctors at St. Luke's Hospital Monroe Campus near Stroudsburg, to see what changes the hospital is seeing this week, compared to last.

"This week will be interesting people will see the numbers go down, but the death rate will go up. Part of that is because people who have acquired the disease over the last couple of weeks may not do so well on ventilators," said Dr. Peter Favini, chief of emergency medicine at St. Luke's-Monroe Campus.

Dr. Favini says just this week, four people were taken off of ventilators and continue to recover. Dr. Favini also says it appears the hospital may have peaked last week, meaning doctors aren't seeing drastic increases in cases on a daily basis.

"Monroe County tends to follow New York almost exactly just because of commuters and the location to (Interstate) 80. New York peaked as of the last few days, and the governor is talking about New York coming down. So, I think we are there, and hopefully, we are over our peak," said Dr. Favini.

Physicians are now using hydroxychloroquine on some patients. It's a common drug for treating malaria, lupus, and rheumatoid arthritis, now getting national attention for it's potential to help with coronavirus.

Testing for the virus has also changed over the last few weeks.

"We've brought the testing in house, so our testing is actually six hours. We can get test results in six hours for admitted patients, so that is very helpful for both for PPE use for the staff and for the patient to know what they have in a good period of time," said Dr. Favini.

Doctors at St. Luke's give credit to social distancing as to why the numbers are starting to slow down. Dr. Favini says the more people stay away from one another, the less the virus will spread.