Spring Cleaning Under Bridge in Stroudsburg

STROUDSBURG — It’s a little cleaner under the Veterans Memorial Bridge in Stroudsburg all thanks to a crew of workers. The spring cleaning effort wa... 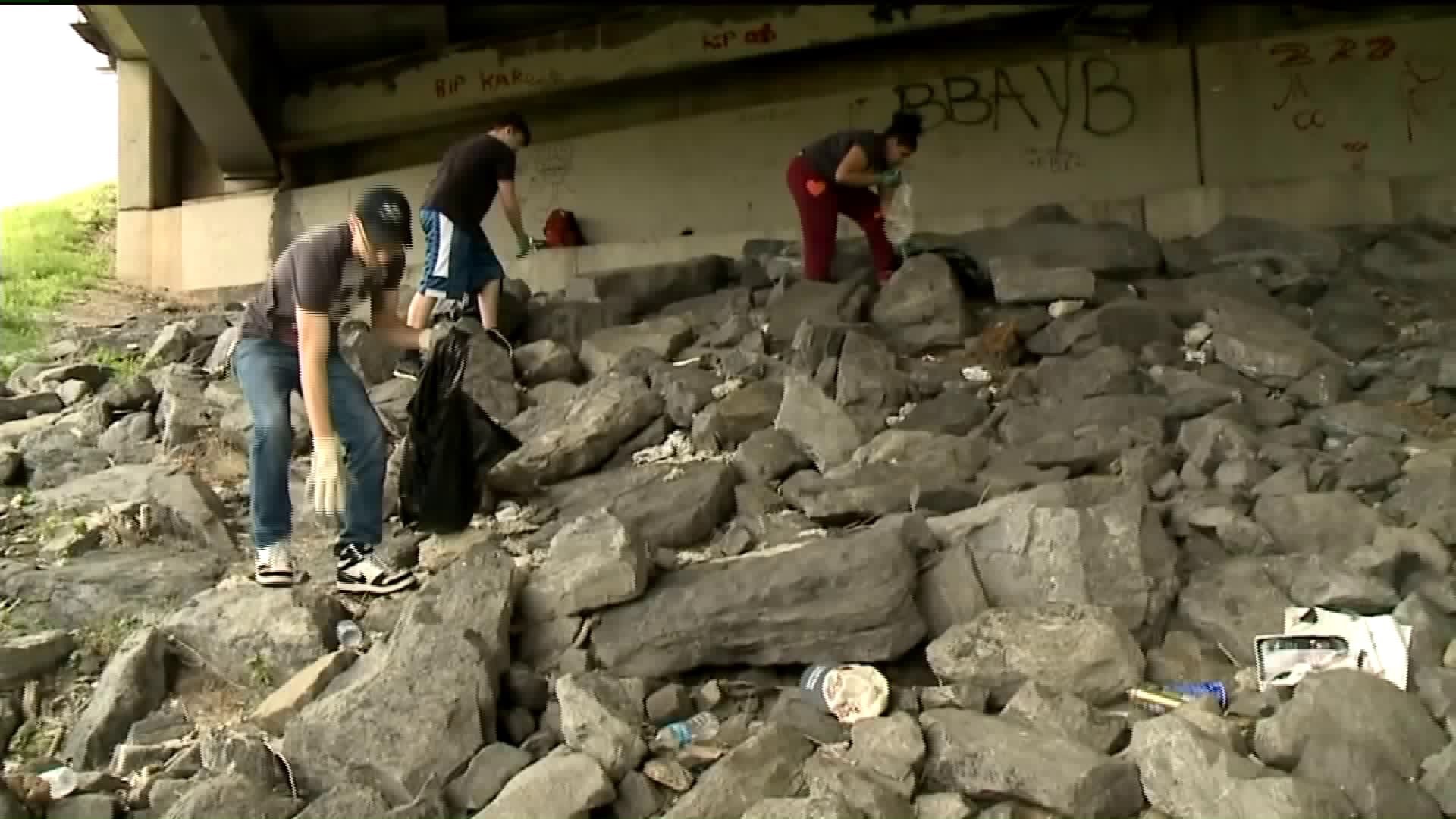 STROUDSBURG -- It's a little cleaner under the Veterans Memorial Bridge in Stroudsburg all thanks to a crew of workers.

The spring cleaning effort was a way for Jesus Quiones to give back to his community.

"It was always an eyesore to me. Definitely during the winter, seeing a lot of squatters and such, so as the weather got better, I thought, hey, we should come out here and get this area cleaned up," said Quiones.

Quiones belongs to the Monroe County Young Democrats. He, along with several other members of the group, picked up everything from bottles and cigarette butts to mattresses and wooden pallets.

"I think that this shows that we have a community, definitely a community of young people, that are ready to help our community," said Quiones.

The idea actually came when one of the organizers saw how much garbage was underneath the bridge when he was walking along the levee.

"It is not as bad as I thought it was going to be. I thought there was going to be some nasty, nasty stuff down here, but it is just a lot of random garbage," said James Kooistra, Stroudsburg.

"I think it's a great idea and I am so proud that young people are actually doing the work," said Mayor Probst.

"It's absolutely great to see a neglected part of Stroudsburg that we don't really think about, and here they are spending time cleaning the place up," said Weiss.

Organizers say this is the first cleanup of many they hope to schedule during the summer here in Stroudsburg.