STROUD TOWNSHIP, Pa. — On this beautiful fall day, Robert Singer from East Stroudsburg found himself doing something he hasn’t been able to do in a ... 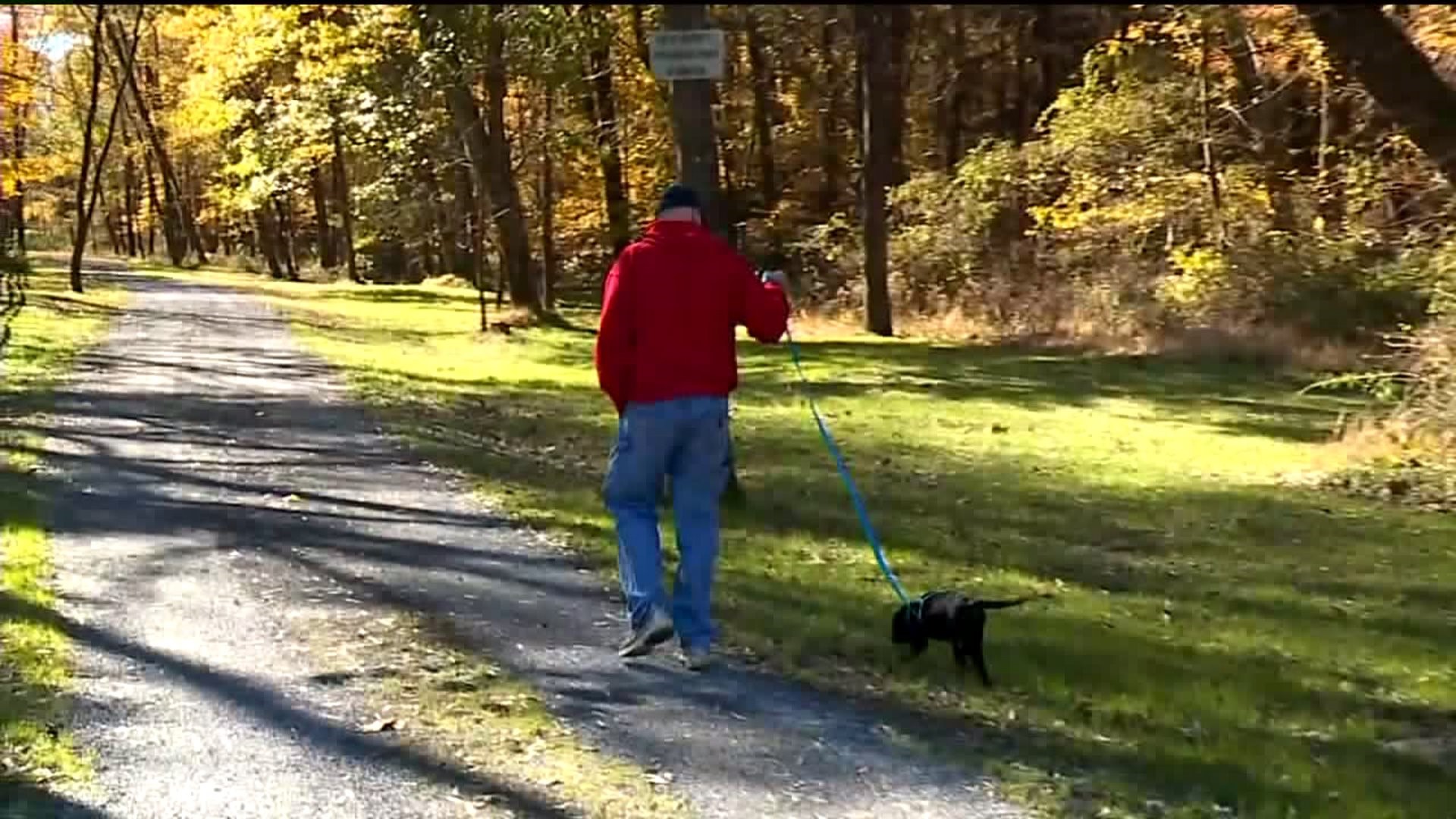 STROUD TOWNSHIP, Pa. -- On this beautiful fall day, Robert Singer from East Stroudsburg found himself doing something he hasn't been able to do in a while -- take a walk under sunny skies at Brodhead Creek Park in Stroud Township.

"The weather is beautiful today. It's about time, and I will take it," said Singer.

Mickey Besecker from Stroudsburg says with all the recent rain, it's been difficult trying to get little Diesel outdoors.

"Yeah, it's been pretty bad, but it's supposed to be nice for the next couple of days," said Besecker.

People we spoke to say they know the weather can change at any minute, so they are taking advantage of this sunshine for as long as they can.

"Yeah, I would like this to stick around. I will take it all the way up until January and then it can get nicer," said Singer.

"Oh, finally a good day. It hasn't been in probably, all month. Hopefully, we have a few good days with Halloween coming up," said Ryan Fahey, Pocono Summit.

Over at Brady's Lake in Coolbaugh Township, some hunters were out scouting for deer.

Ryan Fahey from Pocono Summit says it's been a while since he's been able to get outside.

"Yeah, it's finally beautiful. Hopefully, the deer with get moving, no rain finally, so that's always a good thing," said Fahey.