ELDRED TOWNSHIP — Township officials in one part of Monroe County are lowering the speed limit on one of their roads. The current speed limit on Meixell V... 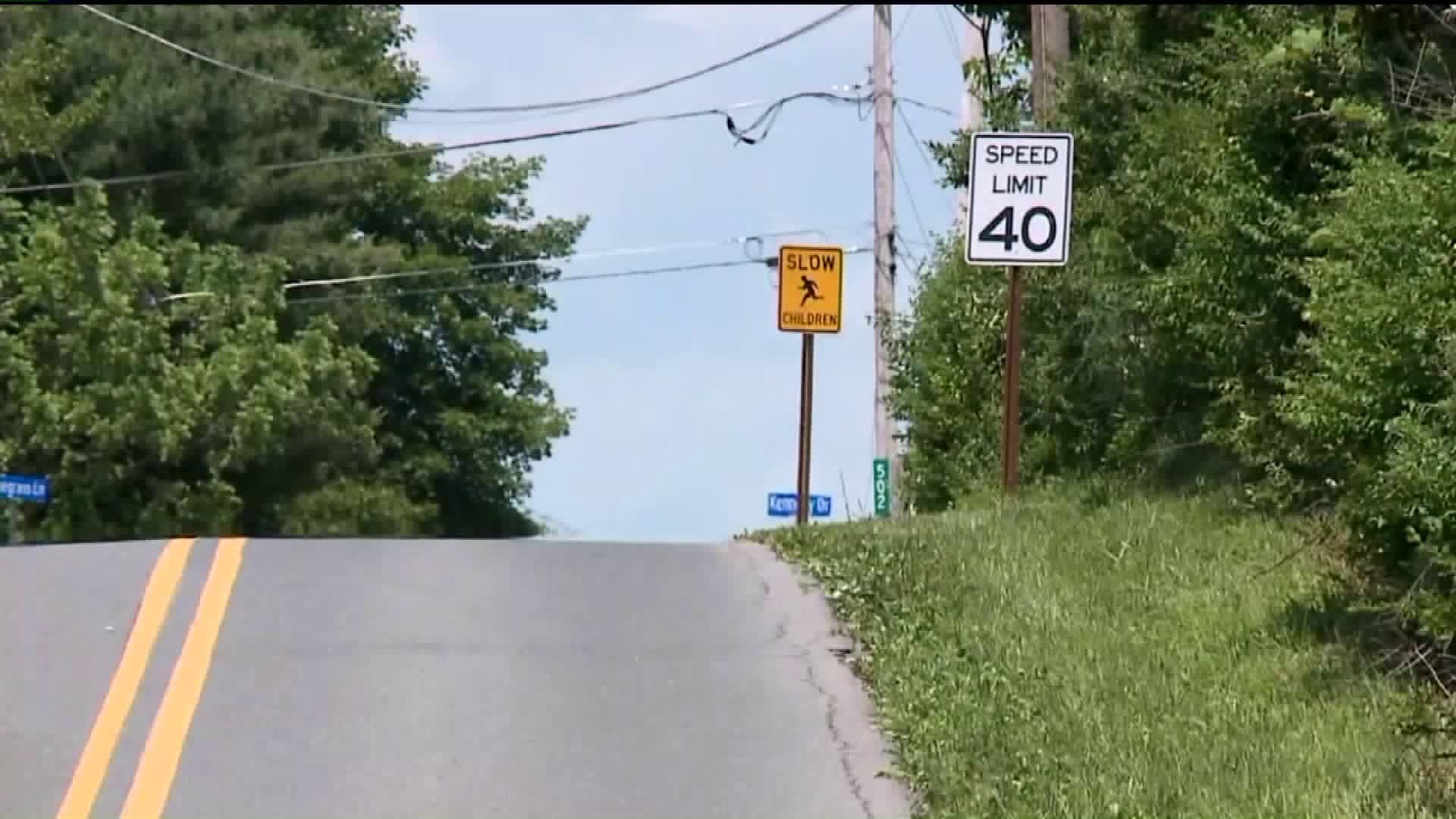 ELDRED TOWNSHIP -- Township officials in one part of Monroe County are lowering the speed limit on one of their roads.

The current speed limit on Meixell Valley Road in Eldred Township is 55 miles per hour, but after residents voiced concerns, the township decided it was time to lower it.

There are dozens of homes along Meixell Valley Road, but speed limit signs are scarce.

According to township officials, that is about to change, and so is the 55 mile an hour speed limit.

It's a relief to some people who live on this road near Kunkletown.

"Well, I think it's a good idea," said Melvin Frable. "I wouldn't mind if they change all the speed limits. They really motor through here very fast."

After residents voiced concerns about the 55 miles per hour speed limit, township officials decided it was time for a change.

Plans to lower the speed limit to 40 miles per hour on this township road are moving forward.

"I think it's a great idea because they have a hard time slowing down, coming down this hill," said Nancy Wilson. "We have children. We have farmers here that have their vehicles going up and down, and they go very slow and they don't always have an escort, so I think it's a good idea."

Once you leave Eldred Township and enter Ross Township on the same road, the speed limit goes from 55 to 40, so that is why Eldred Township officials decided to match that speed, making it consistent and safe for drivers.

"There's some crazy nuts driving up and down here going 60 or 70, 80 miles an hour and I don't think it's right," said Carl Kocher.

Officials say speed limit signs will be posted and the plan is to have more patrols out on watch.

The township is currently covered by state police at Lehighton.

Carl Kocher says he has seen troopers patrolling this road and hopes to see more when the speed limit is changed.

"Yeah, it won't hurt. I think two of them go up here every day."

Another public meeting is scheduled for next month on the speed limit change.