Snowy Owl Recovering at Center in the Poconos

HAMILTON TOWNSHIP — Pocono Wildlife Education and Rehabilitation Center near Saylorsburg is caring for a rare patient, a snowy owl. The injured bird was b... 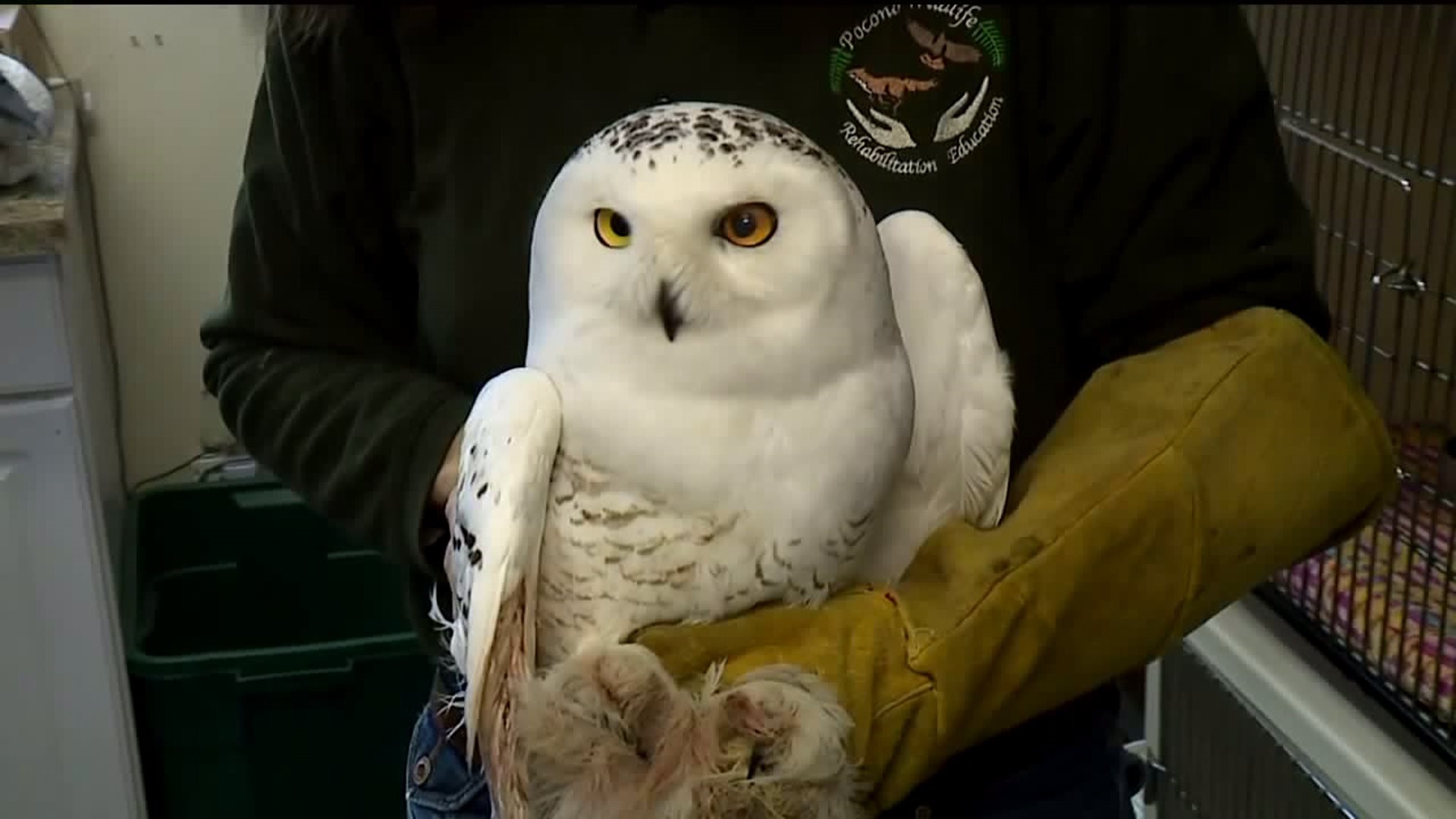 HAMILTON TOWNSHIP -- Pocono Wildlife Education and Rehabilitation Center near Saylorsburg is caring for a rare patient, a snowy owl.

The injured bird was brought to the center on Friday.

A very rare bird is being nursed back to health at @poconowildlife. This Snowy Owl was brought to the center on Friday after it was found injured on the side of Route 6 in Waymart near the State Correctional Facility. He has a bruised wing and eye but is on the mend! @WNEP pic.twitter.com/0fau4a6sYs

"We believe he probably was either blown off the road by a car or maybe even hit because he doesn't even try to fly. He's not exercising. He's not doing anything, so he is probably bruised up," said Kathy Uhler, Pocono Wildlife Education and Rehabilitation Center.

The snowy owl was found on Route 6, outside the State Correctional Facility in Waymart. Members of the center, the Game Commission, and the prison guard who spotted the bird were able to rescue it. He has a bruised wing and eye but is on the mend.

"I have handled every other kind of owl but this one, and it is exciting to get to touch an animal that lives in the tundra," said Uhler.

Right now, the snowy owl needs a lot of rest and antibiotics. But soon, he will start rehab so he can make his long journey back to the Arctic.

While the snowy owl is native to the Arctic Tundra, they are known to travel south in the winter.

And while you might think this is a little too far south, Center Director Kathy Uhler says it's not uncommon.

"This happens to be a big year for snowy owls coming down from the tundra down into our area which happens when the population of their food supply, the lemmings, their population goes up and down and when it goes down, they come down here," said Uhler.

The center director says once the snowy owl is fully rehabilitated, he will be released. However, the timetable on that is all up to this rare winter visitor.