TANNERSVILLE — Starting in March of 2015 you’ll be able to make a splash at Camelback Resort year round. It’s opening an eight-story high indo... 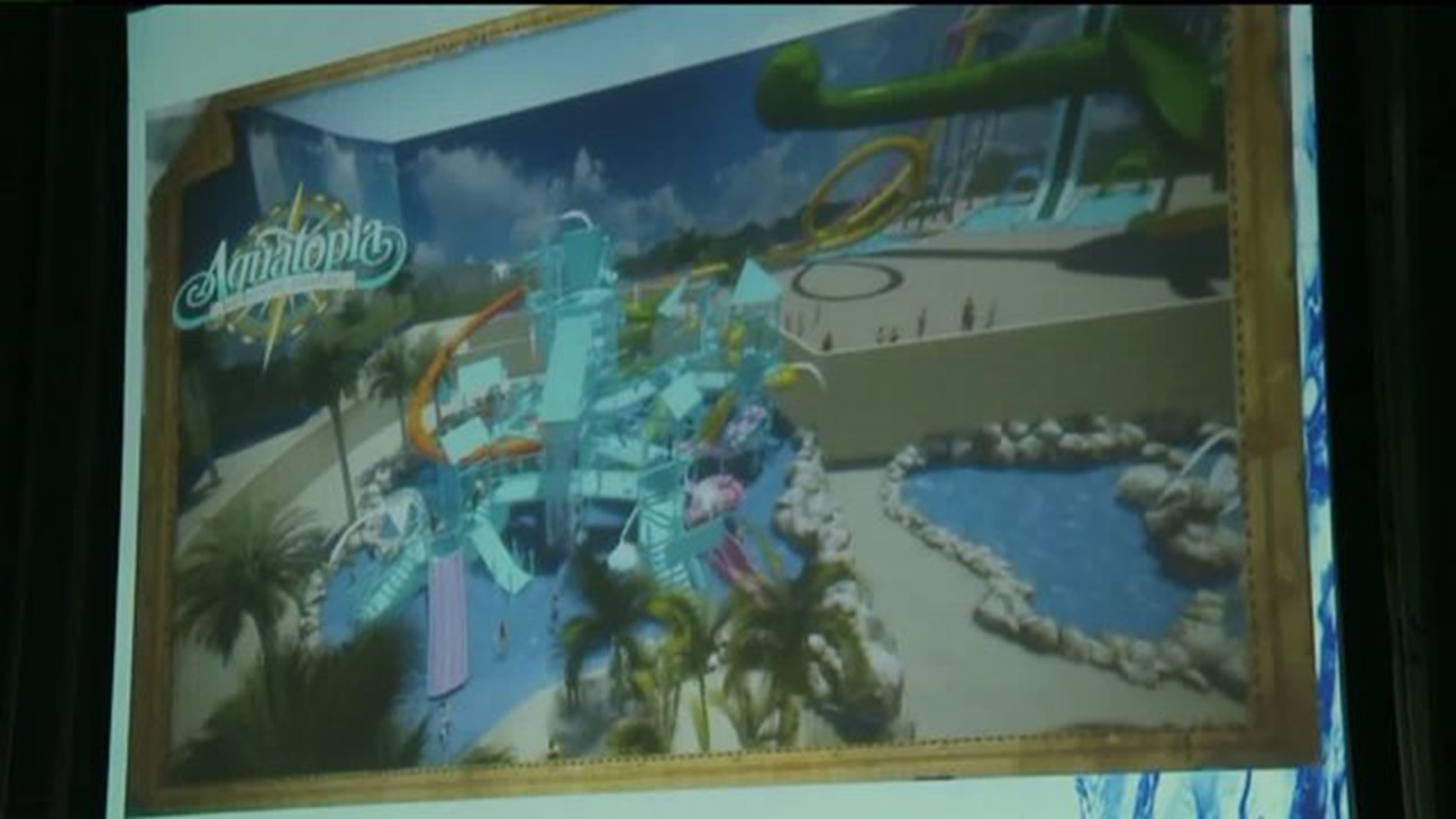 TANNERSVILLE -- Starting in March of 2015 you'll be able to make a splash at Camelback Resort year round. It's opening an eight-story high indoor water park.

The owners gave us an inside look at the multi-million dollar project that's promising to be one of the biggest players yet in Pocono tourism.

Welders were busy piecing together the nuts and bolts of this resort and soon the area will transform into the Camelback Lodge Aquatopia Indoor Waterpark -- the latest addition to make a splash in the Poconos.

"You can see it take shape and to see everybody now come and see it, their expressions, it now is becoming a real reality," said Camelback Lodge co-owner Ken Ellis.

Newswatch 16 was welcomed into the resort's newest addition that will hold a ropes course, three restaurants, an arcade, a mini-golf course, and of course, plenty of pools and slides. It even has a place to surf year-round!

"There's different levels and tunnels and dark rides and adventure so the kids and families, they'll have an adventure themselves just working their way through the park," said Ellis.

Once complete in March of 2015, Camelback says this will be the largest indoor waterpark in the United States that was built in one phase and will stand eight stories tall, with more than 450 guest rooms.

It's exciting many who rely on the tourism industry.

"A really exciting time for the region. In general we've always been a four-season destination, this is just adding to that excitement, there's always going to be something to do here," said Liz Richardson of the Pocono Mountains Visitors Bureau.

There's still plenty of construction to be done before Camelback's new indoor water park can open. The front doors aren't even put on and over here the hotel rooms are still being assembled, but they're already taking reservations.

This isn't the only new water park about to open in town. The nearby Kalahari opens in 2015 as well.

Both will compete with the already established Great Wolf Lodge near Swiftwater.

"No, actually we like it, it's critical mass," said Ellis.

Many believe the visitors will, too.

"We're going to have so many indoor water parks now it's unlike anything else that we're seeing on the east coast, so there's definitely a lot of buzz around it. People are definitely interested," said Richardson.

An average overnight stay at this resort starts at about $350 dollars for a family of four.

The resort is also looking to employ about 500 people.

A job fair will be held both November 5 and November 8.