SMITHFIELD TOWNSHIP, Pa. — Work has started on a massive retail, office, and housing community near East Stroudsburg. The Smithfield Gateway Project in Sm... 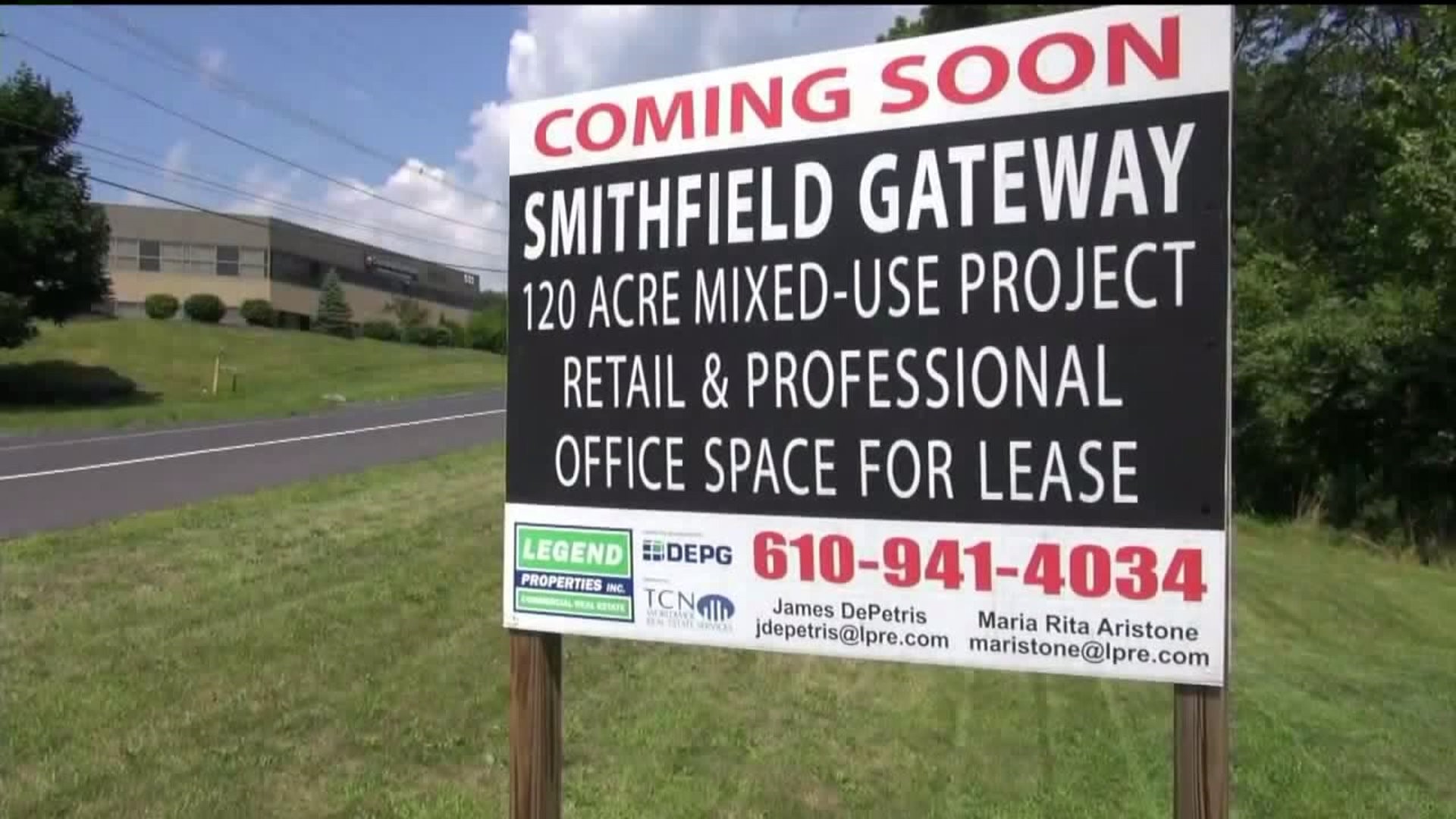 The Smithfield Gateway Project in Smithfield Township will be done in phases. Several buildings in the area are set to be demolished to make way for the development.

In the next few weeks, crews will start demolishing part of the former Mosier's Dairy Farm. Other buildings in this area will also be torn down throughout the course of the project.

The project includes office, retail, and housing units, plus some much-needed road reconstruction in this area.

The project will take over more 120 acres of land in Smithfield Township. Parts of the old farm site will come down and more than 200 apartments, retail, and office space will take its place.

"There's approximately 30 structures that are going to be demolished, Mosier's farm being one of them. Although we are going to save the actual farm building itself, which dates back to the 1850s. We'd like to see about possibly converting it into a farm-to-table restaurant," said development manager Douglas Olmstead.

One of the buildings set to come down is the Dunkin' on Route 209. However, it won't be torn down until the business can find a new location. The chain will eventually move back into the new complex.

The project will be done in phases; retail space will be built first.

The project also includes $12 million worth of road improvements.

Route 209 will be converted from two lanes to five lanes. A loop road will be built that goes through the farm property to Route 447.

"There's going to be a new intersection that's about halfway between the Dairy Queen and the Odd-Lot Outlet, a new fully signalized intersection there. A loop road will meander through the site and end up where the entrance to where the Shawnee Ridge Adult Community is located," Olmstead said.

The project will also bring up to 1,000 jobs to Smithfield Township.

Developers say it could take about five years before the whole thing is finished.