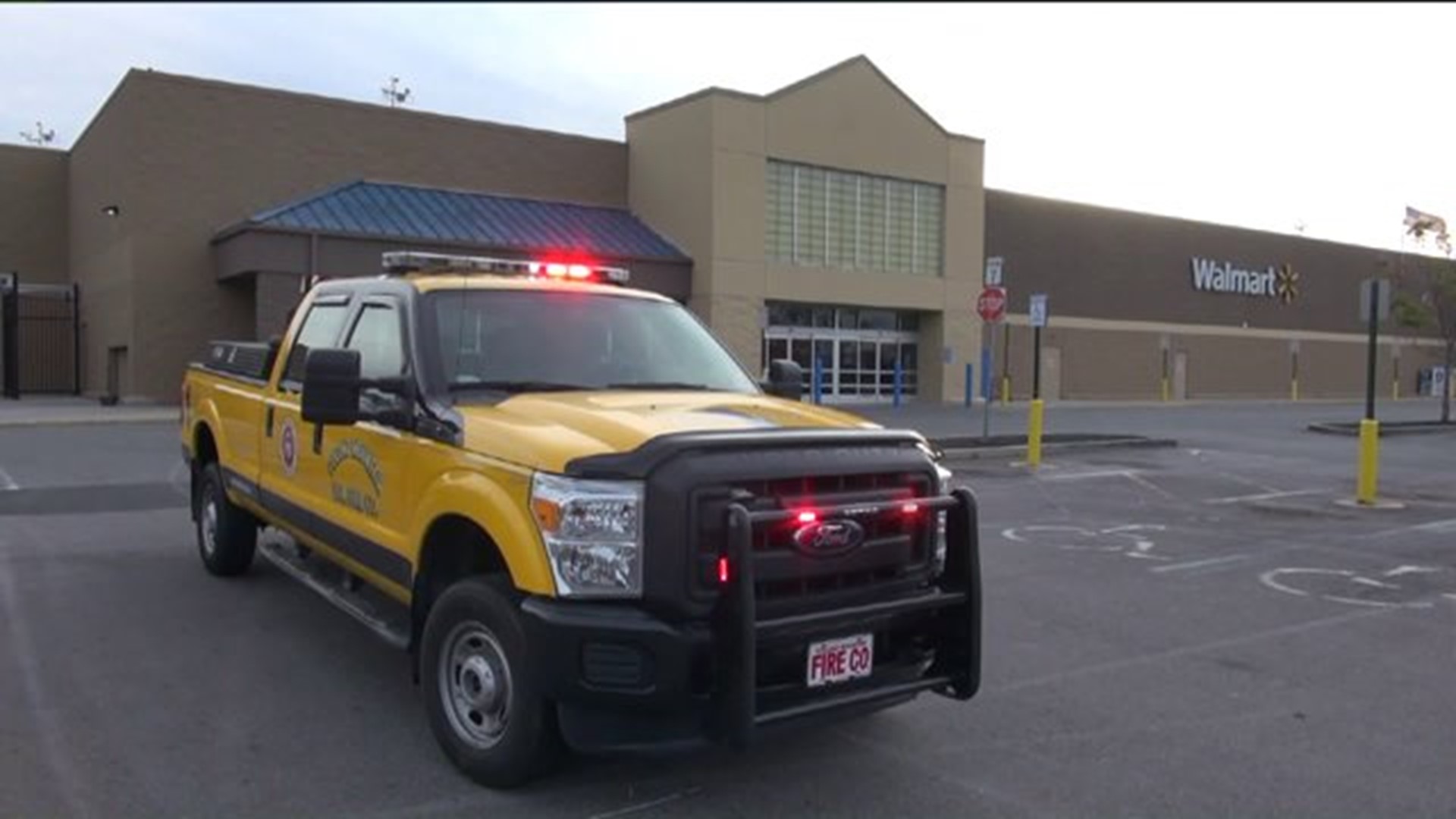 The Wal-Mart in Mount Pocono is open again, but the store along Route 940 was closed for a few hours Monday morning.

The fire department was called just after 6 a.m. The fire chief says the flames were on the roof in a heating unit.

"I imagine probably with the cold weather, they kicked it on, the heat, and something malfunctioned and it caught on fire," explained Pocono Mountain Volunteer Fire Chief Dan Luddeni.

The chief says the flames were confined to the air handler and some roofing around it.

Even though the fire department had the flames out quickly, the store was still closed. According to the fire chief, there was some smoke and water damage inside.

The chief tells us the burned air handler was over the shipping and receiving area.

After a few hours, employees were allowed inside, but not shoppers.

Mike Minnick and his daughter Emma were turned away.

"I just found out they were closed as I was walking in. I guess we're going to have to head to ShopRite," Minnick said, adding that he only needed some groceries.

The store caught fire just a few minutes after opening time. This store is one of the Wal-Marts that closes overnight.

"We're told the building was evacuated. Police were on the scene before I was and they confirmed everybody was out of there, mostly associates," said Chief Luddeni.

The Department of Agriculture was called in to check to see if there is any damage to food inside the store.