STROUD TOWNSHIP, Pa. — A new anchor store is coming to a mall in the Poconos, but it won’t be selling clothes or shoes. Newswatch 16 first told you ... 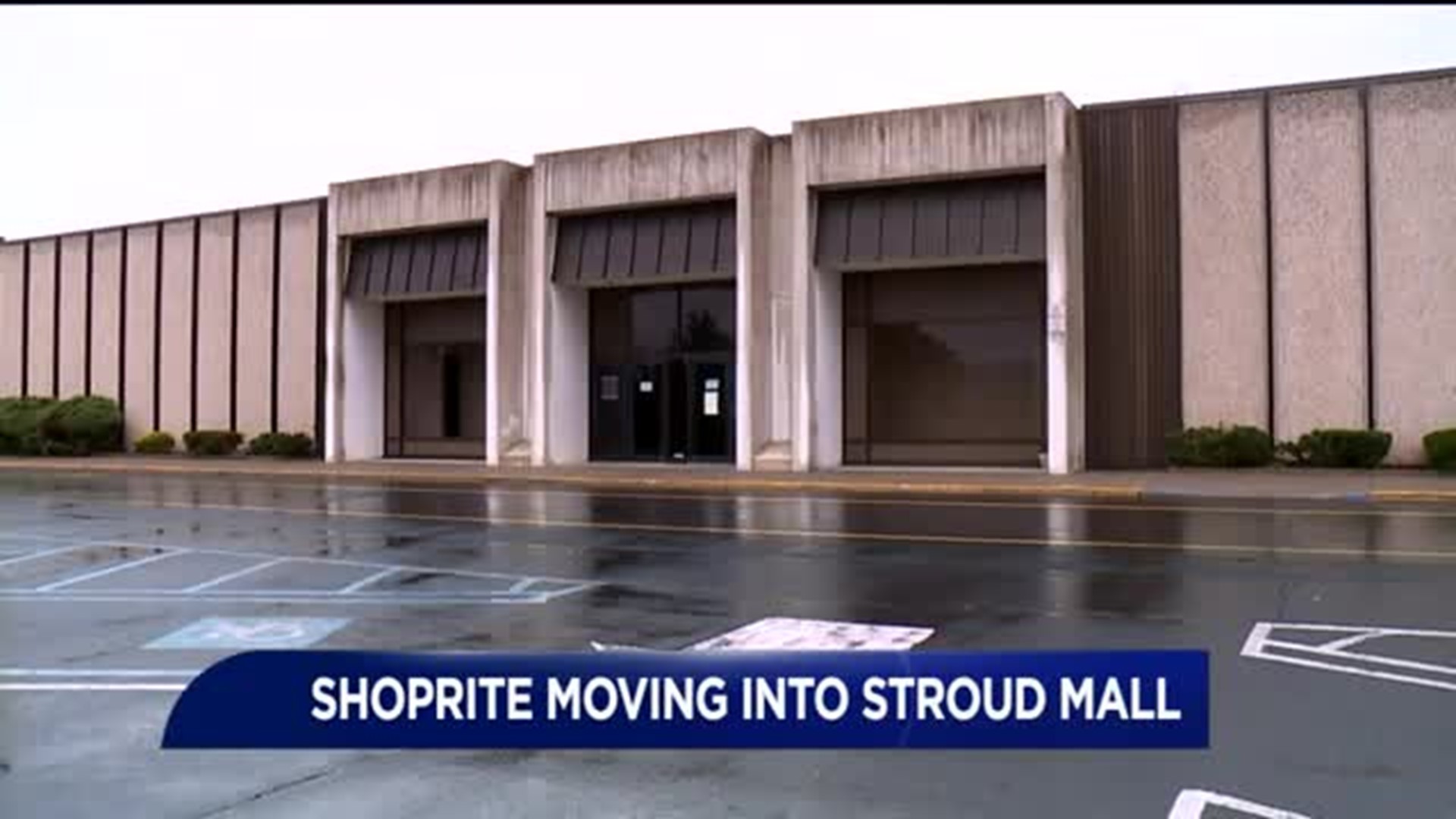 STROUD TOWNSHIP, Pa. -- A new anchor store is coming to a mall in the Poconos, but it won't be selling clothes or shoes.

Newswatch 16 first told you back in the spring about possible plans to bring a ShopRite to the Stroud Mall near Stroudsburg. Developers confirmed those plans this week.

ShopRite will move into the former Bon-Ton at the mall. Developers say construction will start shortly, and a grand opening is scheduled for next year.

We spoke to some shoppers who are happy about the announcement.

"The mall here is so empty and vacant. So this will bring more people here so the businesses can have better cash flow," Angeline Swinton said.

Newswatch 16 first told you about the possibility of ShopRite moving into the mall back in April, after we obtained a letter to Stroud Township officials from an attorney for the store seeking approval to serve alcohol at a cafe inside the store.

Heinz Kraft from Bartonsville is glad to hear the possibility is now a reality.

"It will entice more people to shop in the mall being that they are here already to shop for groceries or do it before or after if they really need something, so there is potential," Kraft said.

People who shop at the mall hoped that when Bon-Ton closed, something would quickly take its place and they are glad it's a ShopRite.

"The upscale ShopRites I've been in, in the past are very intense with good food, so I am excited about that," Monica Close said.

Monica Close just bought property in Stroudsburg and is glad to see growth in a place she intends to call home.

"As a resident, it's great. You want to see businesses striving in your residence, so it's awesome."