STROUD TOWNSHIP — Animal shelters in the Poconos are overloaded with cats after more than 70 were rescued from a home in Monroe County and this isn’... 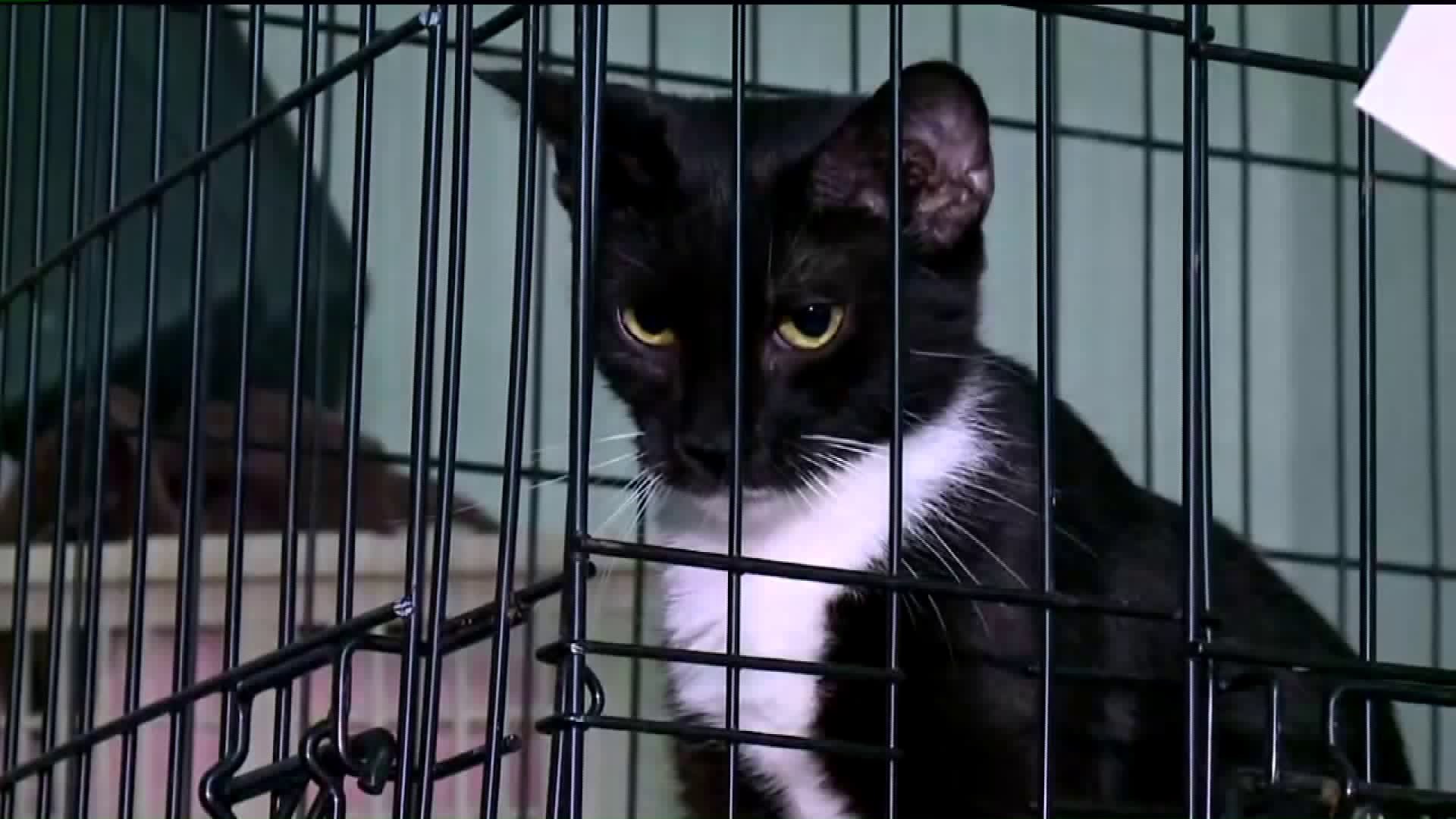 STROUD TOWNSHIP -- Animal shelters in the Poconos are overloaded with cats after more than 70 were rescued from a home in Monroe County and this isn't the first time the homeowner has hoarded felines.

The organizations are now looking for community help with donations to keep up with the amount of care each cat needs.

Crews removed 77 cats from that home near Henryville last week.

The woman who owns the home found herself in a similar situation back in 2015 when more than 100 cats were rescued.

The cats removed this time had to be split up between three different shelters in the Poconos and each organization is looking for help.

Cats and kittens inside crates at AWSOM Animal Shelter near Stroudsburg don't know how lucky they are.

More than 70 were rescued last week from a home in Paradise Township by the ASPCA and local animal shelters. More than 20 are at AWSOM.

"It was awful," said shelter manager Kim Fish. "It was extremely difficult, between Lisa and I, we were going in with masks, gloves, goodness we had booties on our feet."

The home belongs to Holly Ingram. This isn't the first time the woman from Monroe County found herself in a cat-hoarding situation.

In August of 2015, 122 cats were taken from her home. Shelter managers cannot believe it's happened again.

"She makes a habit of this which unfortunately it's an illness and our fear is that there were more cats there," said Fish.

More than 30 cats are also being housed at Camp Papillon Animal Shelter in Hamilton Township. More are on the way; six of the cats are pregnant.

"We are way past max capacity. We made our dog quarantine into a cat quarantine to accommodate," said Camp Papillon President Gerri Papillon.

Only a few of the cats that were rescued will be ready for adoption but for some of the kittens, it will take more time. That's why these animal shelters can use all the donations people can give.

Most of the cats are in OK shape, but each shelter can use help beyond food and litter.

"If anyone can get ahold of some Revolution, because they have ear mites really bad and it's the best way to get rid of their ear mites," Papillon said.

"Anyone willing to volunteer to help us clean would be fantastic. It is a lot of strain on our shelter with the limited resources that we have," Fish added.

Newswatch 16 stopped at the home of Hollie Ingram in Paradise Township but she was not there. There is no word on if any charges will be filed this time.