Many nonprofits are scrambling to help offset the loss of donations coming in, including the Salvation Army and its Red Kettle Campaign. 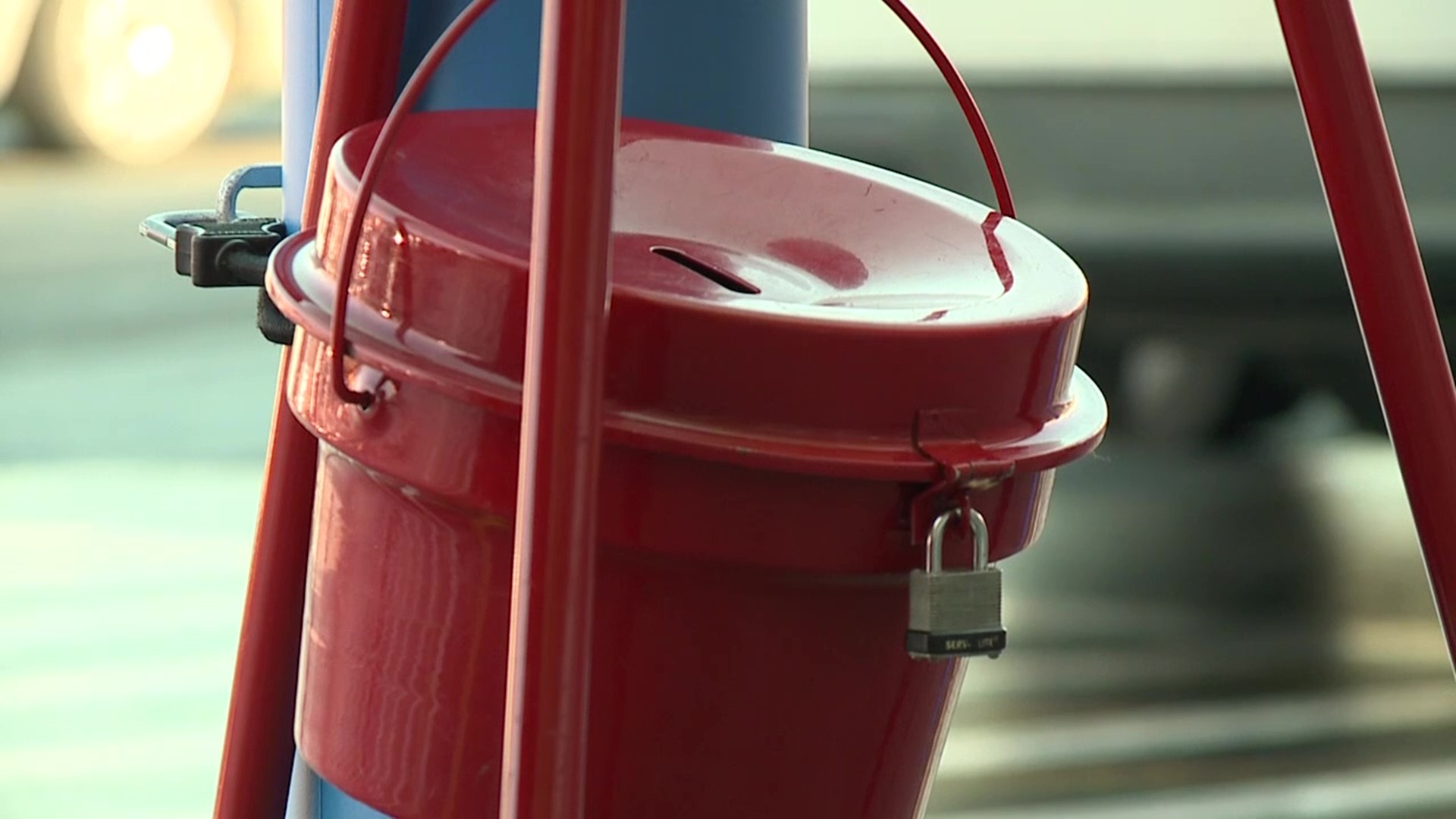 EAST STROUDSBURG, Pa. — As the coronavirus closed businesses, leaving many without jobs and looking for help, the Salvation Army has done what they can to step up.

In Monroe County, the organization has served over 1.3 million meals and provided many people shelter. But the pandemic has affected the Salvation Army's income as well, by not being able to host fundraisers.

"Between October and January, we generally raise about $200,000, and we are in desperate need of funding to replace some of that income," said Jason Lesh, the Monroe County Salvation Army Events and Development coordinator.

The most well-known fundraiser for the group is the Red Kettle Campaign, which raises the most money for the organization. That, too, is in jeopardy in Monroe County. Lesh says with many businesses regulating how customers go in and out, the number of kettle stations will drop, decreasing the amount of money that is usually raised.

"National contracts are still being negotiated by the Salvation Army. We started working on local contracts for the kettle campaign," said Lesh.

Another problem the Salvation Army of Monroe County is facing is, because of COVID, they can't even transport their volunteers who want to help.

The Salvation Army of Monroe County plans to put countertop kettles in area businesses near the end of October, and bell ringers and kettles will be phased into locations starting November 1.