MOUNT POCONO — Part of Route 611 was closed in Mount Pocono after an RV on fire literally rolled down the road late Friday morning. This RV fire happened ... 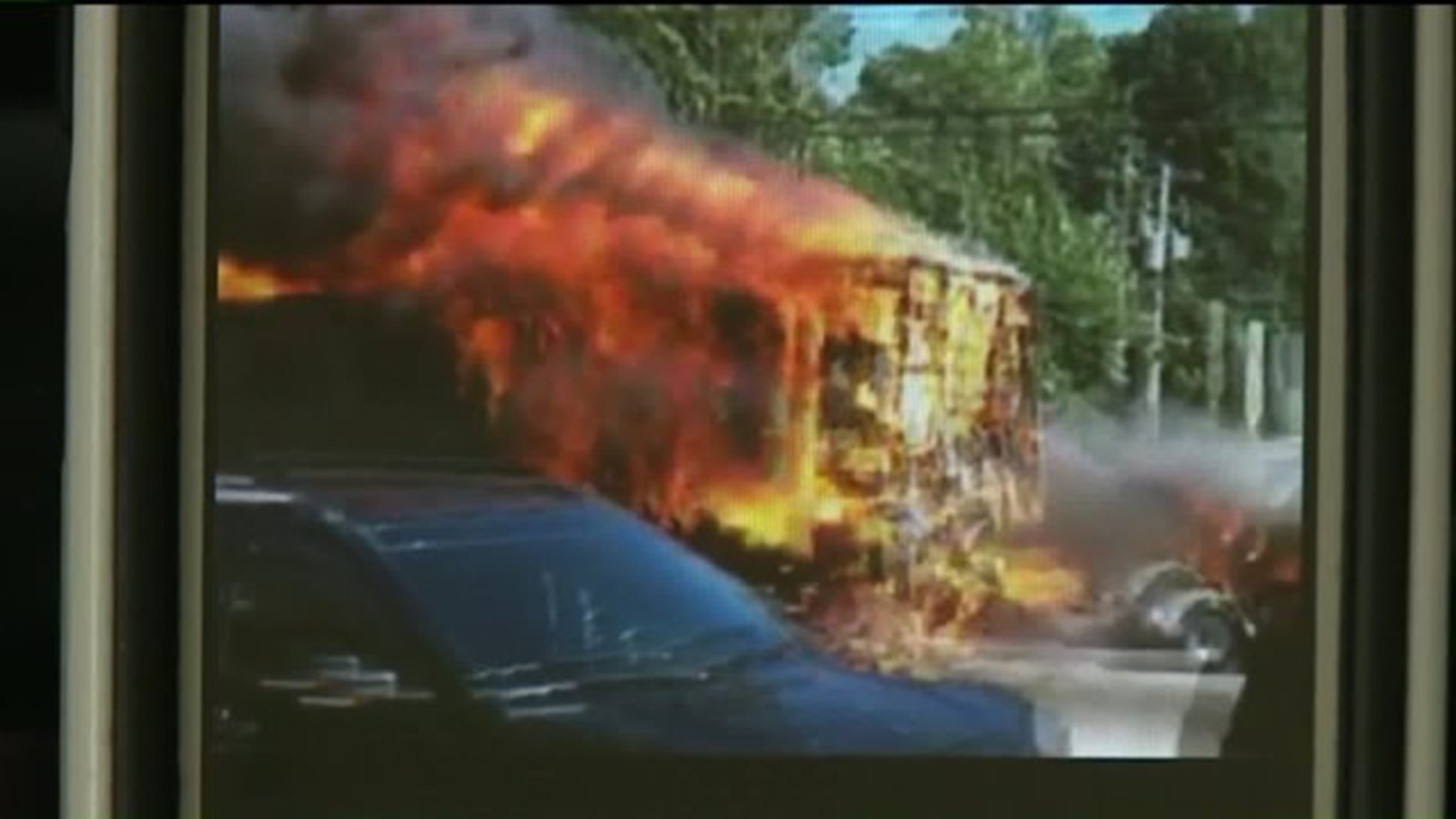 MOUNT POCONO -- Part of Route 611 was closed in Mount Pocono after an RV on fire literally rolled down the road late Friday morning.

This RV fire happened right in the heart of Mount Pocono in the middle of the day and a local assistant fire chief actually watched as it all unfolded.

Owner Joseph Salce says he lived in that RV with his girlfriend.

"We were just driving along and all of a sudden smoke started rolling out of the back of the motor home," Salce recalled. "I pulled over, thank God we were able to get everything out."

It happened on a busy stretch of road and Pocono Mountain Volunteer Fire Company's assistant chief just happened to be driving by. He watched it unfold, too, not able to do much without his fellow volunteers.

Officials say the RV caught fire, then the brakes went. The SUV being towed by the RV broke off and hit a parked car catching that on fire.

"It was very scary," said Yiani Liu. "I was using the camera, the video you know, it's burning. It's very crazy."

"I heard the explosions and came down and seen everything engulfed, like a propane tank or something blew I guess," said Darryl Thomas of Bangor. 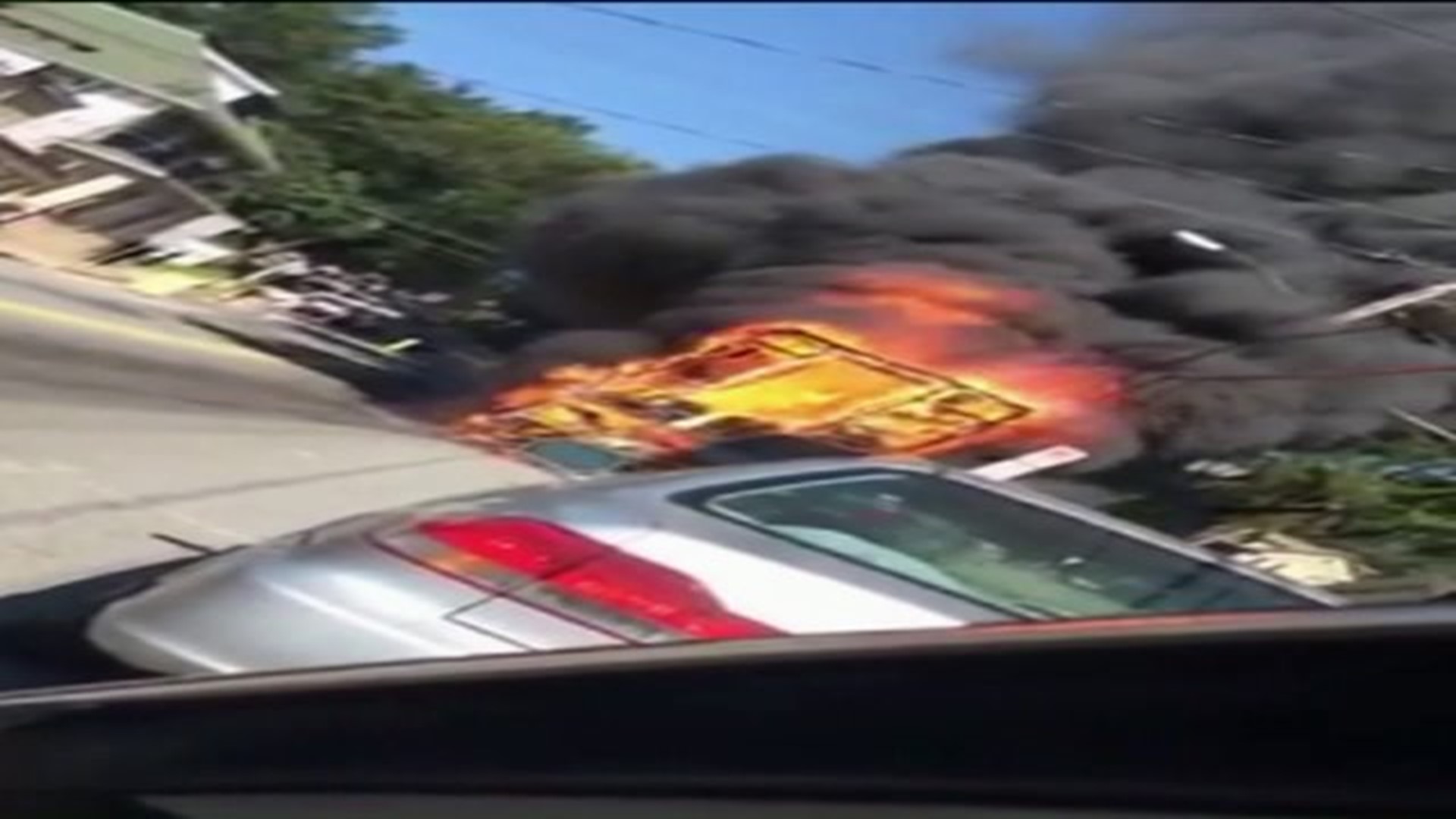 Christopher Chmielnicki of Mount Pocono said he saw the flames and jumped into action when he heard there was a woman inside that RV.

"I climbed inside the RV on my hands and knees and I felt around and I found her, I'd say more than three-quarters of the way toward the back, where the bedroom is. I found her unconscious so I picked her up and I carried her all the way to the stairs," Chmielnicki said.

Chmielnicki was taken to the hospital and treated for smoke inhalation.

While there, the veteran of the Navy who served in Iraq said he got time to meet with the woman he rescued.

"Just standing outside the door and hearing the tears going back and forth was, it was tough. It was tough. I'm so proud of him," said Nicole Palmer, his fiancé.

About a quarter-mile stretch of Route 611 was closed for hours as crews worked to repair utility lines. Borough officials say unfortunately, the borough clock and a monument were destroyed by the fire, but they hope to rebuild and replace those.

"The good thing about it is that God has blessed us that no one was injured. There was a lot of major damage to our infrastructure, the roads, the telephone wires, the cable wires," said Mount Pocono Borough Council Vice President Karl Davis.

The couple lived in that RV and say they lost everything. They are being assisted by the Red Cross.