POCONO TOWNSHIP, Pa. — Hundreds of runners will hit the pavement this weekend for the annual Run for the Red Pocono Marathon. But this year, there is a bi... 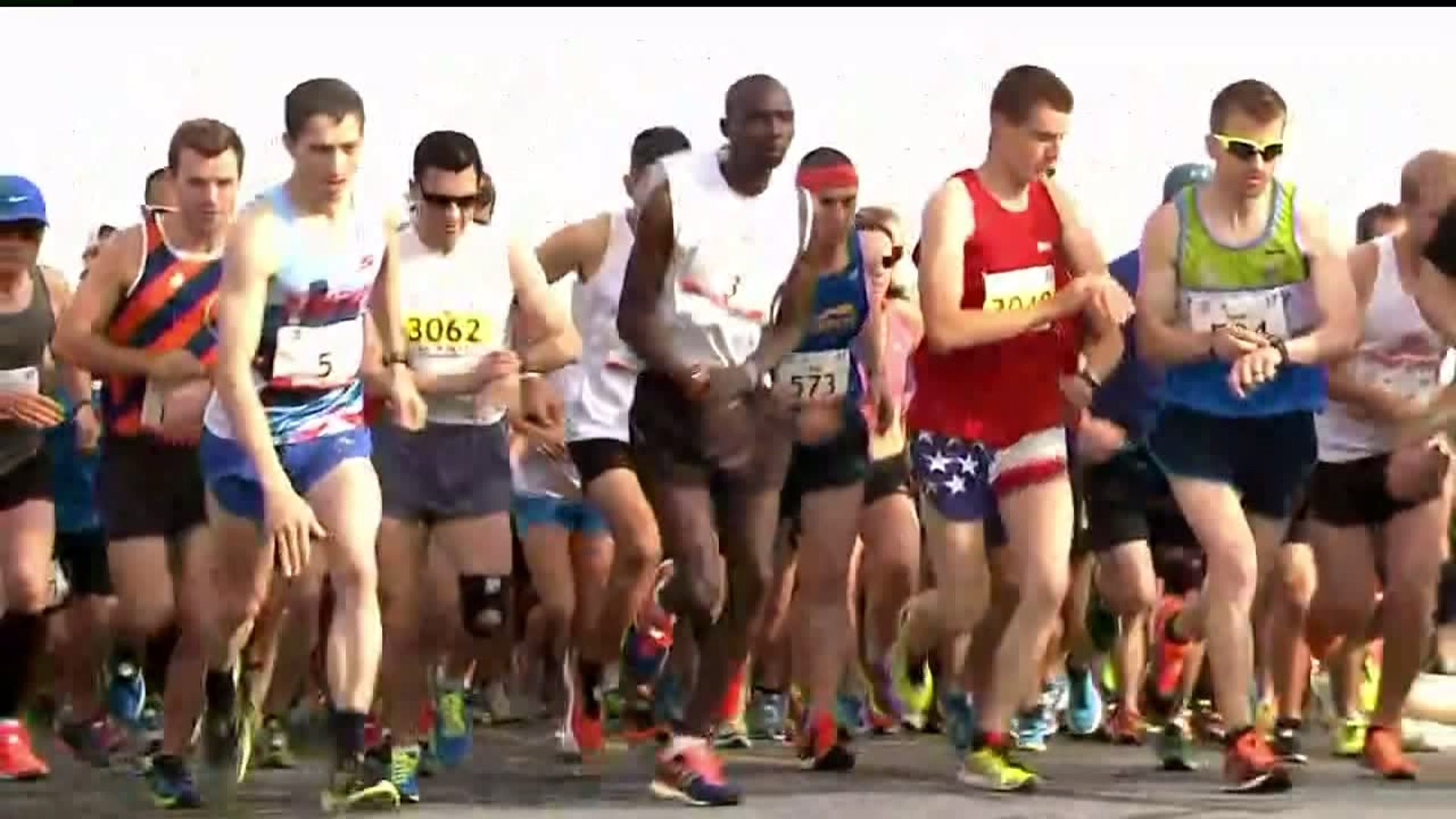 POCONO TOWNSHIP, Pa. -- Hundreds of runners will hit the pavement this weekend for the annual Run for the Red Pocono Marathon.

But this year, there is a big change. Because of a PennDOT project that is happening near Mount Pocono, organizers had to come up with a new plan for runners.

The starting line this Sunday is at Northampton Community College in Pocono Township.

Steven Dickison from Bushkill is in his work clothes now.  On Sunday, he will be in shorts, a t-shirt, and sneakers.

He's running this year's Run for the Red Pocono Marathon.

"I am really excited. This will be my first marathon as far as, I've been a long time runner, I just never ran like any type of competition or in anything. I've just always run. I like to run. I am super excited. I've been training since December," said Dickison.

Both the marathon and half-marathon raise money for the American Red Cross.  The races will be run on a new course this year. The race will start at Northampton Community College near Tannersville and end at Stroudsburg High School.

Part of the old route is now blocked because of a PennDOT project on Route 191 near Mount Pocono.

"It's always a challenge to go out and find another route that, number one, works, two, that doesn't interfere with PennDOT and number three that you would think some of the runners would enjoy it," said Robert Werts, Run for the Red volunteer.

Now because of the new course and because runners will be moving with traffic, organizers say it's very important for both drivers and runners to be aware of their surroundings.

Organizers have had to change the course a few times in the past because of construction projects.

Because the race is a Boston Marathon qualifier, the course needs certification.

"We have to get it certified by the U.S. Track and Field and it has been certified so it will be a Boston qualifier again this year," said Werts.

Some runners who have traveled the course say it's going to be a challenge. But really, when is 26.2 miles on foot ever easy?

"Being local I know those roads really well. I mean, I drove it and was like, 'Well, there are a lot of hills, ups, downs, curves, and back roads.' It's challenging but I look forward to it," said Dickison.

The marathon and half marathon will take place on Sunday at 7 a.m.