ROSS TOWNSHIP — One year ago, a community in the Poconos was devastated by a mass shooting at a township supervisors meeting. Three people were killed. No... 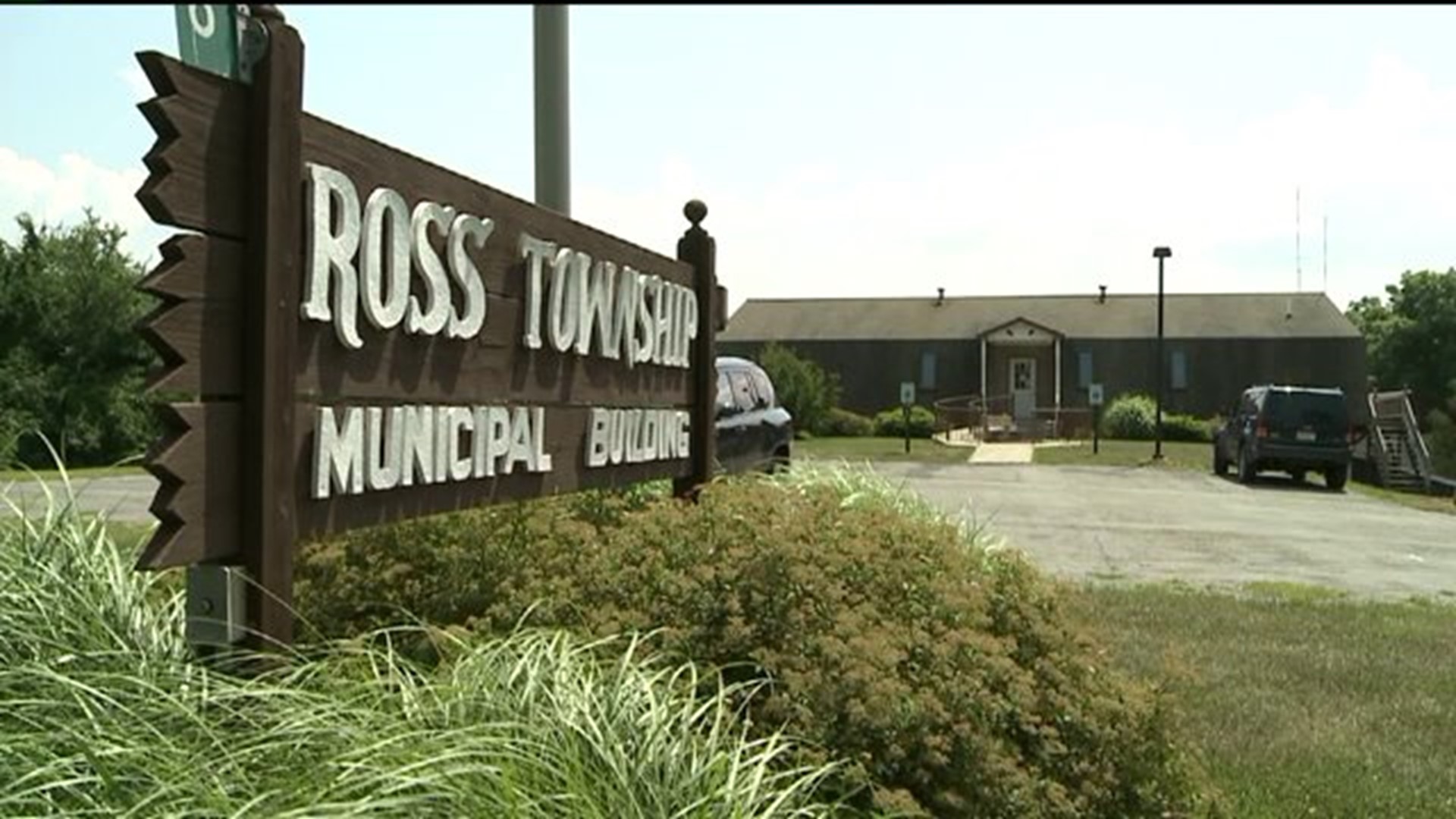 ROSS TOWNSHIP -- One year ago, a community in the Poconos was devastated by a mass shooting at a township supervisors meeting.

Three people were killed. None of the three was believed to be an intended victim of the shooter.

As you can imagine, a lot of people who lived through the rampage in Ross Township last year do not want to relive it.

There are lots of reminders of what happened that day in August last year, a deadly day that many won't soon forget.

A lot has changed in the year since the Ross Township building near Saylorsburg came under fire.

A security guard is stationed at the entrance, cameras keep watch, and three crosses sit outside the building. It's all part of the way this community is dealing with what unfolded that night last August 5th.

Police said the gunman opened fire during the township supervisors meeting. When it was over three men were dead, three other people were hurt, and one man accused of doing the unthinkable.

"The halogen lights, I thought they were short circuiting. My husband said, 'That's gunfire, get down!'" Linda Kozic told Newswatch 16 weeks after the shooting.

Kozic was shot in the leg and survived. Her husband Jerry Kozic died, along with David Fleetwood and James LaGuardia. Rockne Newell was arrested and still awaits trial.

"I could have easily been there at that meeting. I guess it's providence I wasn't here at that time," said Amit Mukherjee who serves as a consultant for a religious retreat in the township.

Mukherjee was at the township meeting Monday night and said the mood was somber as everyone tries to move forward.

"It is hard to get past this though. I think it will always remain a part of you," he said.

Prosecutors said a dispute over a property between township supervisors and its former owner, Rockne Newell, came to a head one year ago. Newell is now behind bars and in the last couple months, the township took control of the property and cleaned it up. But it still serves as a reminder of that dark day."

"You never, never thought Saylorsburg, Pennsylvania would see anything like this," said Suzanne Transue who lives in the township.

One year removed from the shooting, folks like Suzanne Transue are still mourning for and with the victims like Linda Kozic.

"She must be missing her husband terribly. Thoughts are with her and the victim's family."

Rockne Newell is still facing trial for the deadly shooting at the Ross Township building one year ago.

The township plans to build an entirely new facility in the wake of what happened last year.