Robbers Attack Man, Use His Card to Withdraw Cash from ATM

STROUD TOWNSHIP, Pa. — Police in Monroe County are looking for two men who are accused of brutally assaulting a 20-year-old victim inside the parking gara... 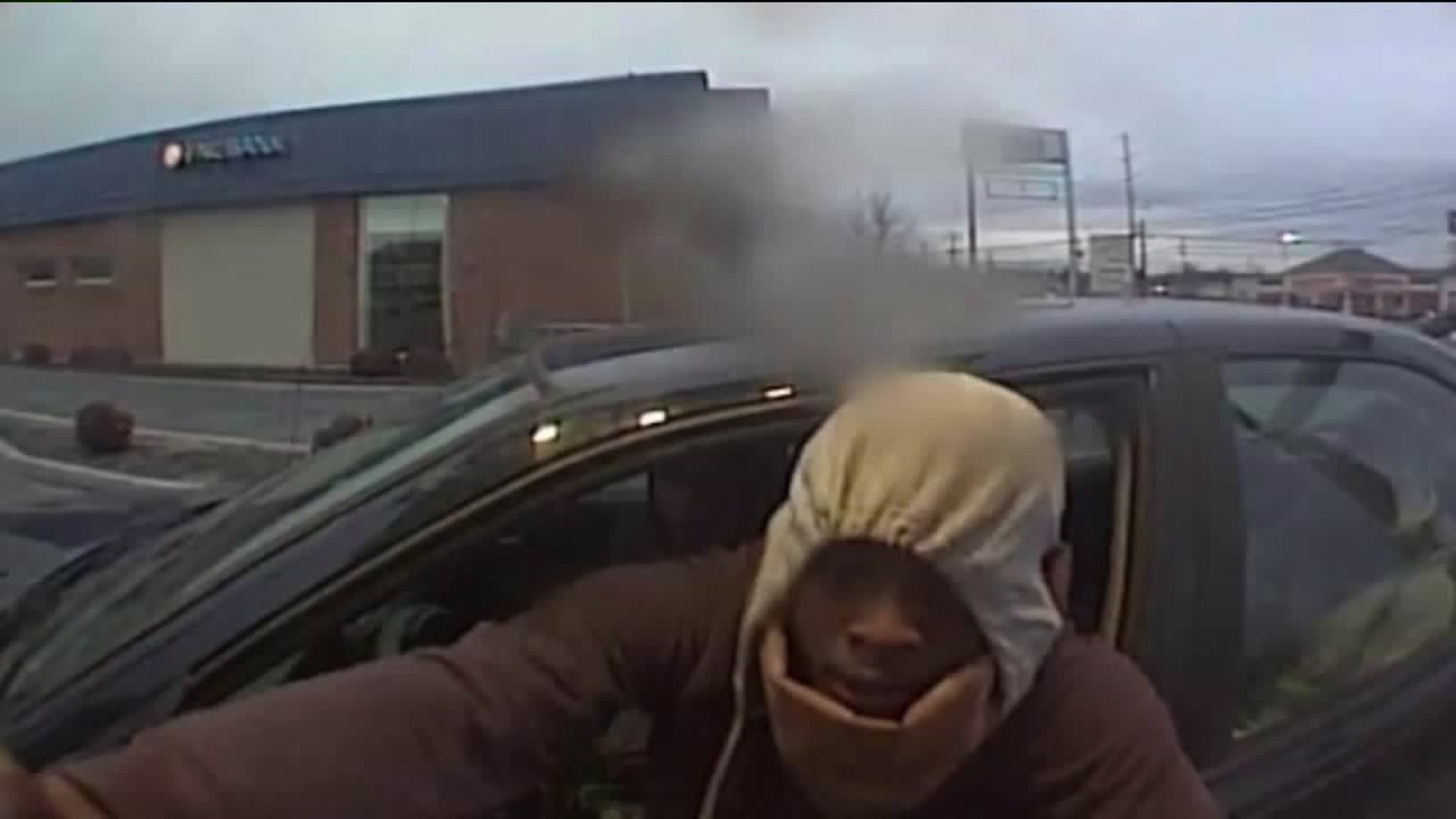 STROUD TOWNSHIP, Pa. -- Police in Monroe County are looking for two men who are accused of brutally assaulting a 20-year-old victim inside the parking garage at the Stroud Mall.

Stroud Area Regional Police say the victim was walking in the lower parking deck at the Stroud Mall around 6:30 p.m. on March 20. Two men forced the victim into his own car at gunpoint. One of the men got into the driver's seat. The other got in the back.

Kevin Scheetz of New Jersey works at the mall and heard about it the night it happened.

“One of the ladies came out and said they just beat up a kid on the side of the mall, and they kidnapped him,” said Scheetz.

Investigators say the men drove to an ATM where surveillance cameras got pictures and video of the two men.

Robbers Attack Man, Use His Card to Withdraw Cash from ATM

They took money out of the victim's banking account by using his debit card. The victim says the robbers beat him again and left him unconscious in his car.

The victim later said he woke up later in his car alone and called 911. He was taken to the hospital.

“It's overwhelming. This neighborhood used to be really nice,” said Scheetz. “Everybody moving into the neighborhood, it's just shot.”

“Unfortunately, I think part of the problem is that the mall is kind of vacated,” said Lorna Lewis from East Stroudsburg. “It's pretty empty and so it lends itself to causing people to think like maybe they can get away with things like that because there's not a lot of traffic.”

“It's scary. It's a scary situation and we just got to be more aware of our lookouts, maybe check the time and make sure you're together with your kids and not alone maybe, especially late at night,” said Julie Montiel of East Stroudsburg.

Detectives on the case say the victim was treated and released from the hospital.

Anyone who recognizes the two men is asked to call Stroud Area Regional Police.