MOUNT POCONO, Pa. — Dave Elders has been working and maintaining busy roads in Mount Pocono for many years. He understands just how dangerous the job can ... 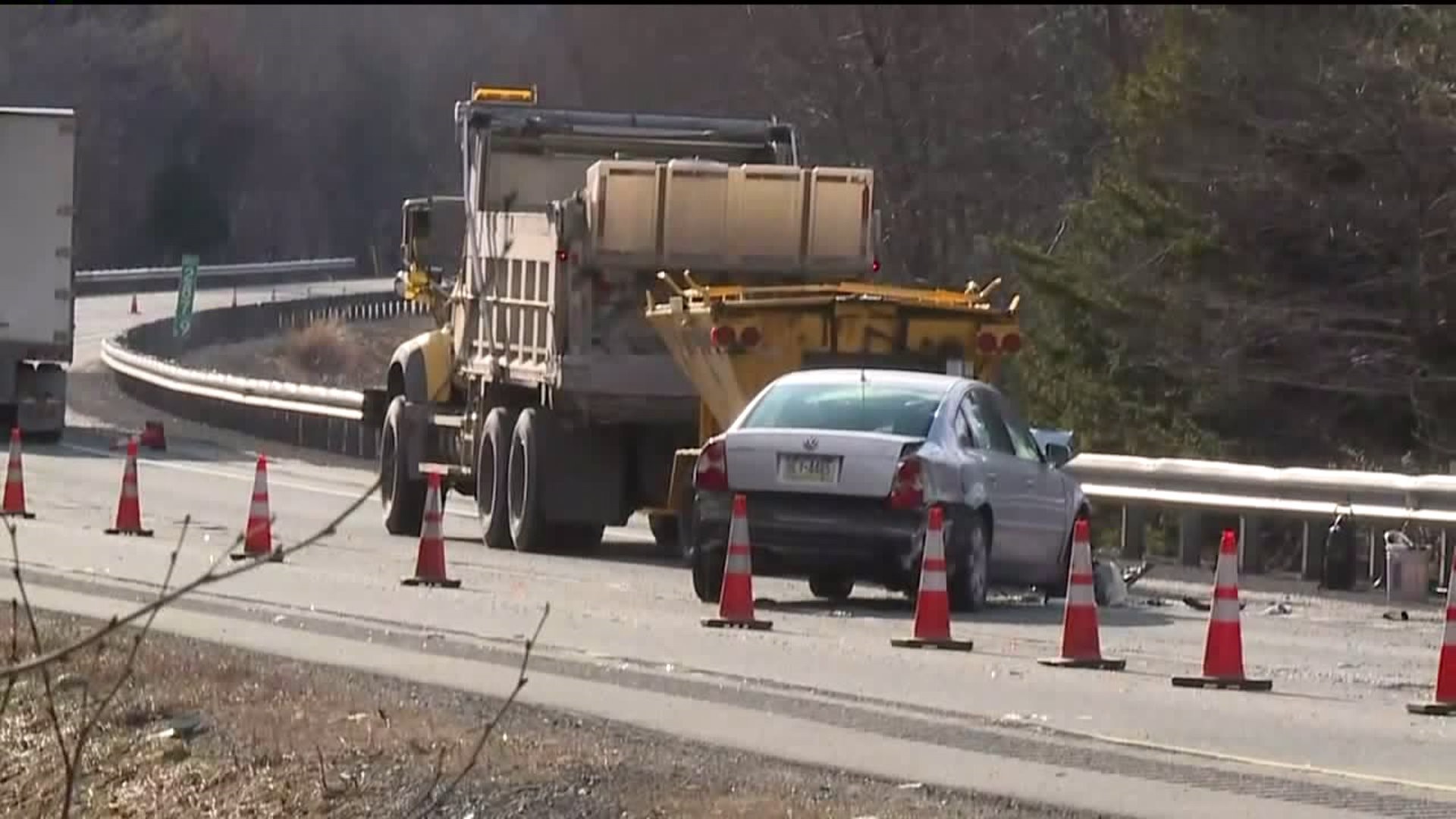 MOUNT POCONO, Pa. -- Dave Elders has been working and maintaining busy roads in Mount Pocono for many years. He understands just how dangerous the job can be.

"Sometimes we think we are taking our life in our own hands when we are out working in the road because people have tunnel vision. Where they are going and that's all they are and it's very dangerous for us," said Dave Elders, Mount Pocono road maintenance.

The plea for extra caution comes during National Work Zone Safety Awareness Week and after three PennDOT workers were hit on Interstate 80 west near Blakeslee on Tuesday.

The workers were patching potholes when a tractor-trailer rear-ended a car and pushed it into their work zone.

State police say the crash happened beyond where a "bump truck" had been placed to protect workers.

"If you see yellow flashing lights, there is something going on. Take consideration because we all have families at home too," said Elders.

People who work out on roadways say it's just as important for drivers, as it is workers, to be aware of their surroundings, especially in work zones, so something like this doesn't happen again.

Jim Schlier owns Schlier's Towing in Pocono Township and hauls away vehicles on highways and other roads every day.

"It's tough being out there. You're fighting elements, daylight, when it gets dark out. Sometimes the sun gets in people's way of being able to see. So, it all goes back to being observant and watching out for another person," Jim Schlier, Schlier's Towing.

The tractor-trailer driver who troopers say caused Tuesday's crash is facing charges for following too closely.

One of the workers hurt is still in the hospital.  The others have been released.