STROUDSBURG  — A restaurant in the Poconos is encouraging families to put down their phones at the dinner table. Owners of Sarah’s Corner Cafe on Ma... 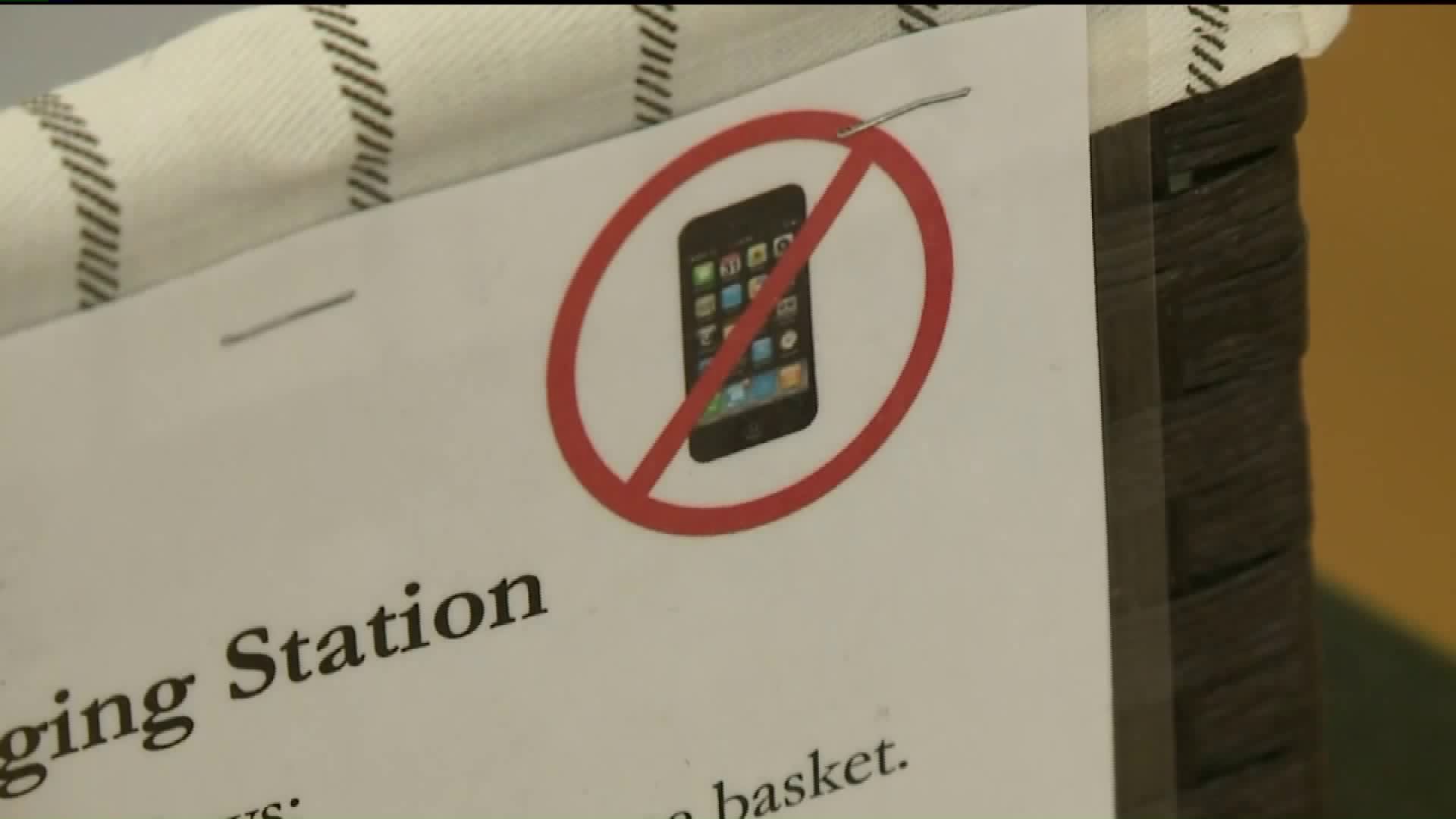 STROUDSBURG  -- A restaurant in the Poconos is encouraging families to put down their phones at the dinner table.

Owners of Sarah's Corner Cafe on Main Street in Stroudsburg will take 10 percent off your tab, as long as you keep your eyes off your phone.

The rules to getting that discounted meal are posted on a big sign right outside. Families of four or more will receive 10 percent off their bill.

We talked to some people who took the challenge and found it to be easier than they thought.

The message hangs next to the specials at Sarah's Corner Café: "This is family charging time, leave your phone in the basket."

"It's great," said Susan Deboer. "You need more one on one with people. There is too much technology and people don't talk to people anymore. There is no interaction with people, so it's good."

Families of four or more who put their cell phones away will receive 10 percent off their tab.

Christina Conte from Stroudsburg says the only thing in her hand at the table was her silverware.

"I think it's cool because we can talk to our family instead of, like, on our phones texting people."

Some other people think during a time where text messages and social media trump actual conversation, this is a good effort to get on board with.

"We just sat here shooting the breeze, talking about what have you and no one picked up their phones. It was nice," said Charles Mullaney.

People we spoke to would like to see more places advocating getting rid of this distraction so they can distract each other. They say there is nothing worse than sitting across from someone at the dinner table with their face in their phone.

Susan Deboer from Bartonsville says she doesn't need the discount. She likes the idea of cell phone-free time with her children.

"I don't even care about that just don't have the cell phone so we can talk to each other. That is better."

The hope is to continue this effort and promote more family time at Sarah's Corner Cafe.