CHESTNUTHILL TOWNSHIP, Pa. — In just a few weeks, children and teens will hit the street in Halloween costumes to go Trick-or-Treating. The October tradit... 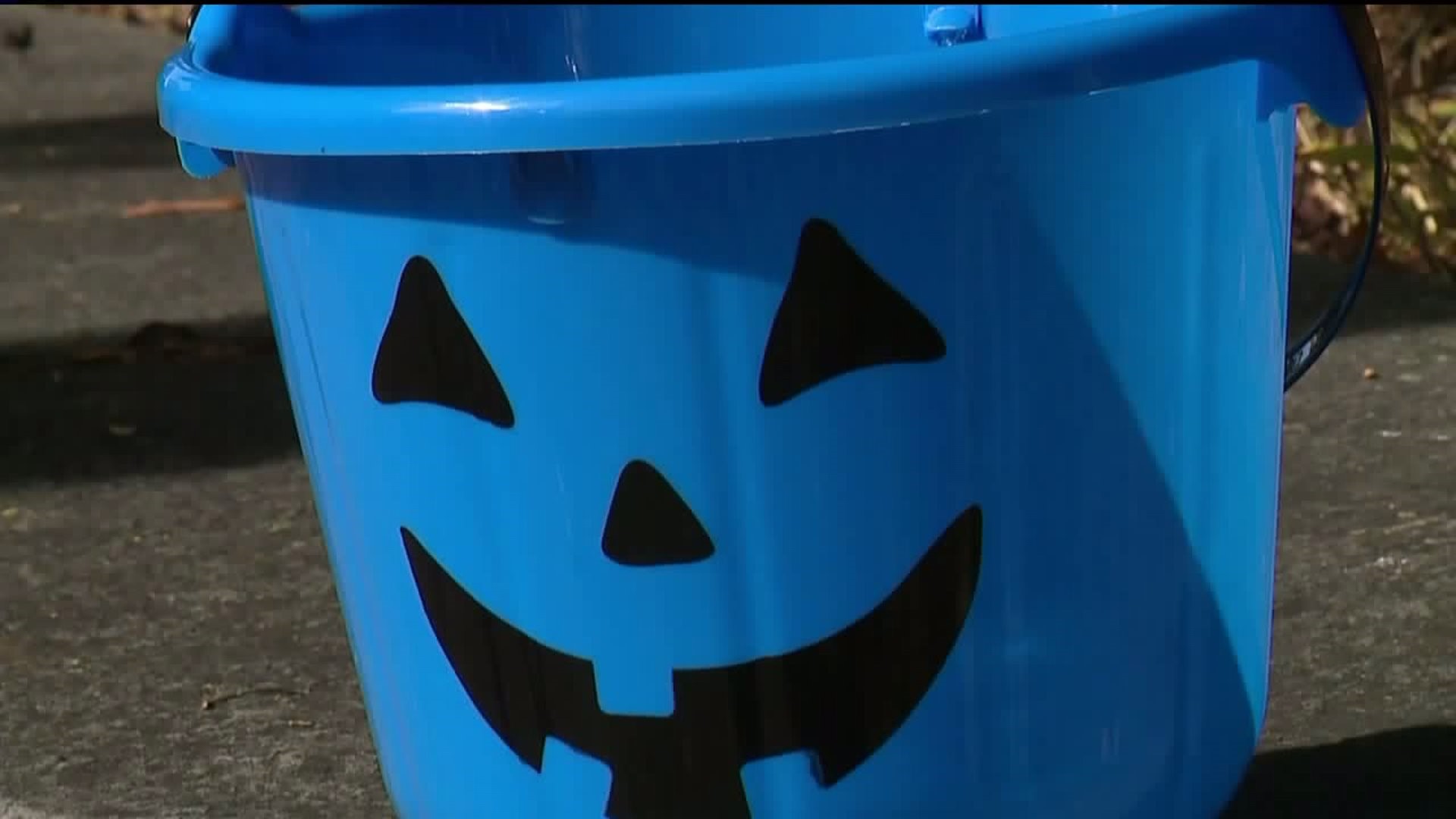 CHESTNUTHILL TOWNSHIP, Pa. -- In just a few weeks, children and teens will hit the street in Halloween costumes to go Trick-or-Treating.

The October tradition of going door-to-door, saying "boo," and getting a handful of candy is easy for most people. However, for some who have autism, it can be challenging.

Michelle Koenig from East Stroudsburg has a 5-year-old son with autism.  He's going out for the first time this year.

"It's hard. I think it's hard for them, but it's getting easier. People are becoming more accepting of it and people are aware. It's good and it's getting better," said Michelle Koenig, East Stroudsburg.

This Halloween, you might see some children carrying blue buckets.

A viral Facebook post explains that the buckets are meant to alert candy givers that the child or teen might have autism, may be non-verbal, and can't say things like "trick-or-treat" or "Happy Halloween" in exchange for candy.

Staff members at Pennsylvania Autism Action Center near Brodheadsville know about the initiative and think it's great.

"We love this campaign. It really gives our kids an opportunity to go out, no matter their age and experience Halloween," said Rachel Brnilovich, PAAC clinical director.

Parents hope this blue bucket message continues to spread so that kids who have autism will feel included while they are out trick-or-treating.

"Taking notice of the blue bucket and then just treating them like a child, how any child would be, give them the candy and just move on," said Brnilovich.

"It gives people a chance to understand, maybe they can't say "trick-or-treat" and it opens everyone's eyes," said Koenig.

The blue buckets don't have any special tag or logo.  It doesn't even have to be a bucket, just something blue.

The blue buckets shouldn't be confused with the "Teal Pumpkin Project." That's meant to raise awareness for food allergies.