TOBYHANNA — A man accused of setting fire to a restaurant in the Poconos turned himself in at federal court in Wilkes-Barre on Friday. This is the same ma... 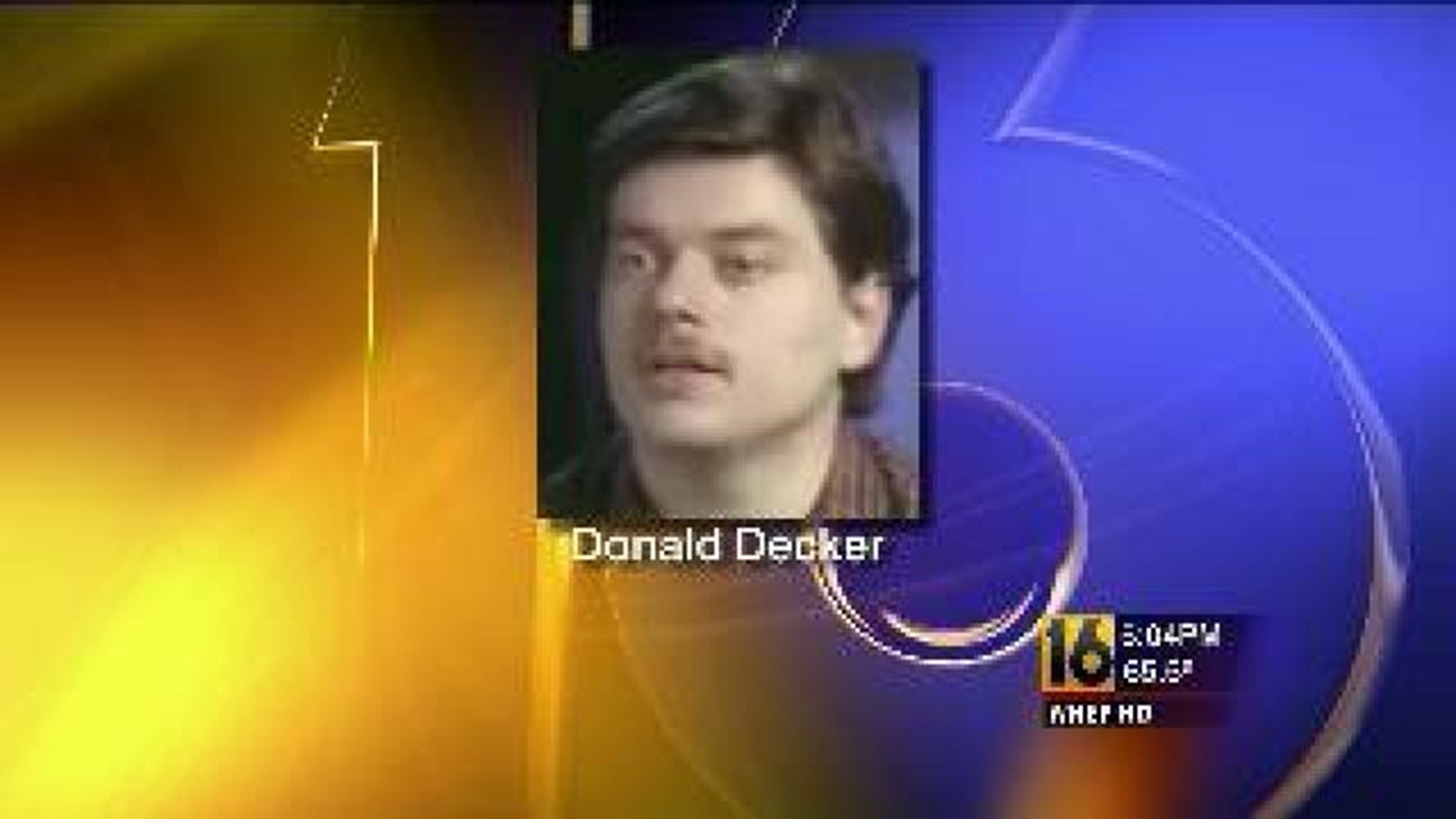 TOBYHANNA -- A man accused of setting fire to a restaurant in the Poconos turned himself in at federal court in Wilkes-Barre on Friday.

This is the same man who back in the late 1980s starred in an episode of “Unsolved mysteries,” because of claims he could make it rain, and to this day that case is still a mystery to police in Stroudsburg.

Donald Decker voluntarily turned himself in Friday afternoon in federal court in Wilkes-Barre for setting a restaurant on fire last year in Tobyhanna.

This isn't the first time Decker has had a run-in with the law.

Back in the 1980s, police in Stroudsburg investigated a bizarre case involving Decker, which remains a mystery to this day.

Donald Decker of Gouldsboro was interviewed on the primetime national show “Unsolved Mysteries” back in the 1980s for being known as “Rainman,” a man who could actually make it rain.

Now, he’s getting attention again, but this time he's facing federal arson charges for setting Dana`s Restaurant and Tavern in Tobyhanna on fire last year. Investigators said he was hired  by the owner to burn down the business.

Back in the early 1980s Donald Decker was known as “Rainman” to Stroud Area Regional Police who said Decker could make it rain.

Detective Richard Wolbert was on the case back then, and said he still can`t explain it.

Wolbert said the call back in the 1980s started off as an investigation into a plumbing problem at a home in Stroudsburg where Decker was staying at the time.

“It definitely wasn't a plumbing problem. It was just appearing, flying around the room. I was still wearing glasses at the time, and I was getting struck in the face, so it was really strange,” said Wolbert.

Wolbert said it's a case to this day, he has no explanation for.

“There was something going on in that house. I really don't know what it was. His explanation is that a relative passed away and that had something to do with it, but that came from him,” said Wolbert.

Decker is free on bail. Officials said it`s because he is not a flight risk.

As for the unsolved mystery involving Decker, Newswatch 16 tried to interview more witnesses, but they turned us down because they said what they saw is too upsetting to talk about.