Thousands are making their way to Monroe County for one of the biggest summertime events in the Poconos. The Pocono 400 will be the first NASCAR race at Pocono ... 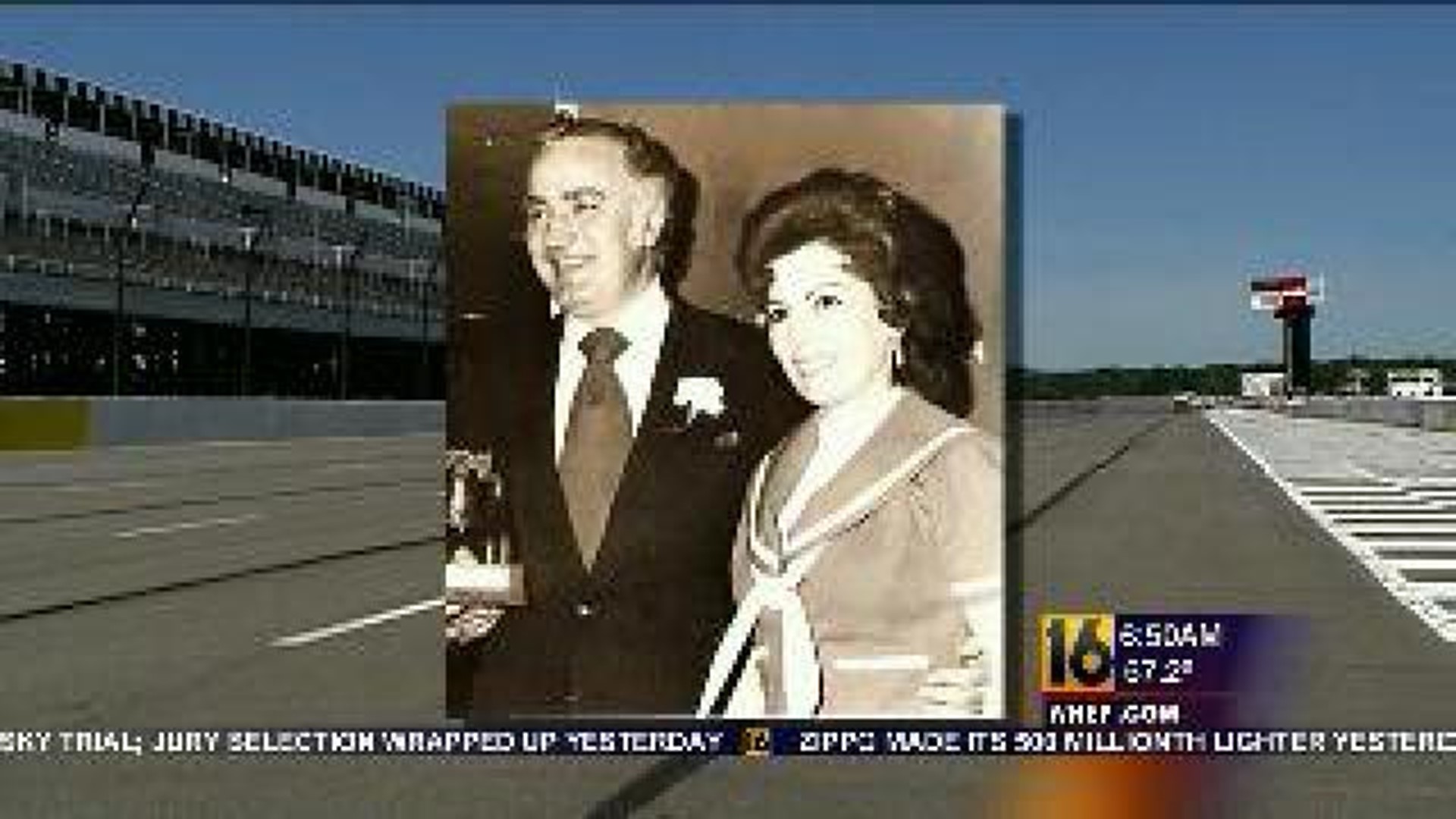 Thousands are making their way to Monroe County for one of the biggest summertime events in the Poconos.

The Pocono 400 will be the first NASCAR race at Pocono since the passing of its legendary founder Dr. Joseph Mattioli.

In her first television interview, Dr. Rose Mattioli talked about more than just her husband’s passing including the future of the racetrack

It’s been almost two years since Newswatch 16 first visited the Mattioli residence across the street from the track they founded - Pocono Raceway.

In 2010, Doctors Joe and Rose sat down with us to talk about everything from racing to their college love affair that led to 60 plus years of marriage.  They actually married twice, hiding the first ceremony because their family didn't think they had the money to wed.

"Then about two years a later, we had an old-fashioned Italian wedding and got married again,” recalled Dr. Joe. “And played it off, they never knew."

Now his wife Rose is preparing for the first NASCAR race in Long Pond without her husband of 63 years.

“He was exceptional, a wonderful man. I want to make sure he’s honored in the right way,” said Dr. Rose. “We’re going to miss him. We do miss him.”

But this vibrant 84 year old added that despite Doc’s absence, fans can still expect the Pocono Raceway experience they’ve come to love.

“I think everything will run smoothly. And if it doesn’t, put your finger up and tell me,” laughed Dr. Rose.

Rose says she’s made it clear to her family they all must continue Doc’s tradition of racing excellence, and that assignment includes Rose’s grandson and racetrack president Brandon Igdalsky.

“You don’t mess with an Italian grandmother,” he laughed. “You learn that at a very young age.”

Plans to honor Doc Mattioli at this weekend’s Pocono 400 include commemorative decals on all race cars and a commemorative pin also available at souvenir stands for $10.

“I’m going to be very proud that they’re going to be doing that and they recognize the fact he was the force behind everything. He was the brains behind it all.”

All of the proceeds from the decals and pins will go back to the Mattioli Foundation to continue Doc’s legacy of giving back to the community.

One thing Dr. Rose says she promised Doc is to make sure his vision for the future of the track is carried out.