Pride Flags Flying in Downtown Stroudsburg for the First Time

STROUDSBURG, Pa. – -It’s a first on the streets of downtown Stroudsburg. LGBTQ Pride flags were put up for Pride Month. Rainbow flags line the 700 b... 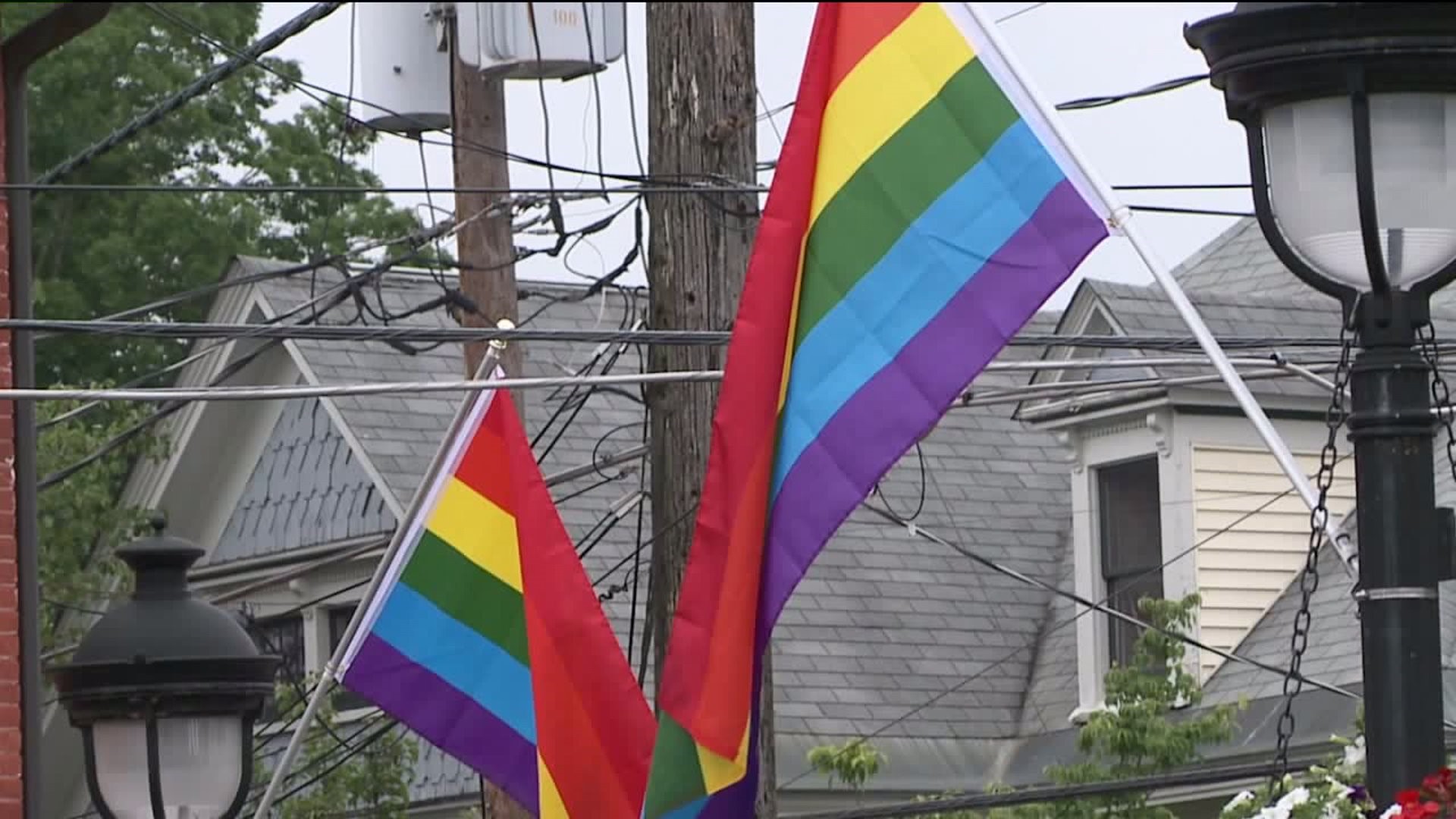 STROUDSBURG, Pa. - -It's a first on the streets of downtown Stroudsburg. LGBTQ Pride flags were put up for Pride Month.

Rainbow flags line the 700 block of Main Street and down to the courthouse.

"It says a lot. It would make me feel welcomed. I think that's important," Jan Hoffman said.

"It's very positive because it's spreading a message to people that might have different views," Sera Heil said.

"I have no issue with it. I like people to express their feelings. They have all rights to. Everybody is human at the end of the day," Jahrod Amoroso said.

Novus Care Services paid for roughly 25 flags to be flown here in downtown Stroudsburg. It's an owned and operated LGBT company.

Borough council and the mayor's office unanimously approved the decision to fly the rainbow flags.

Mayor Tarah Probst said she wasn't worried at all about the flags being a potentially controversial issue.

"Whoever is upset about it, I'm sorry that they're offended, but truthfully it's all good and it's a positive thing," Mayor Probst said.

"It's a wonderful way to welcome them to the university and the town. It's cool and we accept you. I think it's accepting and I think it's important to people to feel accepted," Hoffman said.

The pride flags will be on display through the rest of the month.